The TOEFL iBT test is offered in the state of Vermont. The list below shows testing locations for computer based TOEFL exam. Please scroll down to find the most up-to-date list of available test centers (including addresses) in Vermont. 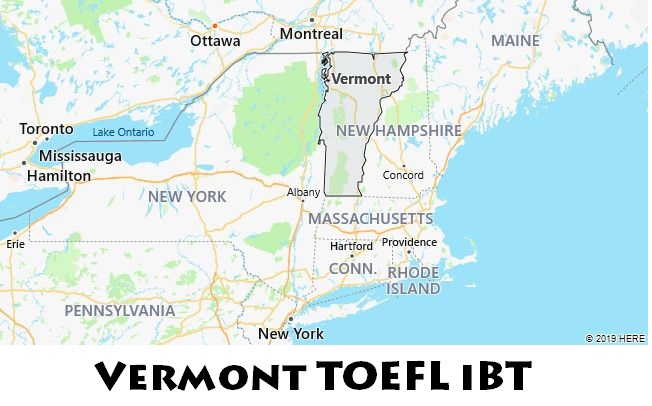 Short for VT, Vermont was admitted to United States on 03/04/1791. The capital city is Montpelier. With an area of 24,901 km², Vermont has a population of 624,594. The population density is 25.08 people per km². According to ALLCITYCODES, Vermont has 1 area codes: 802. If you need to call your testing center, please be sure to add such an area code before phone number you are given.

Some Notable Vermont Natives and Residents