The TOEFL iBT test is offered in the state of Utah. The list below shows testing locations for computer based TOEFL exam. Please scroll down to find the most up-to-date list of available test centers (including addresses) in Utah. 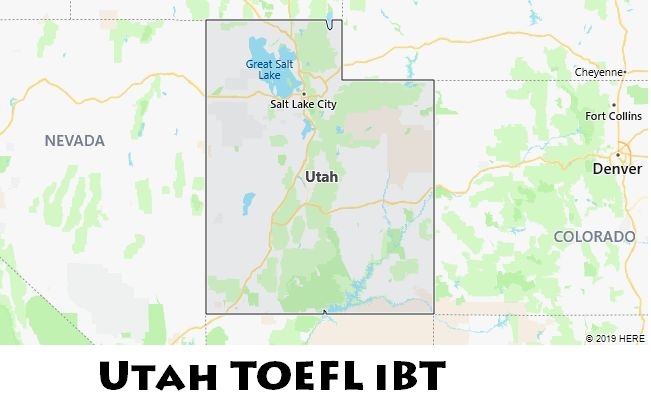 The population of Utah

About 2,860,000 people live in the state of Utah (thirty-fourth most populous among the states of the United States). The average population density in the state is about 13.2 people per km 2 (41 places in the USA).

The largest urban agglomeration in Utah has grown around Salt Lake City with about 1,150,000 people (forty-eighth on the list of US metropolitan areas). Other large urban formations formed around Ogden (about 560,000 people) and Provo (over 540,000 people).

The racial composition of the population of Utah:

In recent years, in Utah, as in other states of the southwestern United States, the number of Hispanics has rapidly increased, including immigrants from Mexico, Chile, Peru, Colombia and other countries in the region.

The majority of Utah’s residents are descendants of Northern Europeans. The largest ethnic (national) groups among the population of Utah:

The largest Utah populations by religion are:

The vast majority of the state’s residents are members of The Church of Jesus Christ of Latter-day Saints (Mormons). This situation has developed historically, because it was the Mormon settlers who founded the first settlements in Utah in the middle of the 19th century. Despite the fact that the LDS Church does not officially interfere in political life, in practice its dominant position has a very significant impact on life in Utah: the state’s population is traditionally very conservative, it has a much higher birth rate and less divorce than other US states.