According to the College Board, there are 1 test centers for SAT and SAT Subject Tests in Mauritania. Please note that before you register either of the SAT exams, you should choose your test date and test location. Each testing location is affiliated with an educational institution, such as high school, community college, or university. The following test centers administer one or more of 2019 and 2020 SAT tests in Mauritania. 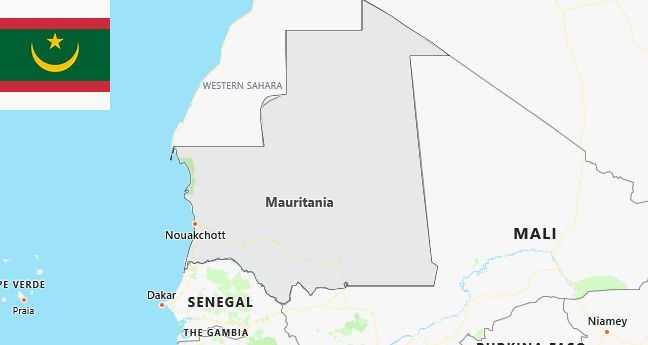 According to the constitution adopted by referendum on July 12, 1991 (revised by referendum on June 25, 2006), Mauritania is a presidential republic. The constitution, which declares Mauritania an Islamic, indivisible, democratic and social state, enshrines the separation of powers and party pluralism. Islam is the state religion and Sharia Basis of case law. The President, directly elected for a period of five years (his term of office was limited to two terms), acts as head of state and commander-in-chief of the armed forces; it has extensive powers, appoints the prime minister and can dissolve parliament and impose a state of emergency. The legislature lies with the bicameral parliament, consisting of the National Assembly (147 members, elected for 5 years) and the Senate (54 members, who are elected for 6 years by the municipal councils and 3 co-opted members). Senate elections take place every two years for a third of the members. In another constitutional referendum on August 5, 2017, the population voted for the dissolution of the Senate.

The national flag, anchored in the constitution of March 22, 1959, shows the rising yellow crescent moon with the five-pointed star in the middle of the green cloth. The flag symbolizes Islam in the Sunni direction. With the constitutional amendment of 2017, the flag was given a red stripe at the top and bottom to commemorate the willingness of the population to shed their own blood for the independence and territorial integrity of the country.

Instead of a coat of arms, Mauritania has a state seal, which was established in the law of August 3, 1960. It shows a five-pointed star and a crescent moon below it. In front of it are a date palm and two millet cuttings. On the edge is the official name of the state in French and Arabic.

The national holiday is November 28th, it commemorates the gaining of independence in 1960.

Mauritania is divided into 12 regions (Wilajate) and the capital region Nouakchott (with 9 districts).

The law codified in 1961 based on the French model (with Sharia courts existing in parallel) was replaced by Islamic law (Sharia) in 1980. The legislation continues to follow a western pattern, but must be in accordance with Islamic law. In addition to the Islamic Court of Justice, there is a Supreme Court, an Appeals Court, a Special Court for State Security and a Constitutional Court. The courts of first instance consist of a high court, local Islamic judges and the labor court.

The media landscape is relatively diverse and freedom of the press is guaranteed. However, informal bans on topics and pressure on journalists limit reporting.