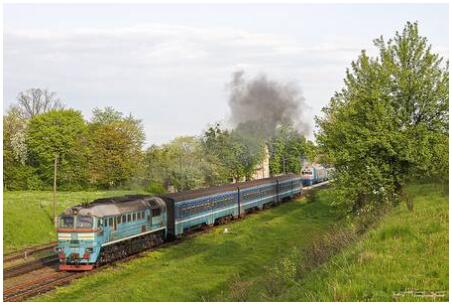 Ukraine’s population has been shrinking continuously since the 1990’s. The country ranks 220th (out of 234) in the global ranking of population growth. Demographic changes are particularly rapid in rural areas. 70% of the Ukrainian population live in cities. Rural settlements are dying out due to high levels of migration. However, village death goes back to the Soviet era when village communities and structures were partially destroyed. The war in eastern Ukraine triggered further demographic changes in 2014. According to the Internal Displacement Monitoring Center, there are 1,630,000 internally displaced persons in Ukraine who have fled the eastern areas and the Crimea. Most of the IDPs moved to the urban centers in the east of the country such as Dnipro, Charkiv or Zaporižžja and to Kyiv.

The population density of Ukraine is 71.4 p / km 2. The most populated regions are in the east and west, and the most sparsely populated are northern and central Ukraine.

According to iamhigher, Ukraine is a country located in Eastern Europe. Ukraine has well-developed air routes, rail and road networks, pipelines and shipping lines. However, the outdated transport system needs to be modernized and reformed.

The railway is still the most important means of transport in Ukraine. The railway and the rail network, which covers approx. 22,000 km and is largely electrified, belong to the state company Ukrzaliznycja. Passenger traffic includes long-distance trains and regional trains that require reservation.

Most area centers and some county towns have an airport. The largest international Ukrainian airport is Kyiv Boryspil ‘, which is about 30 km from the capital. The second international airport near the Ukrainian capital is in Žuljany. In addition, the airports in Harkiv, Odessa, Dnipro and L’viv are connected to the international flight network. The airport of Donec`k was during the war in the east of the country destroyed. Ukrainian International Airlines is currently one of the largest Ukrainian airlines. Aerosvit and Donbassaero filed for bankruptcy in 2012 and 2013, respectively. An air transport agreement was signed between Ukraine and the European Union in 2005, which enables European airlines to fly between all EU member states and Ukraine. Negotiations on a common aviation area began in 2007 between Ukraine and the EU. Ukraine is the producer of the world’s largest cargo aircraft, the Antonov An-225.

The Ukrainian road network is well developed, but many roads are in poor condition. The road network covers 174,000 km, 164,000 km of which are paved, and consists of long-distance, national and country roads. There is no infrastructure comparable to the German motorway network, apart from a few highways between Kyїv-Boryspil, Kyїv-Odessa and Harkiv-Dnipro, as well as motorway-like sections with several lanes on the international routes. Area centers and larger district towns, however, have a good infrastructure and a dense network of public transport, including trams, trolleybuses, buses, taxis and marshrutkas (so-called shared taxis).Kyїv, Harkiv and Dnipro have a metro network.

Inland navigation and shipping on the Sea of Azov and the Black Sea play an important part in the transport system of Ukraine. There are approximately 4,400 km of inland waterways in Ukraine, mainly on the Dnipro, Danube and Prypiat rivers. The main ports are Odessa, Illičivs’k, Mykolaiv, Yalta and Sevastopol ‘on the Black Sea (currently annexed) and Berdjans’k and Mariupol’ on the Azov Sea.

Ukraine is an important transit country for gas and oil from Russia to the European Union. The total length of the gas pipelines amounts to approx. 37,000 km and of the oil pipelines to 4,500 km. Over 50% of all Russian gas supplies go through Ukrainian territory. 30% of all Ukrainian pipelines require complete modernization.

National symbols of Ukraine are the blue and yellow flag, the trident as a coat of arms, the hymn “Šče ne vmerla Ukraїny” (Eng. “The glory and freedom of Ukraine have not died yet”) and the constitution.

The flag of Ukraine consists of two equally large and horizontal yellow (above) and blue (below) stripes. It was passed in Parliament on September 4, 1991 as an official symbol of Ukraine. There are different interpretations of the history of the Ukrainian flag. According to one version, the colors come from the coat of arms of the Principality of Galicia-Volhynia (1199-1349), on which a golden lion was depicted against a blue background. It is noticeable that the colors of the Ukrainian and Swedish flags are similar. Galicia-Volhynia was ruled by the princely dynasty Rjurik, which had a Scandinavian origin. According to a popular interpretation, the two colors symbolize a “typical” Ukrainian landscape – the blue sky and the yellow wheat fields. 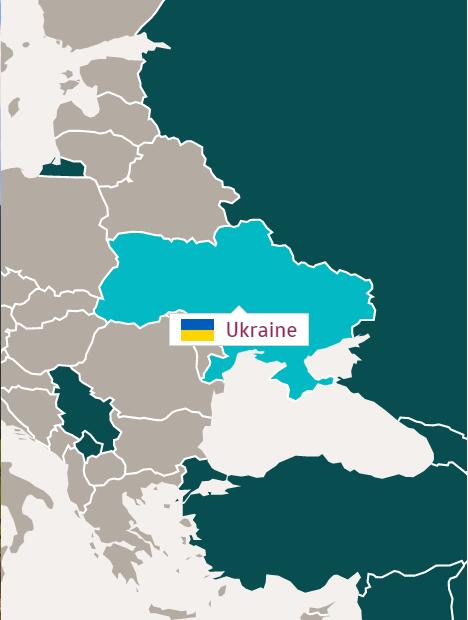 The small and large national coats of arms belong to four national symbols in Ukraine. However, the great national coat of arms does not yet exist as an emblem and is now anchored in the constitution. The Small State Coat of Arms was passed by parliament in 1992. It represents a yellow trident (tryzub) on a blue background. There are different versions of the origin of the symbol, including a falcon flying downwards. The history of the trident is traced back in Ukrainian historiography to the princes of Kyїver Rus’ Rurikids. The coat of arms was introduced as a state symbol by the Ukrainian historian and politician Myhajlo Hruševs’kyj during the nation-building process in 1918.