The development of the media in Ukraine is shaped by three decisive turning points: the collapse of the Soviet Union and the independence of Ukraine in 1991, the Orange Revolution in 2004 and the period shortly before and after the Maidan 2013/2014.

After 1991, the Ukrainian media market faced numerous structural, economic and content-related problems. Most of the Ukrainian media have been decentralized and privatized. Both remaining and newly created Ukrainian newspapers and broadcasters had to re-consolidate themselves on the national market. The pluralization of the market, the onset of competition in the media market and a difficult economic situation forced the Ukrainian press to raise its profile, which was reflected in purely commercial papers and an independent press.

According to ehealthfacts, Ukraine is a country located in Eastern Europe. Although the Ukrainian media landscape freed itself from content- related dogmas and could now be reported controversially, critically and informatively, several editorial offices became economically dependent on oligarchs, who were often not interested in an independent press, but used it as a means to an end. The oligarchs still own the majority of the Ukrainian media market and thus have an immense influence on opinion-forming.

Investigative journalism directed against business and political leaders was hardly possible or dangerous. Reporting in Ukraine was manipulated, controlled and directed in particular under the presidency of Leonid Kučma.

The Gongadze case, which has not yet been resolved, is considered one of the biggest scandals in Ukrainian media history. Georgij Gongadze, editor of the then opposition online newspaper “Ukrajinska pravda”, was found murdered in a forest near Kyiv in 2000. In this context, Kučma and his environment were also heavily burdened.

The Orange Revolution of 2004 brought about the abolition of latent censorship in reporting and the pluralization of the media market, which continues to this day, changed the political framework for journalistic activity. It also triggered a fundamentally new discussion in the media space. After the freedom of the press had been enforced, the focus was now on improving journalistic standards and quality.

During the presidency of Viktor Janukovyč (2010-2014) there were successive restrictions on the freedom of the press and several violations of freedom of expression and cases of censorship were recorded. Opposition broadcasters and newspapers in particular complained about the pressure from the authorities. Attacks on journalists and physical violence and threats – phenomena believed to have overcome – were no longer isolated cases. In response to the authoritarian tendencies in the media sector, several independent journalists joined forces and founded the independent broadcaster hromadske.ua. 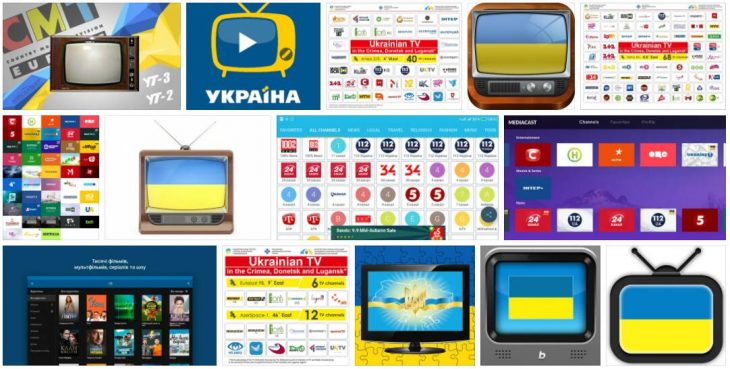 After the Maidan 2013/2014, little changed in the structure of the media in Ukraine, because the majority of the market is still owned by oligarchs. After years of great efforts, the law on public broadcasting was passed on April 14, 2014, according to which it is financed with 0.2% of the previous year’s budget. The state broadcaster Peršyj kanal was converted to the UA: Peršyj kanal. In autumn 2018, however, the station had to be partially switched off after only half of the funding had been approved.

After the Maidan and during the war in eastern Ukraine, Ukrainian journalists face new challenges. The hybrid war, Russian propaganda and fake news undermine the quality of journalism. Violent assaults on journalists have increased in recent years. In 2016, the murder of Pavlo Šeremet, journalist for the independent online newspaper “Ukraïnska pravda”, which has not yet been resolved, shook the Ukrainian media landscape. Before the super election year 2019 (presidential and parliamentary elections), political pressure is also growing.

When it comes to radio, the oligarchs own four largest holdings, which reach 90% of the audience. Only in the online media market is there a certain plurality.

The print press is currently experiencing a crisis that is triggered, among other things, by online offers. More and more Ukrainians are using the Internet as a source of information (52%). The most popular online media are “Ukraïnska pravda”, hromadske.tv, nv.ua and espresso.tv.

In May 2017, the Ukrainian government restricted access to Russian social networks. As a result, Facebook became the largest social media platform in Ukraine, which is used by 29% as a source of information.

The quality of Ukrainian journalism suffers not only from Russian propaganda, links between business and politics and the economic crisis, but also from unsatisfactory training and compliance with journalistic standards.