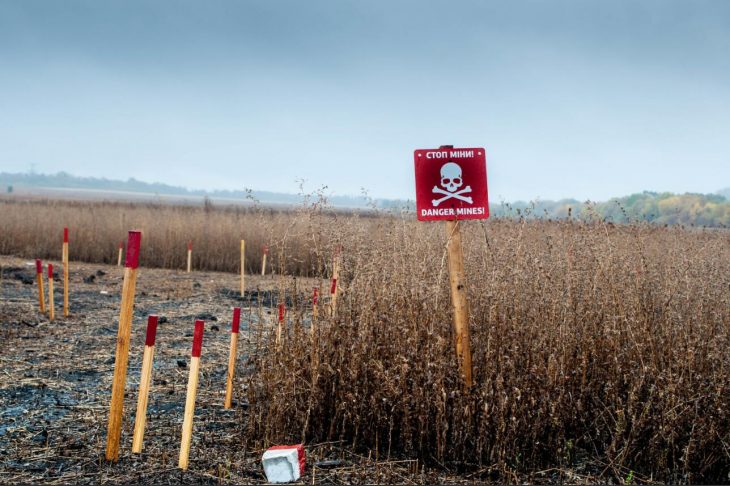 According to internetsailors, Ukraine is a country located in Eastern Europe. Ukraine has been grappling with serious ecological problems for decades. The greatest ecological catastrophe is the explosion of the fourth reactor at the Čornobyl nuclear power plant, after which large parts of the Ukrainian territories were contaminated. Numerous bodies of water – rivers, the Black Sea and Sea of Azov – and soils are polluted by illegal industrial waste and garbage disposal. Although the Ukraine has fertile black soils, they have largely been eroded by monocultures, incorrect agricultural cultivation, and the use of pesticides and other fertilizers. 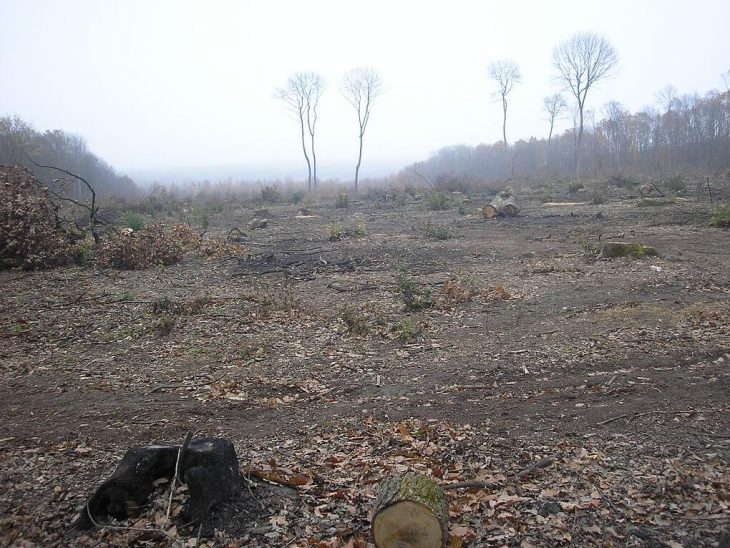 Deforestation in the Carpathian Mountains

Since the outbreak of war in eastern Ukraine in 2014, the condition of the entire ecosystem (flora, fauna, air, water and soil) on the occupied and surrounding territories has deteriorated dramatically. By 2014 there were around 4,500 industrial objects in Donbas that represented a potential threat to the environment. According to the OSCE, between 2014 and 2017 around 500 accidents occurred in various factories that had an impact on the environment. When the power supply fails, water pumps fail, flooding mines. This causes toxic heavy metals to get into the groundwater.

By fire and tactical slashing and burning of fields, several territories in the east of Ukraine (map on the ecological situation in the Donbas), particularly valuable steppes and forests destroyed. War technology has contaminated large areas of soil.

After Russia and Poland, Ukraine has the third richest deposits of amber in the world. However, the mining of hardened resin is largely unregulated in Ukraine. Whole swathes of land in the northwest of the country resemble a lunar landscape. Amber is extracted from the underground by pumping water. In the areas of Rivne, Žytomyr, Lucʾk and Kyïv, more than 6,000 hectares of forest have already been destroyed and valuable black earth soils washed away so that they can no longer be used. Amber mining is 90% illegal. So far there is no legislation on amber mining in Ukraine.

Almost 18% of the area of Ukraine are forests, about half of which is planted. The largest forest areas are in the Polissja regions in the north of the country and in the Carpathian Mountains.

Some parts of the Carpathian Mountains with primeval beech forests with a high level of biodiversity are UNESCO World Heritage Sites. In the past two decades, there has been intense illegal logging in Ukraine, including in the national parks that are protected by law. This increasingly leads to massive flooding and erosion of layers of earth in the settlements. Corruption, involving not only Ukrainian oligarchs and local foresters, but also Western European companies promotes the deforestation of the Carpathian Mountains. 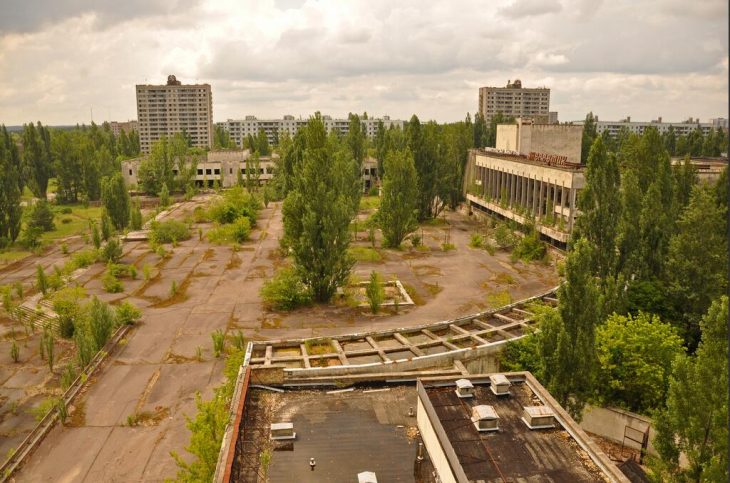 On the night of April 26, 1986, at 1:23 a.m., the fourth reactor of the Čornobyl ‘nuclear power plant near the Ukrainian city of Prypiat exploded. The explosion was a worst-case scenario and is still considered the worst nuclear catastrophe in human history. Operating and planning errors caused a fire in the fourth reactor of the nuclear power plant, which quickly spread and triggered further explosions. That night the radioactivity escaping was 400 times higher than when Hiroshima was bombed. The radioactive clouds spread over the western part of what was then the Soviet Union, with Belarus being hardest hit. But large parts of northern, central and western Europe were also contaminated. On April 27, 1986, the Forsmark Nuclear Power Plant in Sweden (approx. 1100 km from the accident site) increased radioactivity on the work clothes of their employees. This was the first indication of the disaster. Only after this report did the Soviet leadership admit an accident in the nuclear power plant and begin evacuating the city of Pripyat and the surrounding areas. The first official announcement was made in the news on April 28, 1986. A zone was created around the power plant within a radius of 30 km, which was completely evacuated by 1987. Around 200,000 firefighters and soldiers were deployed in Čornobyl ‘to repair the damage caused by the explosion. 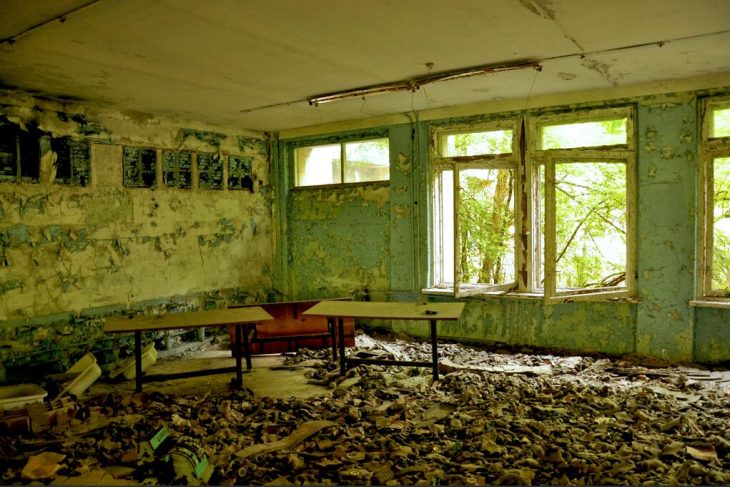 The disaster in Čornobyl ‘triggered an ecological movement in what was then the Ukrainian Soviet Republic and contributed to the collapse of the Soviet Union.

The consequences of the Čornobyl disaster are still being investigated. The Čornobyl ‘Forum, organized on the initiative of the International Atomic Energy Agency from 2003 to 2005, published a report on the aftermath of the reactor accident, which, however, was criticized by many NGOs and opponents of nuclear power as belittling and partial.

In 2019 the protective cover for the 4th reactor of the nuclear power plant in Čornobylʾ was completed. The two billion dollar project was led by the European Bank for Reconstruction and Development and funded by 45 countries. The shell is 109 meters high, weighs 36,000 tons and is intended to provide protection for the next hundred years. In the concrete-covered sarcophagus there are still 96% of the radioactive material.