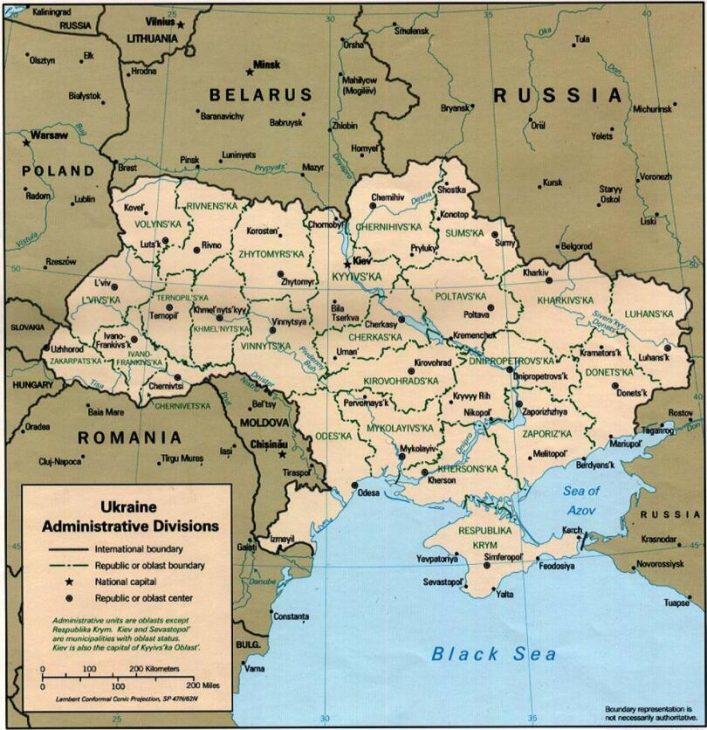 In November 2013, then-President Viktor Janukovyč refused to sign the long-planned association agreement between Ukraine and the EU. The failure of the association agreement sparked peaceful student protests in Kiev at the end of November 2013, which were violently broken up by the Ukrainian special police forces. The student protest was the beginning of several months of demonstrations across Ukraine against the kleptocratic regime of Janukovyč. In February 2014, the clashes between the demonstrators and the security forces escalated. Over a hundred demonstrators were shot dead in Kyiv. In a clandestine operation, Janukovyč escaped via the Crimea to Russia, where he remains to this day. An interim government was formed.

At the end of February 2014, military forces of the Russian army without badges, the so-called “green men”, appeared in Crimea. They occupied and dissolved the parliament of the Crimean Autonomous Republic and held a referendum on March 16, 2014 on the status of Crimea. In the illegitimate referendum, 95.5% of voters allegedly voted in favor of joining Russia. The Crimean Tatars boycotted the elections. On March 18, 2014, the treaty was signed which established the illegal annexation of Crimea by the Russian Federation.

In April 2014 the heavily armed “green men” also appeared in the eastern Ukrainian cities of Donecʾk and Luhansʾk, occupied the administrative buildings together with local separatists and proclaimed the “Luhansk and Doneck People’s Republics”. As a legitimation, illegal referendums were held in May 2014 in which the so-called republics opted for independence. On April 14, 2014, the Ukrainian government launched the Anti-Terrorist Operation (ATO) against the separatists and a massive military conflict broke out. The EU, in particular Germany and France, were involved as negotiating parties in the meetings with the Russian side and then President Porošenko in September 2014 and February 2015 in Minsk with the aim of achieving a ceasefire in Ukraine, among other things. To this day, the ceasefire has not been observed in the Donbas. Regular arms deliveries from Russia and the presence of Russian army personnel and volunteers prevent progress in the implementation of the Minsk agreements. To date (September 2019), according to the UN, over 13,000 civilians and soldiers on the Ukrainian side have died in the Donbas. The number of dead on the pro-Russian side is unknown or is being kept secret by Russian officials. The war in the Donbas triggered a large movement of refugees inland. In 2016, the Ukrainian Ministry of Social Policy registered 1.79 million internally displaced persons from the Crimea and the Donbas region.

Early presidential elections were held in Ukraine on May 25, 2014, and parliamentary elections on October 26, with pro-European parties emerging as the strongest force. Between May 2014 and May, Petro Porošenko was the President of Ukraine. Volodymyr Zelensʾkyj has been the sixth President of Ukraine since May 20, 2019.

According to globalsciencellc, Ukraine is a country located in Eastern Europe. The Ukrainian Verhovna Rada is a unicameral parliament and usually has 450 seats. After the early parliamentary elections, which took place on July 21, 2019, 424 MPs are represented (there are no representatives from Crimea and the occupied territories). The legislative period is five years. In Ukraine, majority and proportional representation apply: half of the seats are distributed according to party lists (there is a 5% hurdle) and the other half through direct mandates. The new party of President Zelensʾkyj “Servants of the People” has an absolute majority in parliament with 254 seats.

On March 4, 2020, after only six months, the new Ukrainian government headed by the previous Vice Prime Minister Denys Šmyhalʾ was appointed. The Cabinet of Ministers consists of four vice ministers and 15 ministers, including only one woman. Prosecutor General Ruslan Rjabošapka, who enjoyed the confidence of Western partners, was also dismissed on March 5.

One of the main demands of the Maidan was reform. Ukraine urgently needs reforms of the political and economic sector in order to establish a democratic constitutional state. The reform of the judiciary and the fight against corruption, tax reform, reforms in the agricultural sector, decentralization, administrative and constitutional reforms, reforms in the energy sector are some of the reforms that are on the agenda. Under the EU Association Agreement and the agreements with the IMF, Ukraine committed to implement the reform process. Although the first positive results are already visible, the reform process, which is proceeding under difficult conditions due to the war in the East and the economic crisis, is making slow progress. But the plans of the new government of Ukraine are large and involve reforms in several sectors. 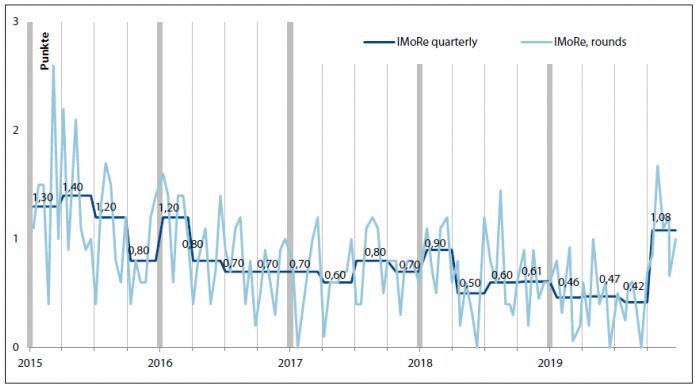 On March 31, 2020, after a 20-year moratorium, the law on the sale of agricultural land was passed, one of the fundamental laws of land reform.