TV and Film Production in Brazil 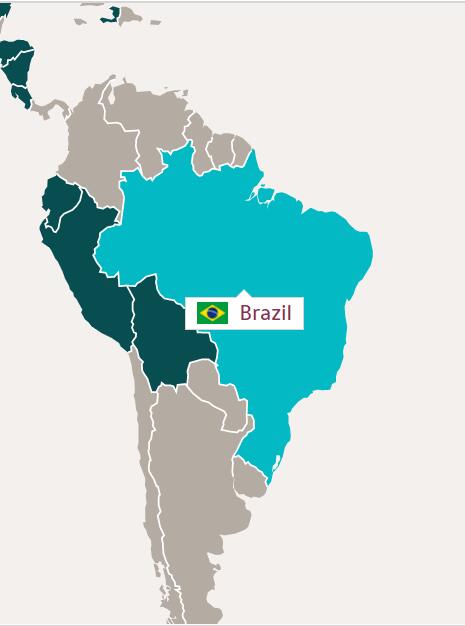 Television production has long since become one of the most important drivers of the Brazilian cultural industry. Television is indisputably the most important information and entertainment medium in Brazil. The media giant Rede Globo has dominated the entertainment industry for decades. The Brazilian telenovelas have meanwhile become an export hit. Due to the extraordinary popularity of telenovelas in all strata of the Brazilian population, they have a profound influence on public opinion – which can work out for better or for worse. This concentration of power on one television channel also affects political reporting to this day. The group was built up under the military dictatorship by the media mogul Roberto Marinho. To this day, Rede Globo is politically rather cautious and tends to get on as well as possible with the respective government. This usually also applies in the opposite direction.

Despite the creative start with Cinema Novo in the 1960’s, film production in Brazil was quantitatively marginal in the cultural scene until the 1980’s. Important socially critical films come from the 1970’s and 1980’s. Tizuka Yamasaki, who worked as an assistant director for both, made her first feature film Gaijin – Caminhos da liberdade in 1979, which deals with the search for identity of Japanese immigrants in Brazil. Peter Schumann’s Handbuch des Brazilian Films (1988) gives an overview of the Brazilian film scene.

It was not until the 1990’s that there was a boom in the national film industry as a result of targeted state film funding. Success in the form of international nominations and awards, as in the case of Walter Salles Central do Brasil / Central Station (1998), was not long in coming. Until recently, Brazilian cinema has seen new films such as Latitude Zero (Toni Venturi, 1999), Crónicamente inviável (Sérgio Binachi, 1999), Bossa Nova (Bruno Barreto, 1999), Eu tu eles / Darlenes Männer (Andrucha Waddington, 2000), Domésticas / Maids (Fernando Meirelles, Nando Olival, 2001), Cidade de Deus / City of God (Fernando Mereilles, 2002), Tropa de Elite by the director José Padilha from 2007 and various literary adaptations, such as Memórias Postumas de Bras Cubas / Die Memoiren des Bras Cubas (André Klotzel, 2000), based on the novel of the same name by Machado de Assis, repeatedly demonstrated his creative power.

The new electronic media (cable TV, Internet) have spread rapidly in Brazil,  a country located in South America according to areacodesexplorer. Public institutions in particular are increasingly making information and services available over the Internet. Citizens have been able to process and submit tax returns via the Internet for years. The voting booths in Brazil are now 100% electronic ballot boxes equipped and the counting takes place via the network. In a country with the continental dimensions of Brazil, civil society organizations also have new opportunities through networked and coordinated action at the national level. At the moment, however, the new information and communication technologies in Brazil are still a medium that is only available to a few. Critics fear that there may be a new barrier between rich and poor (digital divide).

Map of Federative Republic of Brazil