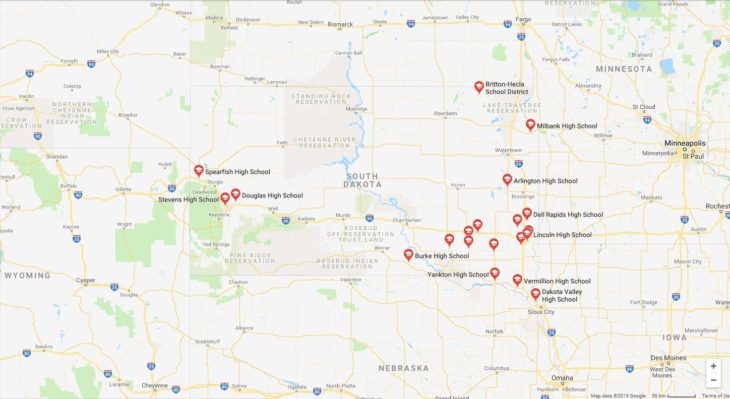 South Dakota is located in the US Interior Plains. The eastern part of the state is predominantly hilly lowlands with fertile soils, to the west of the Missouri River the slopes of the Coteau du Missouri plateau rise. In the west of South Dakota, on the border with Wyoming, the Black Hills region (“Black Hills”) is located – a relatively small area, but the highest mountain range east of the Rocky Mountains.

South Dakota has a continental climate with long, cold winters, hot summers, and short but pronounced springs and autumns. The western regions of the state are arid, in the east there is much more precipitation, mainly in summer.

The state of South Dakota got its name in honor of the Dakota Indians (one of the Sioux peoples) who lived on these lands.