There are many public and private high schools in the state of Alaska. It is rather difficult for you to choose one that fits you most. In order for you to better evaluate your choice, we have ranked these high schools based on latest SAT/ACT scores, graduation rates, and state test scores from the Alaska Department of Education. See below for top 7 high schools throughout the state of Alaska. If you are interested in the list of all school districts and counties within Alaska, you can find it on COUNTRYAAH in alphabetical order. 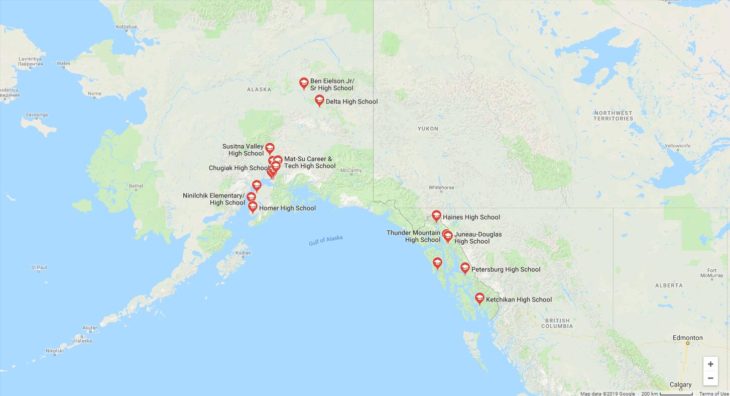 Like many US states, the name of the state of Alaska comes from the language of the indigenous residents of the Aleutian Islands – the Aleuts. “Alaska” is a distorted Aleutian word Alakshak, meaning “big land” (or “what blocks the sea”, “peninsula”).

The name “Alaska” came into English from Russian, because it was Russian explorers who discovered Alaska and for a long time Alaska was the territory of Russia. Prior to the sale of Alaska to the US, it was commonly referred to as “Russian America”.