Your search has generated 10 top-ranked education schools in Virginia. These colleges offer graduate study in field of education, leading to an Master degree. Check out the following table to see a list of major educational schools in the state of Virginia, each with enrollment statistics, tuition fees and contact information. 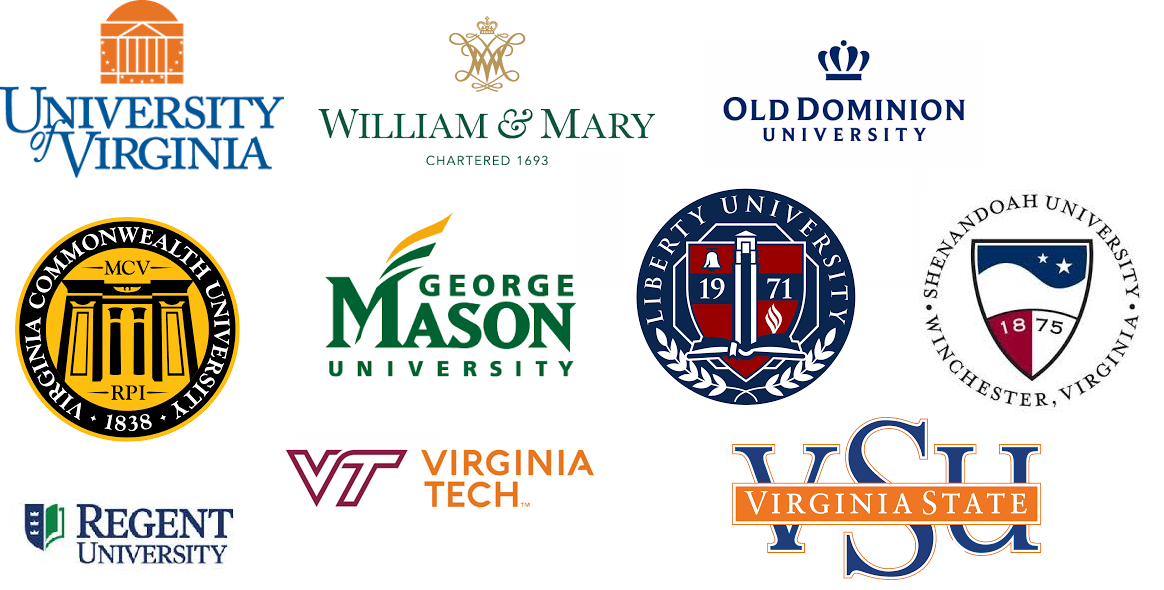 History of the State of Virginia – Age of Revolution

On April 20, 1775, the day after the first armed confrontation between the American colonists and the British, known as the “Battle of Lexington and Concord”, the governor of Virginia, Lord Dunmore, ordered that gunpowder be removed from the arsenal at Williamsburg and loaded onto the British ship Magdalena.

Upon learning of this, the colonists organized a detachment of armed militia, which, under the leadership of Patrick Henry, tried to prevent the British. The conflict, which went down in US history as the “Gunpowder Incident”, ended without bloodshed, the rebels prevailed, and Lord Dunmore was forced to flee Williamsburg and seek shelter on one of the English ships.

This almost ended the history of British rule over Virginia. Lord Dunmore announced that the colony was in revolt, power in Virginia passed to the Convention and the revolutionary committee.

In the winter of 1775-76, there were several armed clashes between the colonists and the British, and already on May 15, 1776, the Convention declared Virginia a free and independent state and instructed its delegates in the Continental Congress to put a resolution on independence to a vote.

On July 4, 1776, the Continental Congress adopted the United States Declaration of Independence. The British Empire was not going to cede its lands in North America just like that, the war for US independence began.

Virginia sent its militias to the American army, which was led by George Washington. In May 1779, the British landed troops in the Hampton Roads area, but their attack failed. However, for security reasons, Virginia Commonwealth Governor (and future third President of the United States) Thomas Jefferson moved the capital inland to the city of Richmond in 1780. In December of the same year, Benedict Arnold, who had betrayed the American revolutionaries and defected to the side of the British, attacked Richmond and burned part of the city.

The clashes between the Americans and the British continued until, in October 1781, American troops led by General George Washington and their French allies won a decisive victory at the Battle of Yorktown. It was the last major battle of the American Revolutionary War.

On June 25, 1788, Virginia ratified the US Constitution, thus becoming the tenth state of the United States.

In 1790, the state of Virginia, like Maryland, ceded part of its lands to form the federal district of Columbia and build the capital of the new state – Washington.

After the independence of the United States and the creation of the Commonwealth of Virginia, new sentiments and ideas were widely disseminated in society, including the idea of ​​the inadmissibility of slavery. Some planters freed their slaves, especially Robert Carter III, who set free more than four hundred and fifty people (more than anyone else in the United States before or after him). As a result, the number of free blacks in Virginia rose from 1,800 in 1782 to almost thirteen thousand in 1790.

In 1792, the western counties seceded from Virginia to form a new state, Kentucky.