Your search has generated 4 top-ranked education schools in Iowa. These colleges offer graduate study in field of education, leading to an Master degree. Check out the following table to see a list of major educational schools in the state of Iowa, each with enrollment statistics, tuition fees and contact information. 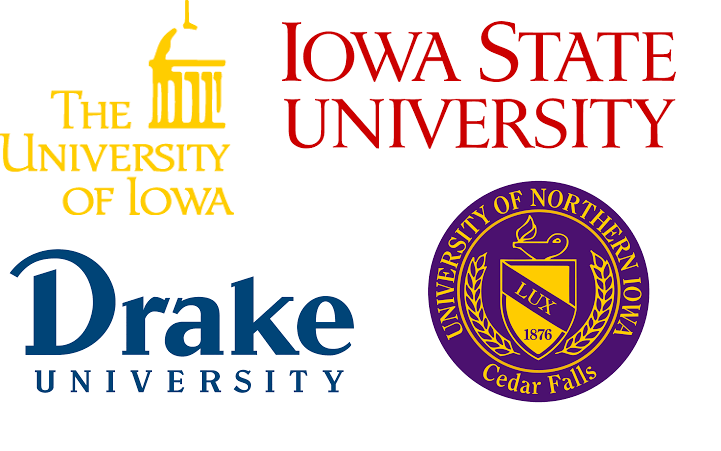 A powerful impetus for the development of the economy of Iowa was the construction of railroads in the fifties and sixties of the XIX century.

During the American Civil War, the population of Iowa actively supported the northerners, sending about seventy-five thousand volunteers to the army. In addition, the state provided food for both military units and the cities of the East Coast of the United States.

After the end of the Civil War in the United States, the rapid growth of the population of the state continues (almost doubling in a decade from 1860 to 1870). Immigration to Iowa was strongly encouraged by the US government, and a ninety-six-page promotional brochure titled “Iowa – Home for Immigrants” was published in English, German, Dutch, Swedish, and Danish. Active propaganda paid off, immigrants came to the state en masse, mainly from Germany and the Scandinavian countries. Agriculture continued to develop in Iowa.

In the second half of the 19th – early 20th centuries, coal was mined in Iowa, and the mines were mainly worked by immigrants from the south of Europe (Italians, Croats) and black Americans who moved to Iowa from the South of the USA.

Since the beginning of the 20th century, cities and industries began to grow in predominantly rural Iowa. Another leap in the development of the state (as well as the whole country) occurred during the First World War. However, the Great Depression, which replaced the period of prosperity, hit the farms of the state very hard. Significant support for agricultural producers was provided under the “New Deal” led by the thirty-second President of the United States, Franklin Roosevelt. By the way, one of Roosevelt’s associates and the creators of the New Deal policy was Henry Wallace, a native of Iowa, who later became Vice President of the United States.

The crisis of the twenties and thirties demonstrated the need to diversify the state’s economic activities, not limited to agriculture. This was once again confirmed by the strongest agricultural crisis in the eighties of the XX century, due to which the population of the state even decreased.

Mistakes were taken into account, in recent decades, industry has been actively developing in the state, including its high-tech areas, as well as finance, insurance, biotechnology, public service and other industries. Modern Iowa is characterized by fairly stable development against the backdrop of a balanced economy.