If you are going to pursue a graduate degree in chemistry within the state of Mississippi, then you have come to the right place. On this website, you will find the 4 best chemistry schools in Mississippi. Please note that these rankings are based on student reviews, graduation rates, and the academic surveys submitted by peer colleges and universities throughout Mississippi. 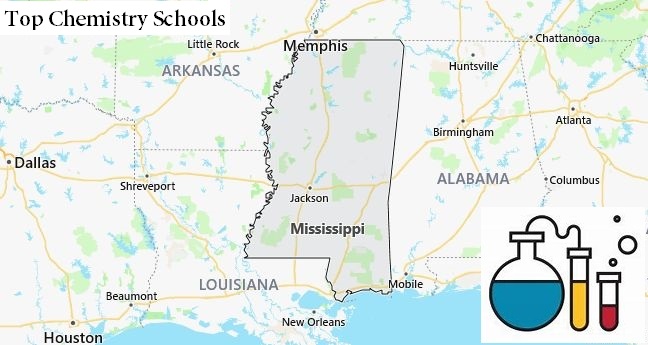 Some Notable Mississippi Natives and Residents