If you are looking to apply for a competitive MBA this 2020, here are the top 10 ranked according to QS, The Economist, Forbes, Bloomberg and Financial Times

Stanford stands out with the best MBA in the world. Rated as the one with the best return (its graduates earn more than 140,000 USD) and with a high proportion of entrepreneurship, the graduates of this postgraduate course are mainly dedicated to the technology, financial and consulting sectors.

Its admission percentage is the lowest in the world: only 6% of those who applied for Class 2021 were accepted. Of them, on average 8% are Latin American. In addition, you have several financial support options, including diversity scholarships and educational credits. 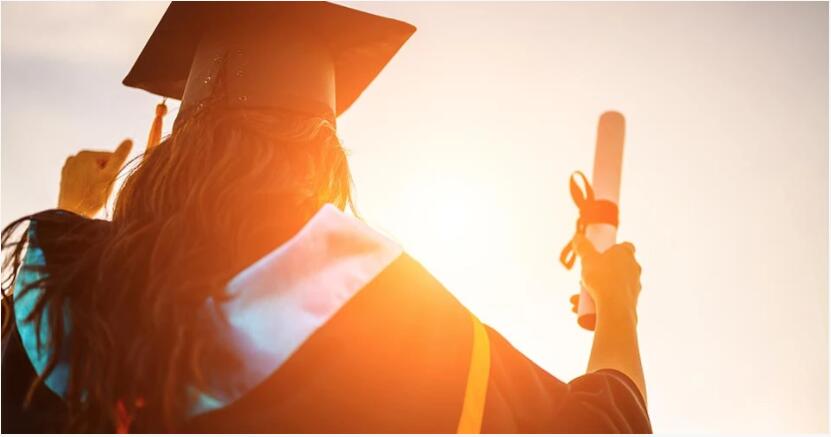 This Ivy League school has the second best MBA in the world. Focused on global intelligence and hands-on learning, his MBA excels in leadership and employability. Its graduates obtain average salaries of USD 137,000, dedicating themselves mainly to the financial and consulting areas.

Of the total of applicants, only 11% are admitted to their Full-Time MBA, 5% of them are Latin American. Like Stanford, it offers scholarships based on financial need. These are a maximum of USD 80,000. In addition to this, you have access to educational credits.

This American Midwest University is ranked third for its focus on leadership (the only required subject is Leadership Effectiveness and Development) and excellent employability. Its graduates, like the first two, are mainly engaged in the financial and consulting sector, earning salaries of $ 130,000.

With an acceptance rate of 23%, 11% of the students are Latin American (4% of the total, that is, almost half of Latin Americans, are Mexican). To finance postgraduate studies, it offers a wide variety of scholarships, including scholarships for merit and innovation.

The Wharton School of the University of Pennsylvania

The Wharton Business School MBA stands out for its versatility, leadership and employability. The University of Pennsylvania offers 19 majors and more than 200 electives, with which graduates of this MBA can perform in various areas. Major companies where they develop their careers include McKinsey, Bain, Goldman Sachs, and Amazon.

Wharton’s applicants-to-admit ratio is approximately 20%, of which 64% are from the United States. About 5% of 20% are Latin American. Its annual cost, of approximately USD 114,000, can be covered by various scholarship options, which are awarded on merit, need, and even if you come from an emerging Nation.

The first business school outside the United States in the ranking offers a 10-month Full Time MBA, in France or Singapore. It is one of the most diverse programs, which has graduates from more than 94 countries. Due to its short duration, it has high returns, with average salaries of $ 110,000. Graduates of this MBA are primarily engaged in consulting, mostly at McKinsey, Boston, and Bain.

With a slightly higher acceptance rate than the previous ones – approximately one in every 3 applicants – its diversity is emphasized: the most represented nationality is Hindu, with 10% of the students. 7% of the total are Latin American. To defray the costs of this graduate degree, INSEAD has more than 100 types of educational supports, depending on the merit of the applicant and their specific needs.

This British University is very flexible, as well as being one of the most diverse. It allows you to finish the MBA between 15 and 21 months after starting it, in addition to adding an international experience that is included in your fees. Its location is privileged: London offers the opportunity to network with the world’s leading companies. 94% of graduates find work within the first three months after completing their courses, and their average salary is more than USD 100,000.

More selective than its predecessor, its acceptance rate is 1 in 5 applicants. Among the best when it comes to diversity: 14% of those who enter are Latin American. With tuition fees of £ 87,900, LBS has, like its peers in the ranking, several options for scholarships and educational credits. You have to remember that there are scholarships, such as Chevening, that do not have to do with the university and that allow you to study in the UK.

Located just outside of Chicago, Illinois, Kellogg’s programs stand out for their high employability, focus on crisis management, and leadership. Its graduates are primarily engaged in consulting and the technology sector, seeing their investment pay off with an average salary of $ 130,000.

With an acceptance rate of 22%, Kellogg has a relatively high number of Latin Americans: 1 in 10 accepted. This, despite not being as diverse as INSEAD and LBS. It does not offer financial need scholarships to non-residents of the United States, but has several options for educational support of merit and professional commitment.

MIT stands out in its MBAs for its focus on innovation and research. Based on exhaustive academic rigor, it also values ​​the transfer of what has been learned in practice. Its graduates are also dedicated to consulting and the technology sector. Being of the first places in return of investment, the average salary after the MBA is USD 135,000.

Very selective with her students, on average only 13% of those who apply are admitted. 8% of the total come from Latin America. After your application, and once admitted, you participate automatically to be eligible for some financial support. In addition, you can apply to other types of scholarships.

The second Ivy League school to make the rankings, Columbia has a distinctly social focus on leadership. In addition, it has a lot of versatility: Electives cover everything from accounting to pharmaceutical industry management. Its graduates are mainly dedicated to the financial sector, with an average salary of USD 130,000.

Selective among its applicants, only 17% are admitted to the institution. Of them, only 5% are Latin American. Depending on the skills and merit of the applicant, they can access certain scholarships and educational supports. In addition, there are several options for student diversity.

This business school, close to Silicon Valley and San Francisco, is based on innovation, adaptation, leadership and creativity. The only mandatory topic is precisely “Applied Innovation”. Due to its proximity to the technology center, its graduates stand out in this sector, being hired by Microsoft and Facebook. The average salary is USD 125,000.

Like the rest of the Top Ten, Haas is very selective about its students. About 15% of those who apply are actually admitted. Of them, 9% are Latin American. It also has a wide variety of academic supports. These will largely depend on the applicant’s merit and potential.