The TOEFL iBT test is offered in the state of Wyoming. The list below shows testing locations for computer based TOEFL exam. Please scroll down to find the most up-to-date list of available test centers (including addresses) in Wyoming. 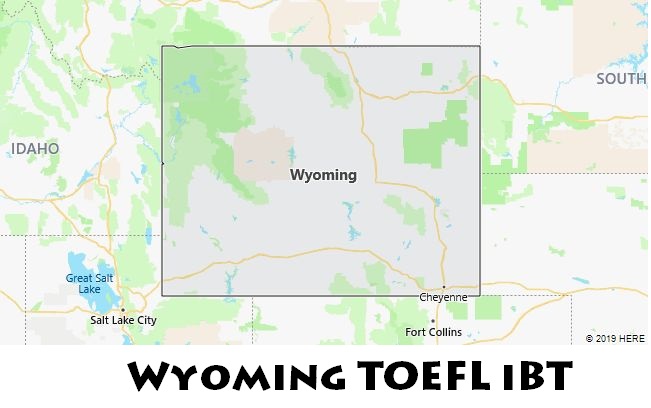 Short for WY, Wyoming was admitted to United States on 07/10/1890. The capital city is Cheyenne. With an area of 253,348 km², Wyoming has a population of 585.501. The population density is 2.31 people per km². According to ALLCITYCODES, Wyoming has 1 area codes: 307. If you need to call your testing center, please be sure to add such an area code before phone number you are given.

The population of Wyoming

The state of Wyoming is the most sparsely populated of all US states, about 565,000 people live here, while the average population density is about 2 people per km 2 (49th place in the USA, less only in Alaska).

The largest urban agglomerations in Wyoming (and very small compared to the largest U.S. metropolitan areas) formed around Cheyenne (about 90,000 people), Casper (about 75,000 people) and Gillett (about 40,000 people).

The racial composition of the population of Wyoming:

The largest ethnic (national) groups among the population of Wyoming:

The largest populations in Wyoming by religion are: