The TOEFL iBT test is offered in the state of Washington. The list below shows testing locations for computer based TOEFL exam. Please scroll down to find the most up-to-date list of available test centers (including addresses) in Washington. 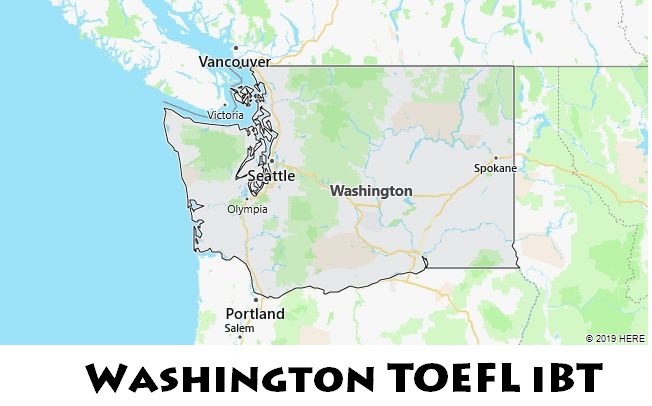 Washington is the most northwestern of the contiguous states in the United States. It borders Canada to the north, Idaho to the east, and Oregon to the south. In the west, the coast of the state is washed by the waters of the Pacific Ocean.

The state of Washington is located in the United States Pacific Time Zone.