The TOEFL iBT test is offered in the state of Rhode Island. The list below shows testing locations for computer based TOEFL exam. Please scroll down to find the most up-to-date list of available test centers (including addresses) in Rhode Island. 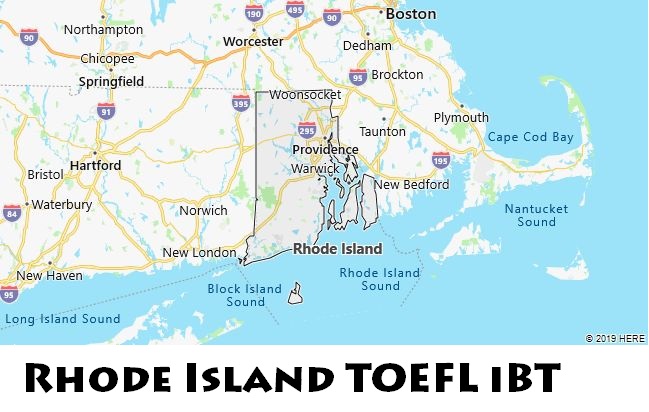 Short for RI, Rhode Island was admitted to United States on 05/29/1790. The capital city is Providence. With an area of 3,144 km², Rhode Island has a population of 1,052,426. The population density is 334.74 people per km². According to ALLCITYCODES, Rhode Island has 1 area codes: 401. If you need to call your testing center, please be sure to add such an area code before phone number you are given.

Some Notable Natives and Residents of Rhode Island

Symbols of the State of Rhode Island