The TOEFL iBT test is offered in the state of Oregon. The list below shows testing locations for computer based TOEFL exam. Please scroll down to find the most up-to-date list of available test centers (including addresses) in Oregon. 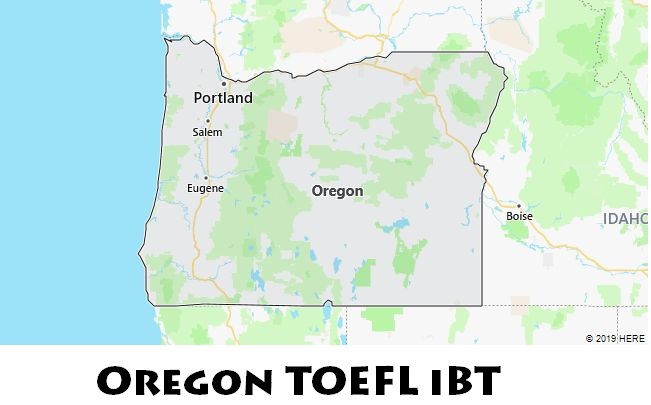 A new impetus to the economy of Oregon was given by the construction in the eighties of the XIX century of the Northern Pacific Railroad, which connected the northwestern states with the Midwest of the United States. By the early 20th century, Oregon was a major producer of lumber, as well as wheat, fruit, and other agricultural products.

An important event for Oregon was the exhibition held in Portland in 1905, dedicated to the centenary of the Lewis and Clark expedition. It was an unofficial world fair, it featured exhibits from two dozen countries. In four months, more than 1,600,000 spectators visited the exhibition, and over the next five years, the population of Portland grew from 160,000 to 270,000 people.

During the Great Depression, the Bonneville Dam was built on the Columbia River, one of a cascade of large hydroelectric power plants that provide the state with cheap electricity. In addition, numerous waterworks have made it possible to significantly develop irrigated agriculture in Oregon.

During the Second World War, Oregon became one of the few US states that were directly attacked by the enemy. In September 1942, a Japanese submarine delivered a dismantled seaplane to the American shores, the pilot of which dropped two incendiary bombs on the forests of southern Oregon.

The aim of the Japanese was to start forest fires, but damp weather and the quick reaction of American firefighters ruined their plans. This was the only case of aerial bombardment of the continental United States in history.

In the decades after the war, Oregon ceased to be a state dependent only on logging and agriculture. Various branches of industry, including high-tech ones, actively developed here. In the late 20th and early 21st centuries, the “Silicon Forest” grew in the Portland area. Here, as in the “Silicon Valley” of neighboring California, a number of the largest electronics manufacturers and software developers work. Tourism is successfully developing in the state, great attention is paid to the problems of ecology and conservation of natural resources.