The TOEFL iBT test is offered in the state of New Jersey. The list below shows testing locations for computer based TOEFL exam. Please scroll down to find the most up-to-date list of available test centers (including addresses) in New Jersey. 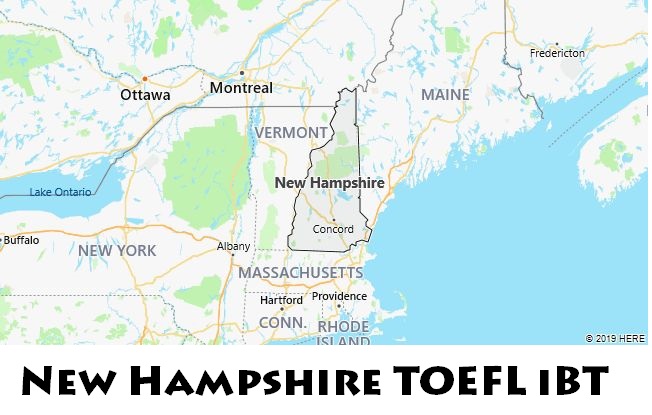 Great Falls National Historical Park in Paterson, one of the centers of the Industrial Revolution in the United States.

Thomas Edison National Historical Park is the laboratory and residence of the famous inventor in the town of West Orange.

The Delaware Water Gap National Recreation Area is a scenic stretch of the Delaware River 64 km long on the border of the states of New Jersey and Pennsylvania.

Gateway National Recreation Area – several sites on the coast of New York Bay (both in New Jersey and in the neighboring state of New York), which contain beaches, parks, and historical sites (including the oldest operating lighthouse in the United States Sandy Hook).

The Middle Delaware National Scenic River is a section of the river within the Delaware Water Gap.

The Pinelands National Wildlife Refuge is a region of mixed (mostly pine) forests in the middle of vast wetlands, where a wide variety of plant and animal species can be found.

The Appalachian Trail is a hiking route that stretches along the Appalachian mountain range from Maine in the north to Georgia in the south and is very popular in the United States. About 116 km of the trail runs through New Jersey: along the Delaware River through the Delaware Water Gap, then through forests and parks to the border of the state of New York.