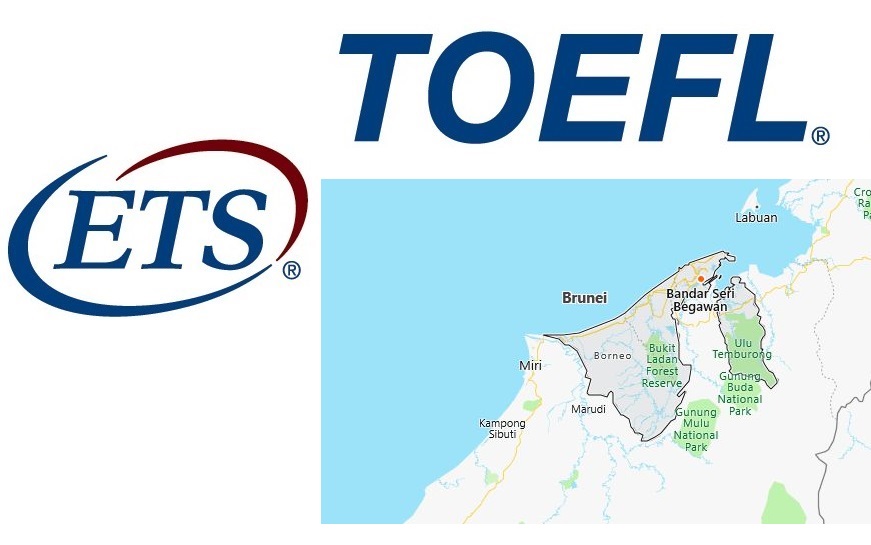 The revised TOEFL Paper-delivered Test is offered in this location.

The list below shows testing regions, fees and dates as of February 15, 2019, but availability may change when you register. Fees are shown in US$ and are subject to change without notice.

To find the most up-to-date list of available test centers and dates when registration is open, click the button below.

Brunei, Sultanate in Southeast Asia, on the northwest coast of Borneo. The basis of the economy are the rich oil and natural gas reserves, which make Brunei one of the richest countries on earth. Two thirds of the population are Malays, 10% Chinese, around 3% Iban and other indigenous peoples. Almost every fifth resident lives as a guest worker in Brunei. The Islam is the state religion.

The sultanate of Brunei, established in the 15th century, became a British protectorate in 1888. In 1984 it gained independence.

Brunei is a hill country that is predominantly covered by tropical rainforest and developed on top of tertiary parent rock (mainly sandstone and slate). The coast of the South China Sea is lined with partially untouched, species-rich mangrove swamps and sandy areas. Only the narrow coastal plains are more densely populated. The wooded hilly landscape to the south, which is divided by four larger rivers, reaches heights between 300 m and 500 m above sea level. Brunei’s largest lake (Tasek Merimbun) is located on the upper reaches of the Tutong River. In the south of the eastern part of the country (Temburong district), the rugged mountains of the Crocker Range rise over 1,800 m (Bukit Pagon 1,850 m above sea level).

Due to the equatorial location of Brunei, there is a tropical rainforest climate with high humidity and average temperatures of 27 ° C; The main precipitation falls in the time of the northeast monsoon (November – March), but stronger short rains also occur during the drier season (southwest monsoon). Annual precipitation is 2,500 mm in the coastal plain and 7,500 mm in the mountains. Brunei is not in the area of ​​the main routes of tropical cyclones, but is affected by storm-induced tidal waves.

The predominant forms of vegetation in the coastal area and along the rivers are mangrove and swamp forests, which in the interior change into tropical rainforests rich in precious woods; There are also extensive casuarina populations on the coral sand beaches of the coast. 72% of the country’s area is forest-covered. Numerous species of birds, monkeys and snakes (including hornbills, macaques, proboscis monkeys and nocturnal animals such as feather-tailed tupaja and large rat hedgehog) still live in the Brunei area.

The flag is yellow; it is divided diagonally by two broad stripes, white over black, from the upper corner at the leech to the lower corner at the flying end. In the middle it is covered with the national coat of arms.

The main element of the coat of arms dating back to the 15th century (today’s form from 1959) is the royal parasol (Payong Ubor-Ubor); this consists of a shaft (kedudukan) with three limbs, which symbolize the sultan and two viziers, a crown made of a pair of wings (sayap) with four feathers each (protection for justice, rest, welfare and peace) and a flag (bendera); the umbrella rests on a crescent moon (Bulan, symbol of Islam), the Arabic inscription of which means “By God’s hand good will prosper”. The banner with the official country name is stretched underneath. The hands raised to the right and left of the crescent moon (Tangan) symbolize the people’s devotion to government and its assurance of quality of life, welfare and peace.

The national holiday on February 23rd commemorates the end of the British Protectorate in 1984. July 15th is the Sultan’s birthday.