The End of the ISAF Mission in Afghanistan 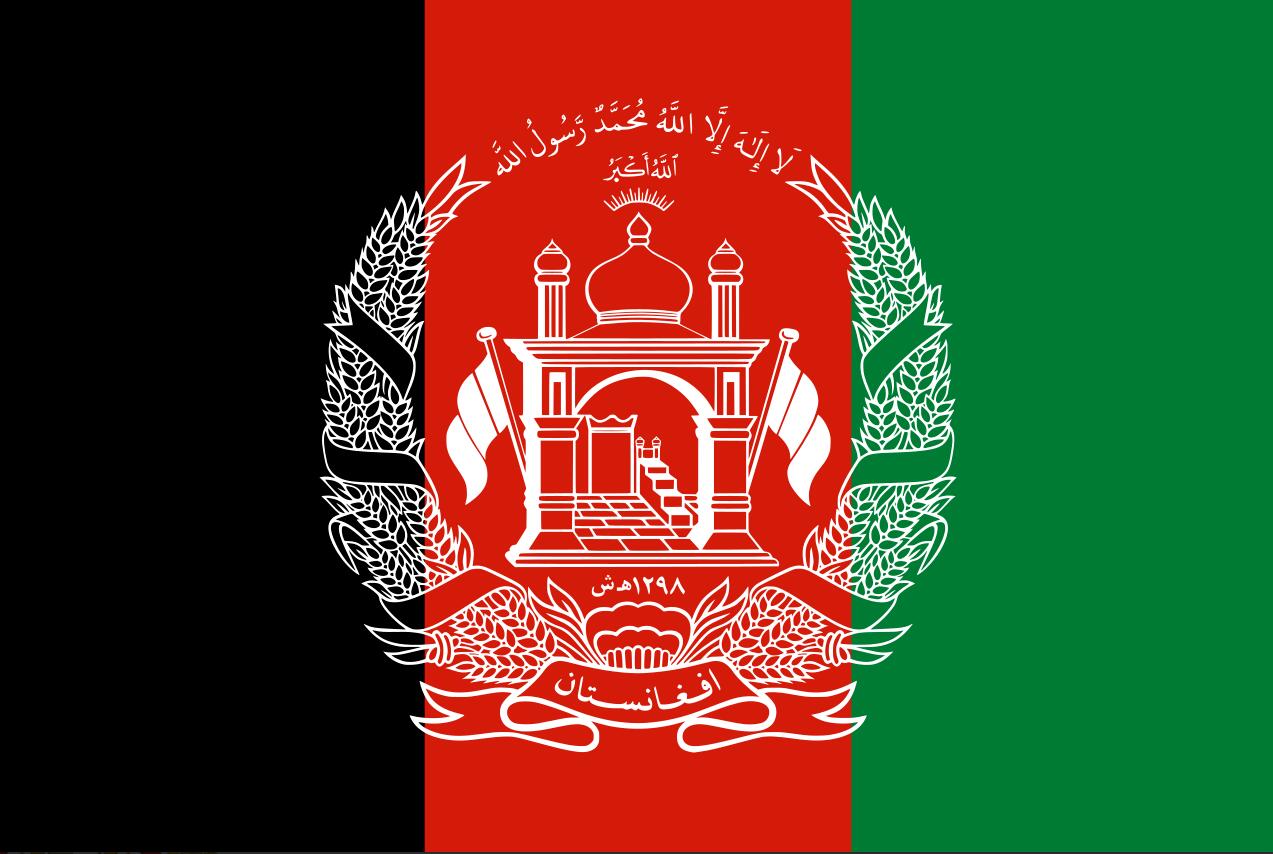 On December 28, 2014 was a graduation ceremony in Kabul end of the ISAF mission committed, which officially ended on 31.12.2014. After almost exactly 13 years, the longest NATO-led combat mission was ended.

The first soldiers of the International Security Assistance Force (ISAF) came to Afghanistan in December 2001, although their tasks were still limited to Kabul and the surrounding area. From the end of 2003, the area of operations of the ISAF was gradually expanded to the whole country and regional reconstruction teams (Provincial Reconstruction Teams, PRTs) began their work, on the one hand to enable a stable and safe working environment for NGOs and government organizations and on the other hand to rebuild the infrastructure to advance and protect. At times, up to 28 PRTs from different nations were in use. The regional command structure the ISAF was subdivided into five regional commands, each under the leadership of a lead nation. For example, Germany was responsible for the North Regional Command, with its headquarters in Mazar-e Sharif, and thus responsible for the whole of northern Afghanistan.

From 2010 there was a massive increase in the ISAF contingent, so that at times over 130,000 soldiers from 50 nations were stationed here, including up to 5,350 soldiers of the Bundeswehr, making Germany, along with the USA and Great Britain, one of the largest providers of troops in the ISAF mission belonged to.

As part of the agreed transition process, security responsibility was gradually handed over to the Afghan Security Forces (ANSF) from the beginning of 2011, which were gradually built up and trained in the course of the ISAF mission.

On June 18, 2013, the former President Karzai announced the fifth and final tranche of transition that some 350,000 Afghan implementing them security forces, the responsibility assumed throughout the Afghanistan, a country located in southern Asia according to globalsciencellc.

As the transition phase progressed, the gradual withdrawal of the international ISAF troops was initiated. For example, on April 25, 2013, Germany also began to relocate Bundeswehr material from Afghanistan, according to the official wording, and de facto with the withdrawal of its troops. The return transport took place by air via the Turkish Black Sea port of Trabzon and from there by ship to Germany.

Speaking of Germany: The situation is somewhat different for the Afghan local staff, who worked for Germany during the ISAF mission and now have to fear that they will be exposed to the revenge of the Taliban, whom they see as collaborators. Local employees could and canSubmit an exit application to Germany, but by mid-2015 only around 40% of all applications had been approved. There has recently been a positive trend reversal, so that by February 2016 the rate of positive notices could be increased to 68%. This is primarily due to the decision-making practice of the Bundeswehr when it comes to hazard reports.

In mid-2015, the “ Sponsorship Network Afghan Local Employees ” was founded, which, through volunteer sponsors, offers Afghan helpers in Germany start-up support. For example, Afghans are supported in finding accommodation or in dealing with authorities, contacts are established between compatriots and public relations work is carried out.

The Bundeswehr has in turn a sponsorship program for Afghan local staff established, Afghans help the members of the armed forces in settling in Germany.

Since January 1, 2015, only those foreign troop contingents that are intended for the successor mission Resolute Support have been in the country.

After 13 years of ISAF mission, over 3,400 soldiers of the International Protection Force have died, including 55 soldiers from the German Armed Forces. It is estimated that over 13,000 Afghan security forces were killed during this period.

There are no reliable figures for the civilian victims. Estimates vary widely, for example 26,270 civilians are reported killed. The actual number is likely to be much higher at times, especially if one includes the civilians who were indirectly killed, i.e. those people who died in the war through flight, malnutrition and illness.

The United Nations Assistance Mission in Afghanistan (UNAMA) has only been collecting statistics on civilian victims since 2009 and cites 17,252 civilian deaths for the period 2009-2014.

In general, such estimates and statistics must of course always be viewed critically and questioned. 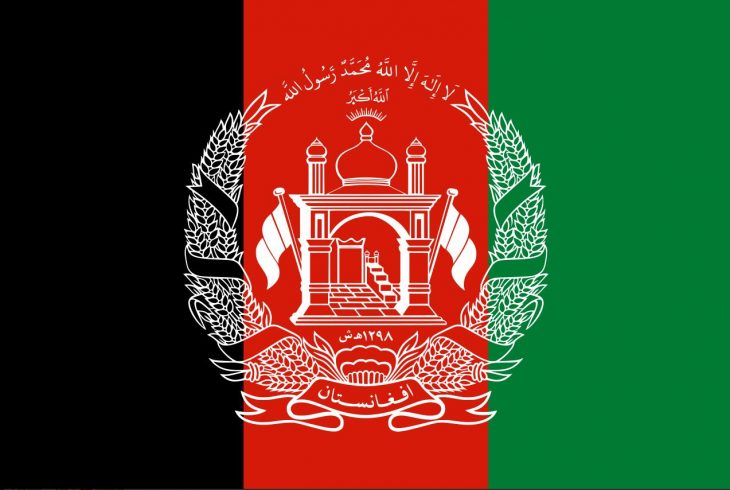 The national flag of Afghanistan

The Resolute Support Mission is the NATO- led successor to the ISAF mission and began on January 1, 2015. This much smaller follow-up mission no longer has a (direct) combat mission, but aims to provide continued training, advice and support for the Afghan security forces, ministries and institutions guarantee. Around 16,000 soldiers from 38 nations are earmarked for this, of which the United States will contribute the majority of the contingent. The plan of the mission envisages the “hub-spoke model” in which Kabul / Bagram as the central hub forms the “wheel hub” and the previous locations of the individual regional commands (now: Train Advise Assist Commands, TAACs) Mazar-e-Sharif, Herat, Kandahar and Jalalabad the “spokes”.

Originally it was planned that the Resolute Support training mission with this structure would last until the end of 2016, after which the support mission would concentrate on the Kabul region with a reduced contingent until all international troops finally withdraw from Afghanistan.

In the meantime, however, NATO has decided to extend the Resolute Support mission in the present structure beyond 2016. In November 2017, NATO also announced an increase in the troop contingent to 16,000 men.

Integrated into the Resolute Support Mission is the US operation “Freedom’s Sentinel” (OFS), which, as the successor to Operation “ Enduring Freedom ”, which also ended on December 31, 2014, continues to have the task of fighting terrorism and is expected to have a troop strength of around 5,500 men.

The deployment of the Bundeswehr

On March 13, 2020, the German Bundestag gave its approval for the continued deployment of German soldiers as part of the Resolute Support Mission. The new mandate is limited to one year and ends on March 31, 2021. The upper limit of up to 1,300 soldiers decided upon with the expansion of the deployment in 2018 remains unchanged.

Camp Marmal near Mazar-e Sharif remains an important base of the Bundeswehr in order to exercise management responsibility for the TAAC Nord, the spoke north in the hub-spoke model. It is supported by armed forces from 20 other nations. German soldiers are also stationed in Kabul and Bagram. The Termez strategic air transport base in southern Uzbekistan was closed at the end of 2015, as it is no longer necessary to maintain operations in their previous form. The German contingent for Resolute Support currently amounts to 1,187 soldiers (as of December 18, 2020).