The 2014 Presidential Election in Afghanistan 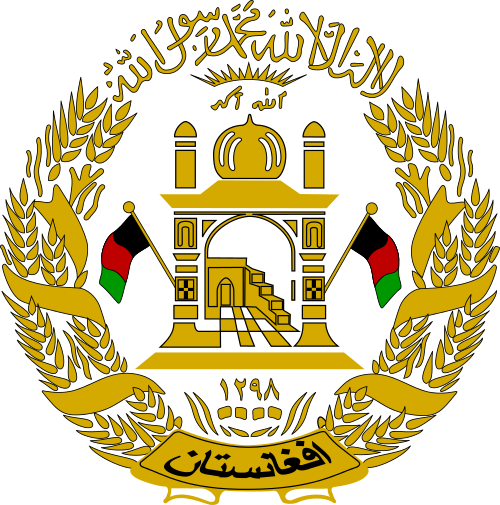 On April 5, 2014, the Afghan people were called upon to elect a new president. After two terms in office, President Hamid Karzai was not allowed to stand for election a third time. Of the original 27 applicants, the independent Afghan Electoral Commission (IEC) had approved eleven candidates, among them only men, only one woman ran for the office of Vice President.

Of these eleven presidential candidates, three withdrew their candidacy in the run-up to the election: Qayyum Karzai, Rahim Wardak and Nader Naim, so that there were eight candidates left on election day.

The most promising candidates for the office of president were Abdullah Abdullah,Ashraf Ghani and Zalmai Rassoul traded.

The election campaign had officially started on February 2, 2014, and the candidates sought the favor of over 12 million eligible voters, who were able to cast their votes in over 6000 election offices across the country on election day.

The risk of attacks that are directly related to the election was assessed as high as the Taliban had announced that they would be violently preventing the elections. The security responsibility for the elections lay largely with the Afghan Security Forces (ANSF) themselves, while ISAF primarily provided logistical support for the elections.

Contemporaneous with the election of the president the national provincial council elections also took place.

The national coat of arms of Afghanistan

For now, at least the Afghan people could claim a courageous victory for themselves. Despite massive attack threats by the Taliban, around 7 million people, out of around 12 million eligible voters, cast their votes. This corresponds to a voter turnout of around 60 percent. Fortunately, the

worst fears regarding terrorist attacks by the Taliban in the electoral area did not materialize, but on election day and in the days after, there were attacks with fatalities among the civilian population and the security forces. Numerous polling stations across the country also had to remain closed for security reasons.

The election complaints committee was responsible for examining these complaints.

The official final result and the runoff

On May 15, the electoral commission announced the official final result of the presidential election after the electoral complaints commission concluded its investigation into electoral fraud. It differs only slightly from the preliminary result, which was published on April 26th.

According to the official final result, Abdullah Abdullah received 45.0% and Ashraf Ghani 31.56% of the vote.

The resulting runoff between the two candidates took place on June 14th. Once again, more than seven million voters cast their votes, making the turnout even higher than in the first round of voting. There were also numerous attacks again the Taliban in the electoral area, to which numerous people fell victim. Nevertheless, the Taliban did not succeed in disrupting the runoff election decisively.

A preliminary result of this second ballot was expected for July 2nd, but was postponed to July 7th. The official final result of the runoff election was not expected to be announced before July 22nd. The introduction of the new president into office was scheduled for August 2nd.

According to the preliminary results of the runoff election, Abdullah Abdullah received 43.56% and Ashraf Ghani 56.44% of the vote.

The planned timetable for the presidential election threatened to stall considerably, as voices of massive electoral fraud by the Afghan electoral authorities in the run-off election were loud. So Abdullah Abdullah called for a termination of the vote counting until a joint UN-led Commission monitors the count and refused to cooperate with the Election Commission (IEC) until further notice from. Ballot papers are said to have been manipulated in favor of his opponent Ashraf Ghani, so that he is in the lead with a million votes in the current counting of votes should, although he was still well behind Abdullah in the first ballot. For this reason, Abdullah Abdullah rejected the previously announced results. But Ashraf Ghani also made allegations of fraud. The United Nations urged Abdullah not to boycott the electoral process any further, and the US threatened to withdraw financial and military aid if one of the candidates took power illegally.

In the meantime, however, even the head of the election commission admitted that there had been electoral fraud, but he left the extent open.

At that time, as a country located in southern Asia according to handbagpicks, Afghanistan ran the risk of the electoral chaos turning into a serious domestic political crisiscould grow if the fraud allegations were not resolved.

In the meantime, a possible solution became apparent: through the mediation of US Secretary of State Kerry, both top candidates had agreed that all votes cast should be recounted and checked in the runoff election on June 14th.

The United Nations should oversee the re-counting of approximately 8 million ballots. Both Abdullah and Ghani had promised to take part in the greatest possible review of the ballot papers and to recognize the result of the recount.

With the recount of the votes, which began on July 13th, the previous runoff schedule was obsolete.

The inauguration of the new president, originally planned for August 2, has been postponed to allow enough time for the extensive review. It was expected that the recounting and review would take at least a month.

Following the mediation of US Secretary of State Kerry, the two rival presidential candidates, Abdullah and Ghani, signed an agreement on August 8 to form a government of national unity, but no specific details were specified.

Regardless of the result of the ongoing recounting of votes, both candidates have committed to working together. The new president should be determined by the end of August and be in office on September 2nd. Nothing had happened so far: The counting of votes continued as well as the disputes and mutual accusations of fraud between the two adversaries and the power vacuum in Afghanistan; the outcome – even months after the election – was still uncertain. Even if a new president was to be determined, it was completely unclear what a unity government should look like in concrete terms or whether the parties could even mutually agree on it.

Furthermore, in the suspension order was the successor mission to the ISAF mission, Resolute Support, for those on the NATO summit in Wales the legal basis should be created. The incumbent President Karzai has refused for months to accept the bilateral security agreement that had already been negotiated to sign with the US and has imposed this on his successor. For the USA, however, this agreement is a basic requirement for its continued presence in Afghanistan. Since a successor to Karzai was still not in sight – by the way, both candidates would sign such an agreement according to their own admission – this closes the circle of imponderables.

The months-long tussle for power had come to a temporary end:

On September 21, 2014, Ashraf Ghani and Abdullah Abdullah signed an agreement to form a joint unity government. Hours later, the Independent Electoral Commission (IEC) declared Ghani the winner of the runoff election, but did not disclose the exact results of the vote recount.

For ex-foreign minister Abdullah, a new office is being created that the Afghan constitution has not yet provided for, that of chief executive officer (CEO), roughly comparable to the position of prime minister who heads the council of ministers. He has the right to propose and have a say when it comes to filling important government offices, but the president has the final say.

The new Afghan government thus consists of the cabinet ministers, the chief executive officer and his two associates, as well as the president. The corresponding departments should be divided equally between the political camps.

Skepticism is appropriate as to whether and how this dual government will prove itself in the future.

And one more question remains: was this the first democratic change of power in Afghanistan’s history? Doubts are in order here too! Election fraud on an “industrial scale” could ultimately not be cleared up and the vote of over 7 million voters who cast their votes at risk of death fell by the wayside in favor of an agreement.