FROM THE ORIGINS TO THE 18TH CENTURY

The first evidence of Thai written literature dates back to the 13th century. and consists of inscriptions on stelae (epigraphs in honor of the deceased sovereigns, of political and religious inspiration), engraved by King Rāma Kamheng (d. 1315), third ruler of the first Siamese dynasty of Sukhōthai, to whom we also owe the Thai script adapted from the Sanskrit devanāgarī alphabet. Influenced by Môn and Khmer cultures, and by Indian culture, especially by the numerous canonical Buddhist works, the Jātaka (tales of the Buddha’s previous lives) and the Rāmāyana, Thai literature has developed simultaneously in the oral and written form, learned (which flourished above all in court environments, with the decisive contribution of the sovereigns themselves) and popular, giving rise to real literary genres, both in prose and in poetry. In particular, the musicality and ductility of the language favored the flourishing of poetic and theatrical compositions. Popular literature, partly religious and partly profane, includes tales, legends, poems. One of the most famous stories is the Vessantara jātaka, the story of Prince Vessantara, incarnation of Buddha, which is still read today in Buddhist temples on special occasions. The first Siamese transcription of Vessantara jātaka (Wesandon jadōk) or also Mahachāt (“The great [or last] incarnation”) took place in 1482 at the behest of the sovereign Traylokanāt, a devoted follower of Buddhism, who entrusted the task to the most talented scholars of the time. Worthy of note are the stories in verse, a literary genre in vogue until the 19th century, in which Sunthon P’hu (18th -19th century) stood out, who left 24 works including stories in verse, moral poems, lullabies and proverbs that reflect an agile and natural style; most famous are his nirat (“separation” or “despair”), compositions written on the occasion of a departure or a separation. A very fruitful genre in Thai poetry is the lullabies intended for both children and the king’s elephants. Other poetic genres such as songs in verse (p’hleng,doksoi, sakrawa) and the poems or love songs called p’hleng yao, were widespread during the so-called Ayutthaya period (14th-18th century): the poems composed by Prince Thammathibet (mid 18th century) are famous. to accompany the procession of royal boats. For Thailand 2009, please check hyperrestaurant.com.

FROM THE BEGINNINGS OF MODERN THAI LITERATURE TO CONTEMPORANEITY

The influence of Western languages, genres and literary themes was instrumental in the development of modern Thai literature. Its beginning dates back to the mid-19th century, a time when relations with Western countries were consolidated by the rulers Rāma IV and Rāma V. The Vajiravudh sovereign, Rāma VI, who reigned from 1910 to 1925, author he himself of a hundred works of various kinds, is considered the forerunner of modern literature. We owe to him the introduction in Thailand of the European theater and the birth of an opinion press. Theater and fiction, which had gradually abandoned themes of Indian origin or linked to tradition, were inspired by new social experiences, presenting a lively portrait of an evolving and strongly assimilating society. A significant expression of the Thai literary renewal was the birth of the novel, a genre that experienced a great diffusion and was cultivated in different forms: sentimental, comic, religious, political, historical, social. It is still to a member of the royal house, Prince MC Akat Damkeung, that we owe the first truly great Thai novel:Lakorn hèng chivit (“The theater of life”, 1929). The novels published in the period following the establishment of the constitutional monarchy (1932) essentially belong to three categories: the popular novel, the adaptations of foreign works and the novel intended as a work of art. The latter category includes the best Thai fiction, in which authors such as: Dok Mai Sot (pseudonym of ML Bupha Kunjara: Phudi “A quality being”, 1929; Nilae chivit “This is life”, 1929) ; Bunleua ​​(pseudonym of ML Bunleua ​​Thepyasuwan: Thutiya wiset “The lady of royal honor”, 1968); Botan (pseudonym of Supha Lusiri: Chotmai chak muang Thai”Letters from Thailand”, 1970). Among modern and contemporary writers still stand out: Prince MR Kukrit Pramoj, author of numerous essays and of the volume, repeatedly republished, Si pendine (“The four kingdoms”, 1953), a chronicle of palace life from Rāma IV (mid 19th century) to Rāma VII (1925-35); and the refined narrator Lao Kambhom (pseudonym of Kamsing Sinork, of whom we remember the collection of short stories Fa borkan (“The Politician”, 1958) and the novel Mèo (“The cat”, 1983). Burapa (pseudonym of Kularp Saipradit), whose most famous novel is Khang lang phap (“Behind the photography”, 1937); Pira Sutham, who writes in English (the novel Monsoon country, 1988; the collection of short stories, People of Esarn, 1987, trans. it. Tales from Thailand, 1993); Nikom Raiyawa, author of the novel Taling sung sung nak (“High shore, grave tumble”, 1984). 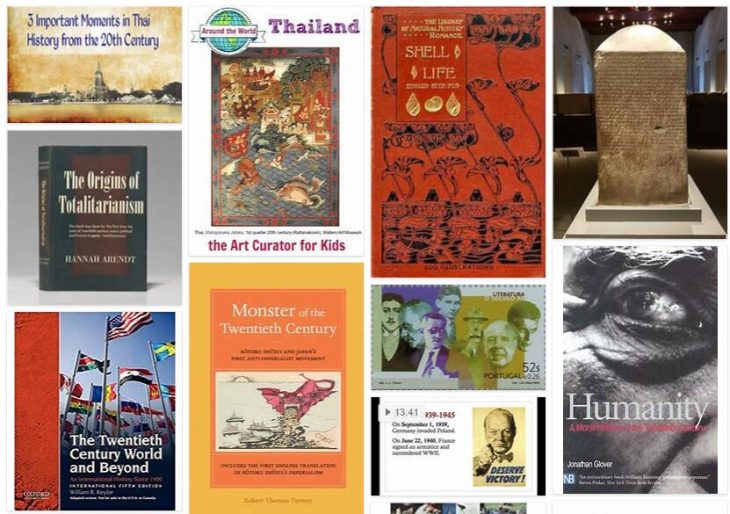