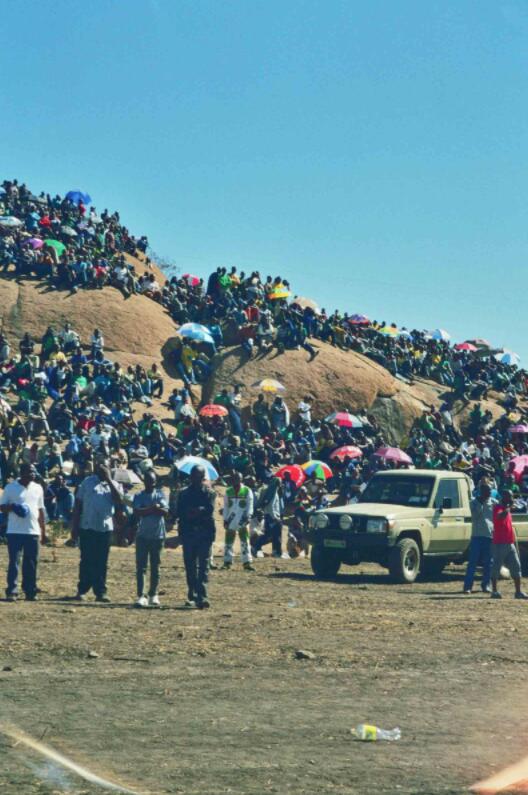 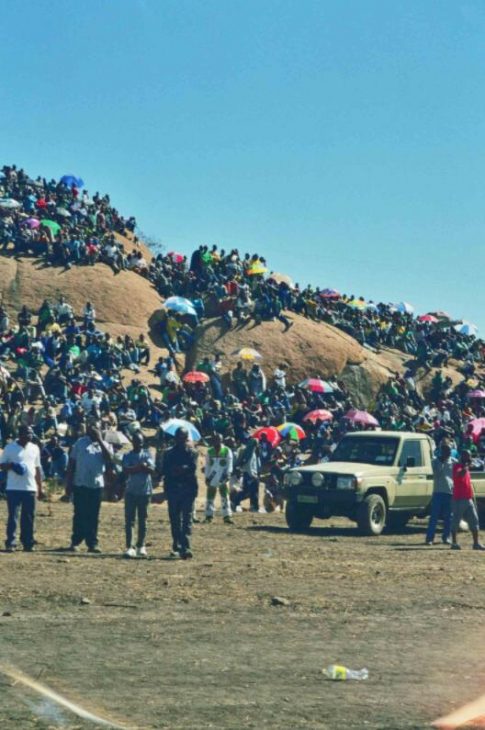 South Africa is one of the most important mining nations in the world, the world ‘s largest reserves of gold and platinum are stored there, and there are also large deposits of diamonds and coal. Every year South Africa extracts natural resources worth around 75 billion euros and thus accounts for the majority of its exports. The mining contributes significantly to GDP, but is also subject to international factors and contexts, such as fluctuations in world market prices. While gold mining is declining overall in importance despite advanced technology and temporary fluctuations, platinum and coal winand iron ore increasing in weight. So relates China its iron ore mostly from South Africa. Almost 80 percent of the platinum on the world market comes from South Africa. The platinum mining is an important source of foreign currency in South Africa, even crisis-rich but over time retrospect.

In 2012, following the massacre in Marikana on August 16, 2012, platinum mining became the focus of bloody clashes, with 34 strikers killed and demanding higher wages. The week before, two police officers, two security guards and six strikers had been killed near Rustenburg, north-west province. A commission of inquiry – publicly named after its chairman Farlam – dealt with the role of the police, the strikers, the trade unions and the Lonmin mine operators to investigate the Marikana massacre, and the importance of the Ministry of Mineral Resources was also discussed. There were repeated controversies about the procedure and financing of the commission and the lawyers working there. Transcripts of all statements provided by the Socio-Economic Rights Institute of South Africa (SERI). Background information is provided by studies, newspaper dossiers, television news and reports from non-governmental organizations. Debates were also held because of the relatively late publication of the report or parts of it by the Zuma government. The widows of those who were shot or their families received no compensation, many live in great poverty. Although they made a reference to BASF’s supply chain responsibility in April 2016, this company, which purchases South African platinum from Lonmin for catalyst production, took no responsibility in this regard.

The wage demands of the Lonmin workers were partially met, their work and life situation is still problematic. In January and February 2014 there were renewed strikes over wage demands, these were supported by parts of the miners’ union AMCU, within this union and between other Plantin and gold miners the political and labor law sense of the strike and the negotiations with the mine operators were debated. The conflicts between two competing unions continue. In July 2015 there were first statements from a new union.

Anglo American Platinum, the world’s largest platinum producer, laid off 12,000 of the 28,000 striking miners in 2012. When new layoffs of 14,000 workers were announced in early 2013, the ANC government threatened to withdraw the mining rights. It was agreed on 6,000 layoffs. Political observers discussed the strike and these developments in larger contexts, specifically in the structures of the platinum and mining sectors.

In 1994, South Africa’s Mandela government faced the task of tackling the social and economic legacy of apartheid. According to official statistics, almost half of the population lived below the poverty line at the time, and the vast majority of them belonged to the black majority of the population. In the RDP (Reconstruction and Development Program) the focus was on the satisfaction of elementary basic needs: access to decent living space, clean water and electricity.

With the new economic policy initiative introduced in 2006, the Accelerated and Shared Growth Initiative for South Africa (ASGISA), the government wanted to put more emphasis on job creation again.

In mid-2012, the government presented the national development plan, which aims to overcome poverty and social inequalities. Its implementation poses major challenges for political decision-makers and authorities. The New Growth Path (NGP) applies until 2030 and emphasizes the role of the state and administration in planning specifications and implementation. This concerns impulses for economic development and for the improvement of the services of institutions, especially at the municipal level. Some representatives of the trade union confederation COSATU rejected him because he did not care enough about job creation. Some also criticize that the funding of the program remains with the state and that the private sector is not held accountable. Meanwhile, other COSATU representatives held back with criticism.

Statistics South Africa and the OECD publish on employment and unemployment in South Africa. The Institute for Global Dialogue at the University of South Africa in Pretoria publishes studies on South Africa’s economic and trade policy. The Center for Development and Enterprise deals with labor market problems such as youth unemployment in the run-up to the 2019 parliamentary elections. The pivotal points of government are economic growth and the consolidation of democracy.

The effects of different economic programs on the labor market have been debated for years. Around 500,000 jobs were lost through South Africa’s integration into the globalized economy. The international financial crisis primarily led to a slump in exports.

As a major country in African continent according to diseaseslearning, South Africa maintains a transparent budget policy. According to the Open Budget Index, it is exemplary in a regional comparison in 2015 and 2017, but it needs improvement, for example in terms of lending to semi-public companies. Civil society initiatives will deal with the national budget in 2020. 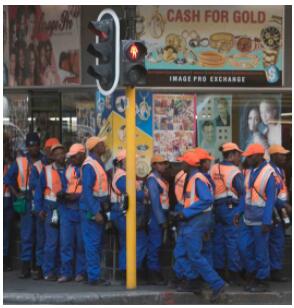 In order to accelerate the change in the extremely unequal ownership structure in the economy, which is still largely dominated by white, educated men, the government has been promoting Black Economic Empowerment (BEE) since 2003. By law and by repeatedly changing government regulations and amendments – from BEE to Broad Based Black Economic Empowerment B-BBEE – non-discrimination and quotas for capital participation and employment of blacks are stipulated. Affirmative action policies have enabled a small black elite to rise rapidly; the assessments varied in the temporal context, as well as for middle class: the new black middle class (middle class) does not have to this day over the assets of the white middle class. It is even more difficult for poor black people to start their own business.

In South Africa two types of economy coexist: a highly developed, competitive and a marginalized informal economy with micro-entrepreneurs and small traders. The government has recognized that the material living conditions for people can only be improved if they combine these parallel economies. Since then she has increasingly focused on the so-called second economy. However, exploitation and health problems are common here. The competition, for example, between small traders from South Africa and Zimbabwe is increasing because numerous companies there have become insolvent and Zimbabweans are now trying to secure their livelihood as traders in South Africa. Requirements for issuing visas and discussion papers for regional migration provide a basis for discussions and problem solving.