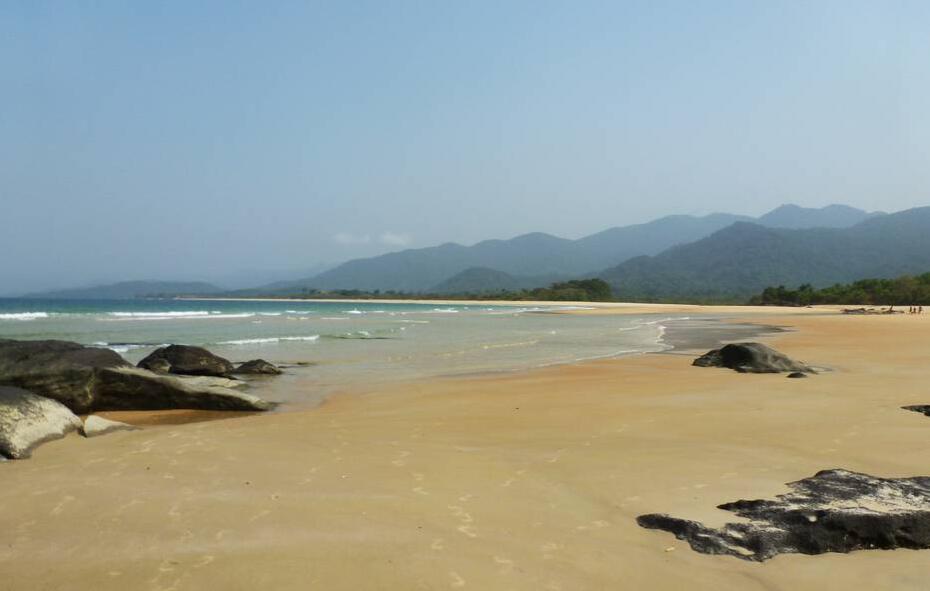 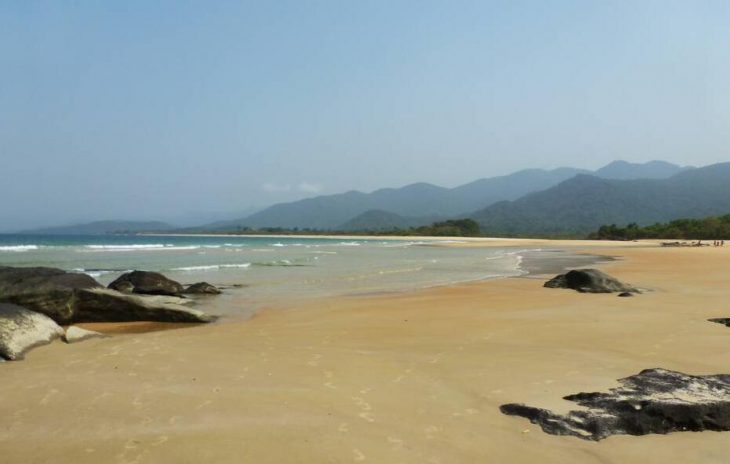 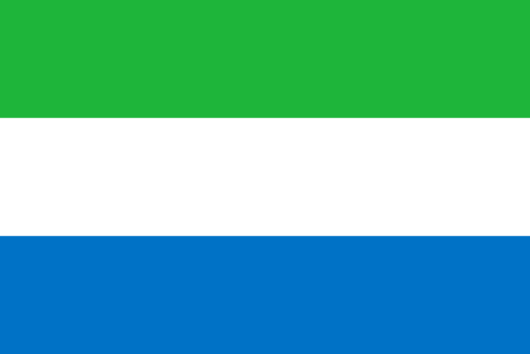 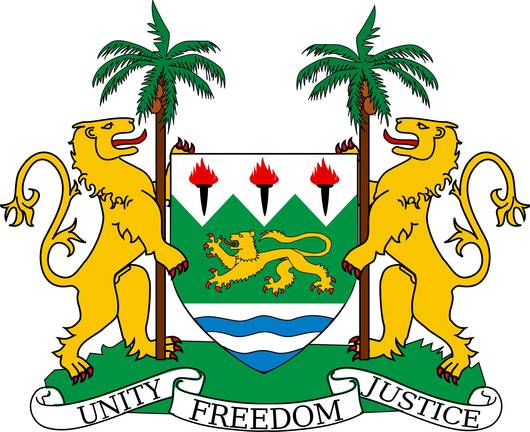 On April 27, 1961 the flag was introduced when independence from Great Britain was achieved. The flag consists of horizontal stripes of equal size: green above, white in the middle and blue below. These colors are derived from the country’s coat of arms, with the green symbolizing nature, agriculture and mountains. The white stands for unity and justice. The color blue is supposed to represent the sea surrounding Sierra Leone and the hope that the port of Sierra Leone will contribute to peace in the world.

The lion is the heraldic animal of Sierra Leone. The shield is white and green and is divided by a zigzag pattern. In the green part of the shield there is a golden lion, above it in the white part there are three torches, which symbolize freedom. The lion refers to the name Serra Lyoa, Lion Mountains. There are two blue waves on the base of the shield, which symbolize the sea. Two lions serve as shield holders and stand on a green background. Each lion holds an oil palm tree with four fruits. The motto below is on a tape: Unity, Freedom, Justice. 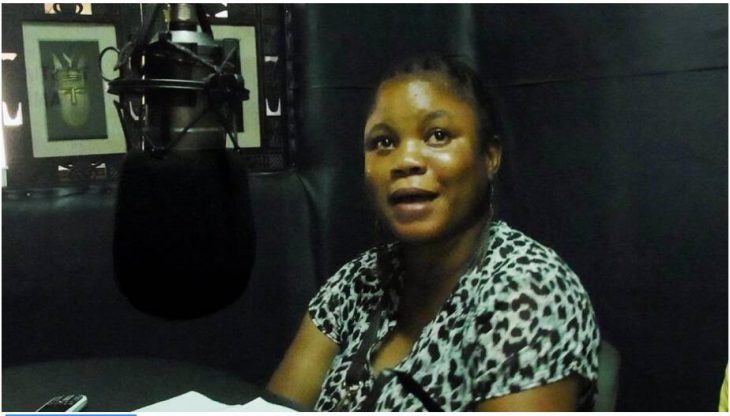 In the studio of Culture Radio

Today the most important medium in Sierra Leone is the radio. Sierra Leone Broadcasting Corporation (SLBC) emerged in 2010 from Sierra Leone Broadcasting Services (SLBS) and UN Radio. In addition, more than 20 private radio stations broadcast programs, some of which are regionally limited. Some of them are purely commercial broadcasters, some are financed by churches, others broadcast programs relevant to development, for example on health or education, and are financed within the framework of international funds. Notable examples of this are the productions by BBC Media Action and the soap opera Atunda Ayenda by Talking Drum Studio.

The Independent Radio Network (IRN) is an amalgamation of various municipal and private radio stations that was founded in 2002 to produce trustworthy, impartial news and topic-based programs on political events and current issues across Sierra Leone, as a contribution to a peaceful and democratic atmosphere Society. The IRN programs play an important role especially during the elections.

Television is popular in Sierra Leone, but its accessibility is limited. There is the state television station, SLBC, which broadcasts its programs in Freetown, Bo, Kenema and Makeni. The television program from African Young Voices (AYV) is relatively new. There is also cable TV with a few dozen channels. Outside the larger cities, television is of little importance due to the lack of electricity.

There have been repeated attacks on press freedom in the past. For example, the editor of the Concord Times was arrested in March 2006 and later released without prosecution. There was also a homicide committed against the editor of the newspaper For di People without prosecution. The radio journalist David Tam Bayoh, who is prominent in Sierra Leone, was imprisoned for 11 days in November 2014. Due to the state of emergency declared due to Ebola, this was possible without a trial. On the 2020 press freedom ranking ranks Sierra Leone slightly improved, 85th place out of 180 countries examined. One instrument for intimidating and sanctioning journalists are the Libel Laws, which are intended to protect the reputation of politicians. Journalists have long been fighting for their abolition, so far without success. 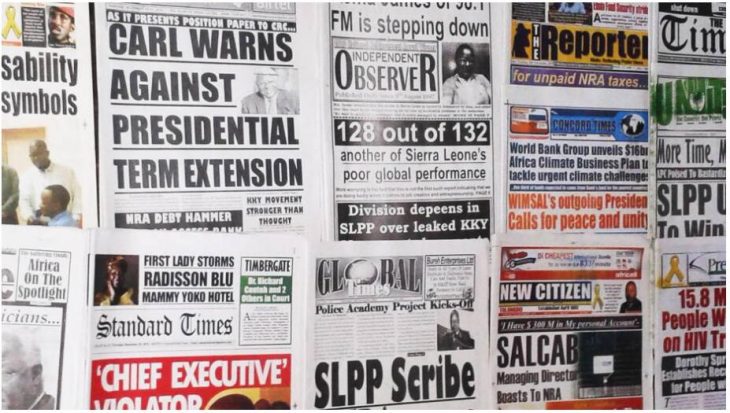 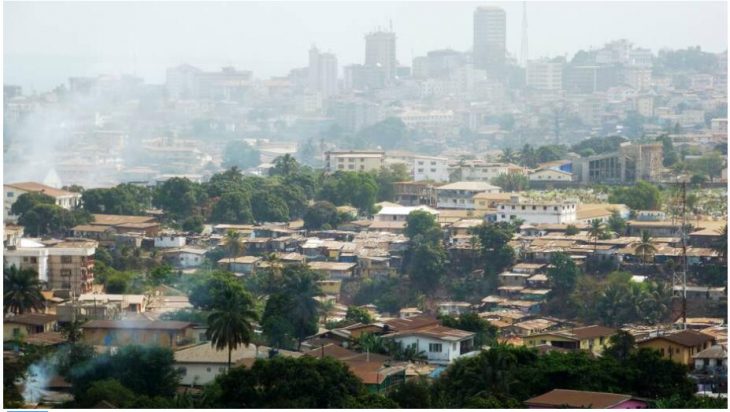 The ecological problems such as deforestation, soil degradation, depletion of resources, landscape destruction by mining, overgrazing and waste disposal pose a challenge for Sierra Leone, a country located in Western Africa according to computergees. The pollution of the coastal waters, especially in Freetown, is not surprisingly high, but it is necessary, as well as the protection of the coast as a whole, attention

The country still has 2,754,000 hectares or 38.5% forest. However, this is endangered by the extraction of raw materials and the extraction of agricultural land in the form of arable and pasture land or for plantations with oil palms. For this purpose, the areas are usually made agriculturally usable by slash and burn. The protection of the forest is considered important by the international organizations and the government in connection with the preservation of the country’s water reserves. For example, various international environmental agreements have been signed and a national framework program drawn up.

About access to clean water, only half of Sierra Leone’s population has. Only 20-40% of the population has access to sanitary facilities that discharge sewage separately. In the residential areas of the poor population, this is particularly problematic during the rainy season, as the contaminated water on the street rises and in some cases also penetrates into the living spaces.

The rate of urbanization rose steadily in Sierra Leone. During the civil war between 1991-2002, there were also the refugees who sought refuge in the capital Freetown and people who needed employment after the war. Even after the civil war, the distribution of the population remains concentrated in the cities. Many internally displaced people have stayed and settled in Freetown. Uncoordinated settlements formed, subsistence cultivation is practiced on roadsides, on the edge of garbage dumps and on slopes. People and their environment are at risk there, as the risk of erosion increases due to hillside settlements. 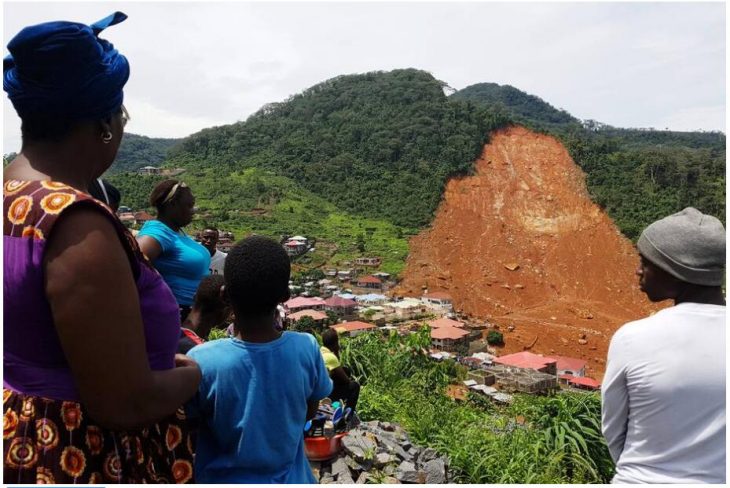 In August 2017 in Regent, on the outskirts of Freetown, after heavy rainfall, this led to a dramatic landslide and a mudslide, which killed around 1,000 people, and as many are still missing.

The disposal of waste has so far been uncoordinated. There have been several efforts on the part of Freetown City Council to address the litter problem in Freetown. So far, these efforts have unfortunately only resulted in short-term successes. Therefore, the waste that is no longer used is incinerated, which produces toxic gases when burned, which can lead to respiratory diseases.