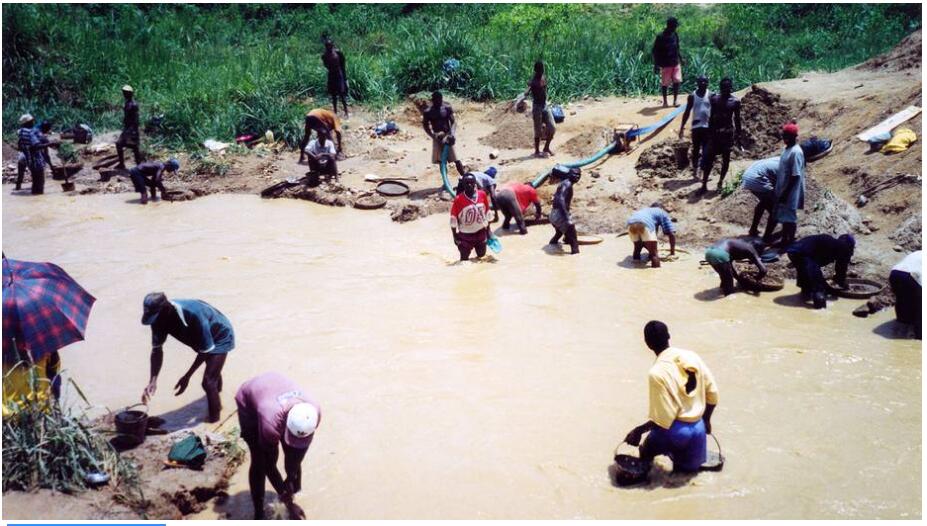 It is estimated that around two thirds of the population lives from agriculture and generates around half of the gross domestic product. Most of the agricultural income remains in subsistence farming, which is mostly based on small gardens in which cassava, peanuts as well as vegetables and fruits, often rice, are grown. Chickens and small livestock such as goats or sheep are often kept for self-sufficiency. In the north of Sierra Leone, animals, especially cattle, are kept mainly by the Fullah ethnic group.

Due to a lack of technical means and knowledge, simple, traditional production methods dominate agriculture. Nevertheless, the production of rice, corn, cassava, sweet potatoes, cocoa, cashew nuts and peanuts has been steadily increasing since 2002. 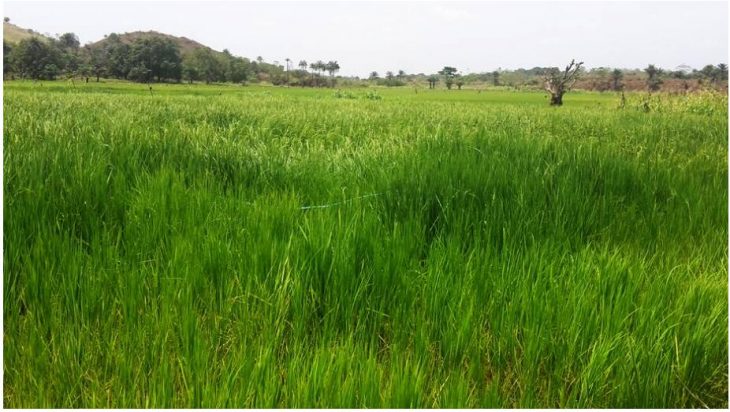 The production and quality of coffee and cocoa have increased continuously in recent years. Organic and fair trade cocoa reach prices that are worth exporting. The export of cashew nuts is also being expanded, which also has ecological benefits: the reduction of deforestation and soil degradation.

Most agricultural products are processed for personal use or for the domestic market, as high protective tariffs are levied by the western states on imports of processed products from countries in the south.

The FAO and the government want to use subsidy programs to ensure that smallholders produce more and thus sell a larger proportion of their products on the market. At the same time, the government made it possible to lease large areas of land, which in some parts of the country calls into question the food security of the rural population of Sierra Leone. 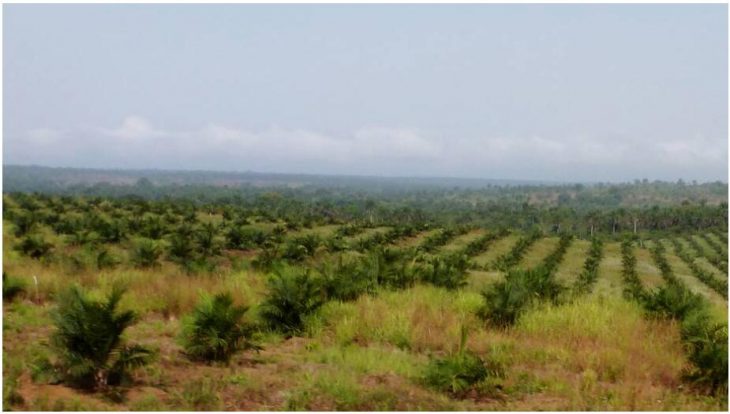 Palm oil plantation in the north of Sierra Leone

Two major projects in particular met with resistance from the population. On the one hand there are the palm oil plantations of Socfin in the southeast of the country, Pujehun District. There were repeated protests there over the loss of arable land and the working conditions on the plantations, which the government has cracked down on. On the other hand, the Addax company’s biofuel project, which was initially funded with European development loans, failed, which is why a large part of the shares was sold to Sunbird. The conflicts in the context of these plantations persisted.

In order to limit the negative consequences of commercial agriculture, “land grabbing” and fishing, the World Food Authority (FAO) has worked with civil society actors to develop guidelines for dealing with agricultural land and fishing rights. There have been new government land rights guidelines since 2017.

The fishing plays an important role, since fish account for almost two thirds of the animal protein consumed in Sierra Leone. The fish is sold fresh, dried or smoked. The FAO statistics assume an annual catch of around 200,000 t. The fisheries sector accounts for 10% of GDP and employs around 240,000 people.

A great danger of marine fish stocks and the existence of small fishing, the overfishing constitutes by foreign trawlers. Greenpeace and the Ministry of Fisheries and Marine Resources (MFMR) fight the very widespread illegal sea fishing that threatens the local fishing, often to the European market to serve. 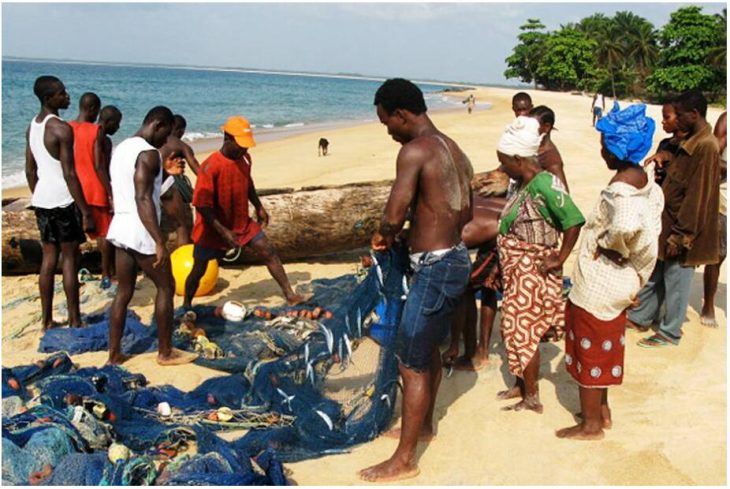 The mining sector, especially iron ore mining, has led to increases in the gross national product of between 10 and 20% annually since 2012. Due to the collapse of the world market price for iron ore by around 50% and the Ebola crisis, this balance has deteriorated significantly.

Since the beginning of 2006 rutile and bauxite have been exported again. Sierra Leone has one of the largest deposits of rutile in the world.

The official exports of diamonds in 2016 were around 549,000 carats. This makes Sierra Leone tenth in diamond mining worldwide. Most of it is still broken down artisanal.

In addition to iron ore, diamonds, rutile and bauxite, gold is mined in smaller quantities. In 2009 oil deposits were discovered off the coast of Sierra Leone. A large number of international oil companies are carrying out test drilling, which also leads to concerns about the ecological consequences of possible oil production.

With the help of the World Bank, the mining sector has been reformed since 2009. In 2009 a new law regulating the sector was passed. The value of legally traded diamonds was approximately USD 184 million in 2014. The working conditions and mining methods of large corporations, as well as the frequent exploitation of children, are also problematic for the environmental and living conditions.

Sierra Leone is a member of the Transparency Initiative in the Extractive Sector (EITI / SLEITI), which aims to create a framework for the economy to ensure that all sections of the population benefit from the wealth of natural resources. In 2013, Sierra Leone was temporarily suspended because not all the necessary information was submitted. Since an audit in spring 2014, the conditions for full membership in the initiative have been met again. 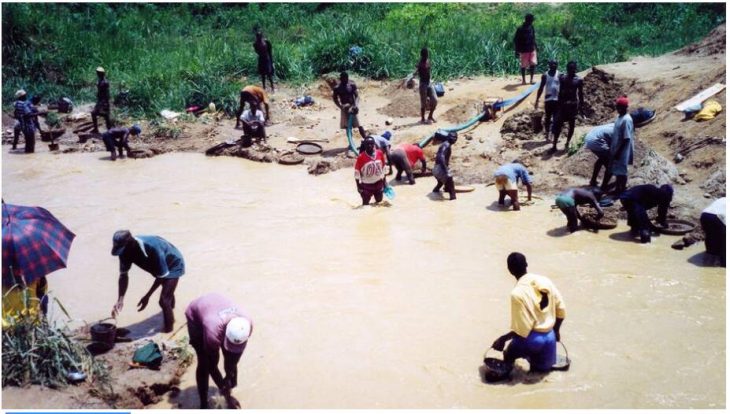