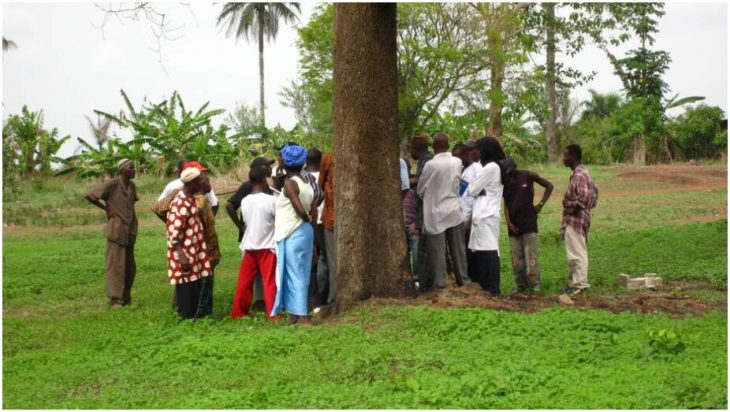 Meeting in a village

There is no single cultural identity in Sierra Leone: Although most people profess Sierra Leone as a nation, they identify with their ethnic group at the same time, without understanding this as a contradiction.

Across all ethnic groups, the secret societies and associations in Sierra Leone form another area of cultural identity for Sierra Leoneans. There are different secret societies for different activities. The most important leagues are the Poro Society for men and the Bundo Society for women. Before the formal western school system was introduced, they served the traditional transfer of knowledge between the generations. The secret societies are criticized by human rights groups because of practices that violate human rights, such as female genital cutting (FGM).

Interest in Sierra Leone’s cultural heritage has grown significantly in recent years. The SierraLeoneHeritage.org website documents historical sites and contains a collection of videos showing theater, dance and music performances, as well as traditional crafts and games. The former slave fortress Bunce Island is being restored and is increasingly being visited by tourists from all over the world, but mainly from America. This cultural monument is also on the UNESCO list of suggestions for a World Heritage Site. A monument commission was set up in October 2014.

Traditional art is directly integrated into everyday life in Sierra Leone. Culture is brought to the streets in the form of masked parades or public music and dance events. Works of art mostly have originally religious significance.

The different ethnic groups have characteristic dances, songs and musical instruments. Entry into adulthood, for example, is addressed with traditional songs. Each secret society has its own ritual songs and dances that are performed on feast days. The songs are accompanied by drums and rhythmic chants are used. 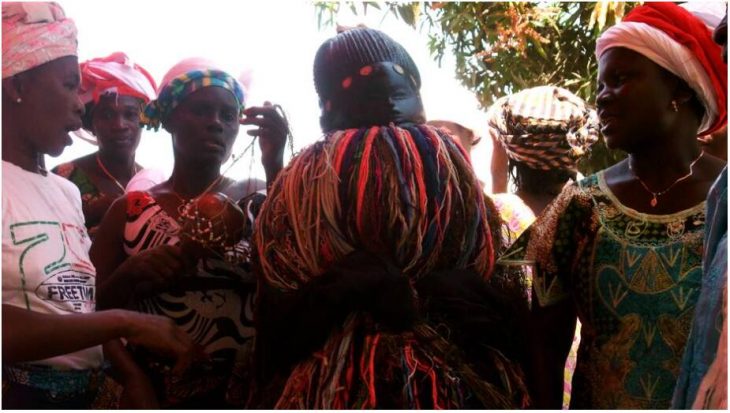 Public appearance of the Bundo Society

There is a rich tradition of poetry and short stories, mostly in the local languages or in Krio. However, some artists also write poetry in English.

The best known contemporary writers are Ishmael Beah, Syl Cheney-Coker and Aminatta Forna. In his books and poems, Cheney-Coker addresses his experiences in exile and the external view of Sierra Leone as an exile with a focus on corruption and the problems of an intellectual in Sierra Leone. In his biography, Beah describes the civil war from the perspective of a child soldier who had to fight for the Sierra Leone Army. It is one of the most moving and at the same time disturbing stories about the war. His second book, “Radiance of Tomorrow”is about the post-war period in a Sierra-Leonean village, the social structure of which has changed dramatically due to mining. Forna dedicated her memoir “The Devil that danced on the Water” to the life story of her father. In her novel “Ancestor Stones” she tells of the traditional life of four women in rural West Africa and their attempts to free themselves from it. Another novel, “Memory of Love”, is set in the post-war period. 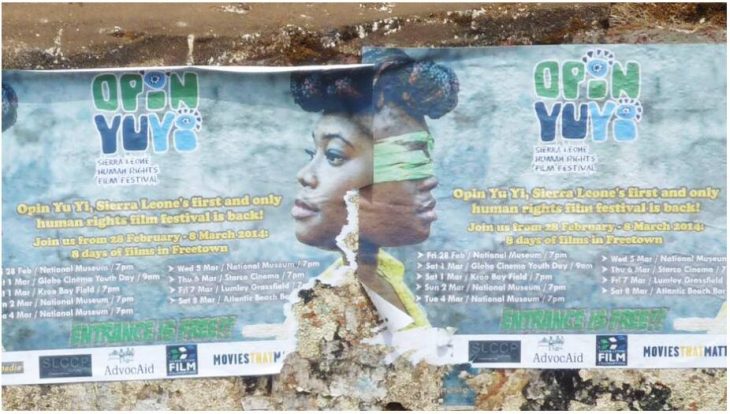 Poster for the film festival

In 2012 and 2013 the Sierra Leone International Film Festival took place, where 2/3 local and 1/3 international films were shown. Workshops and training sessions were held with the festival to promote the local film scene. Since 2012 there has also been “Opin Yu Yi” (Open Your Eyes), a film festival in Freetown with a focus on human rights that takes place annually.

All over the country there are small “cinemas” that use televisions or projectors mainly to show broadcasts of football matches from the major leagues, or ” Nollywood ” films from Nigeria – low budget productions that are often shot in just a few days. Based on this film culture, there are the first ” Sollywood ” films produced in Sierra Leone, for example ” For the Love of Money ” from the most prominent music and film producer Jimmy B with his ” Paradise Studios “.

The National Museum is located in the center of Freetown next to the famous Cotton Tree (Kapok Tree). With archaeological and ethnographic exhibits, it offers an insight into the history of the country. It has a small but fascinating collection of “juju” jewelry and historical artifacts, including the drum, clothing and sword of the Temne ruler and warlord Bai Bureh. Modern visual art is also exhibited there.

Arts and crafts can be found in many markets, the largest being the ” Big Market ” in the city center and the ” Tambakula Arts and Crafts Center ” in Aberdeen. Otherwise there are small art centers or studios for individual artists. ” Art Haus Sierra Leone ” is an online platform for art that is aesthetically and thematically linked to Sierra Leone, one of 16 countries located in Western Africa according to weddinginfashion.

Many artists also draw and paint for companies for advertising purposes or for non-profit organizations and government agencies. 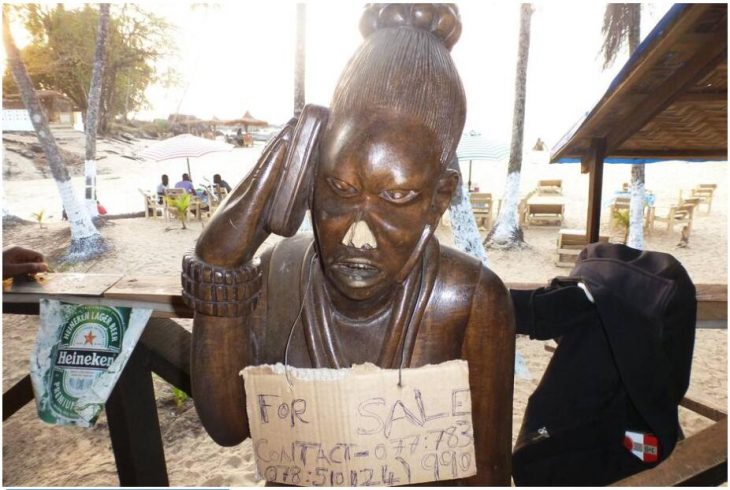 Sculpture by unknown artist for sale on the beach