Serbia lies in the heart of the Balkans region, which is now also politically referred to as the Western Balkans. According to politicsezine, Serbia is a country located in Southern Europe. It is at the same time an important transit country between Asia Minor and Western Europe / the EU, important motorway and rail connections between Western Europe and Istanbul cross Serbia in a north-south line. The state of Serbia covers an area of 77,484 km² excluding the former autonomous province of Kosovo (88,361 km² including Kosovo), the independence of which it does not recognize. Serbia borders Croatia in the north-west, Hungary in the north, Romania in the north-east, Bulgaria in the east, and Macedonia in the south, to the southwest to Kosovo (whose common border it regards as the “administrative border”) and to the west to Montenegro and Bosnia and Herzegovina. 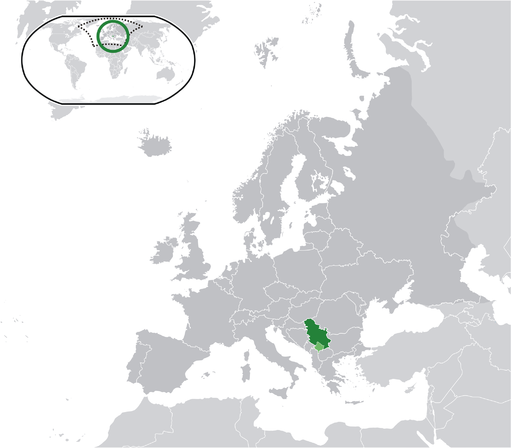 Location of Serbia in Europe

Serbian society shows strong conservative features, which were considerably reinforced by the nationalist war policy of the 1990’s. A special expression of these conditions is the precarious social position of sexual minorities to this day. It is true that the legal protection has improved significantly in recent years, in particular through an anti-discrimination law passed in 2009, as has the way the media are dealt with members of the LGBT community has improved. Nevertheless, the sexual minorities continue to see themselves exposed to discrimination, while the improved legal protection is hardly implemented in practice to this day. Organized resistance comes mainly from right-wing extremist Serb groups such as “Dveri”, “Naši” and “1389” – but also from the Serbian Orthodox Church. The most prominent expression of this self-assertion struggle for minority rights is the annual struggle for the Gay Parade. After 2001, a gay parade only succeeded in 2010 in Belgrade to hold. Around a thousand participants were protected from several thousand members of right-wing extremist groups and football hooligans by 5,000 security forces. In the following three years, most recently in September 2013, the Interior Ministry banned the Belgrade Gay Parade for “security reasons” – despite massive pressure from the EU.

In autumn 2014, again under strong pressure from the EU, a gay parade took place in Belgrade for the first time. A massive police presence prevented serious incidents during the parade. Ministers of the Serbian government, opposition politicians and Western diplomats also took part in the march, in which an estimated 1,000 to 1,500 participants took part. The day before, several thousand right-wing extremists had demonstrated against the parade.

However, two weeks earlier there was an attack on a German LGBT activist who was attending a conference in Belgrade and who was critically injured in the attack.

The nomination of the previous Minister of Public Administration, Ana Brnabić as the new Prime Minister of Serbia by the newly elected President Vučić in June 2017 meant a turning point in the history of the LGBT community in Serbia. She thus became the first lesbian Prime Minister of Serbia. This then set a first political signal in September with their participation in the Gay Parade 2017. The decision was received differently by the Serbian public: Serbian LGBT activists welcomed the appointment in principle. Sections of the parliamentary opposition put the historic step into perspective by what they believed was the political intentions of the president. Some minor,

As in the previous year, Serbia’s first lesbian prime minister took part in the Gay Parade for the second time in 2018. However, the Prime Minister’s second appearance was controversial among LGBT activists. Last year it made announcements to improve the situation of gays and lesbians. Numerous activists who wanted to prevent the Prime Minister’s participation complained that none of the promises had been implemented. The criticism was renewed at the Gay Parade 2019. In 2019, the Prime Minister became a mother after her partner gave birth to a child – another milestone in the history of the LGBT community in Serbia.

In 2020 the Gay Parade had to be canceled due to the corona or it was postponed to the coming year. In the middle of September the 10th Pride week took place, which this year had the corresponding motto – “Solidarity within your own four walls”. In this context, the activists criticized again that the government had not implemented most of its reform promises. In 2019, it was legally made easier for trans people to have their gender portrayed in personal documents without medical alignment. But in all other areas, such as the introduction of equal partnerships and their legal equality with marriage, there has been no progress.