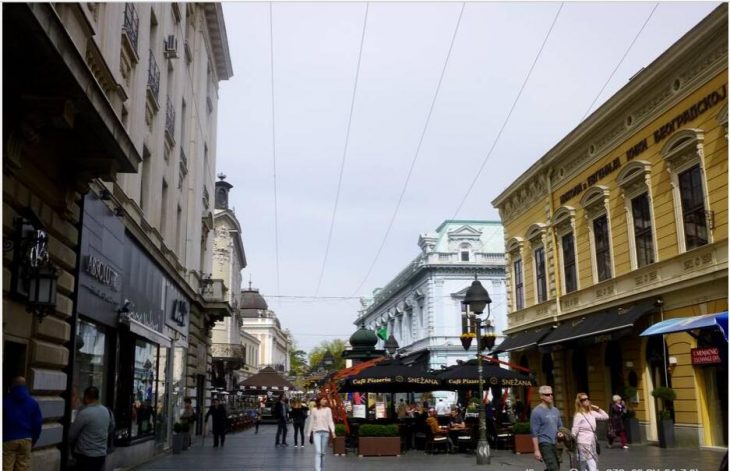 With the declaration of a state of emergency and a far-reaching lockdown in mid-March, far-reaching restrictions in everyday life in Serbia are associated.

Entry and exit to / from Serbia are not possible, as the borders – except for the movement of goods – are closed and so are the international airports – except for the delivery of aid supplies. Foreign citizens with residence status can enter the country, but then have to go into a 14-day quarantine (28 days for foreigners from so-called high-risk countries). Far-reaching exit restrictions apply within Serbia. For people over 65 there is an almost complete curfew, for everyone else at night. Local and national public transport has been discontinued. Visiting parks and public places is prohibited, as is the formation of groups of more than two people.

German citizens can find out about current developments at the Federal Foreign Office.

Repeal of almost all measures

With the rapid decline in the number of infections, almost all restrictions were lifted at the beginning of May. The extensive curfews have been lifted completely since May 4th and the state of emergency since May 6th. The borders have been reopened for passenger traffic, and a current corona test has not been required since May 22, which means that entry and transit is again possible without restrictions. At the border, travelers receive a bilingual information sheet about the pandemic measures to be observed. All shops, hotels and restaurants are open again, events with up to 1,000 people are allowed again. Local and long-distance traffic has been rolling again since May 8th, Belgrade Airport has started up again, however, the number of flights to and from Germany remains well below the pre-crisis level. While the distance rule still applies, there is no mask requirement.

Due to the renewed increase in the number of cases since the end of June, the measures tightened again to contain the pandemic, even if the original plan to reinstate curfews was abandoned. The exceptional situation was declared in Belgrade and several other cities and municipalities. Large events are now banned again, in all of Serbia a maximum of ten people are allowed to gather outdoors or in closed rooms. A distance of 1.5 meters must be kept. In public transport, in shops, shopping centers, cafes, restaurants and night clubs, etc., there is an obligation to wear mouth and nose protection and to maintain social distance. Mouth and nose protection must also be worn when staying outdoors if it is not possible to keep the minimum distance. 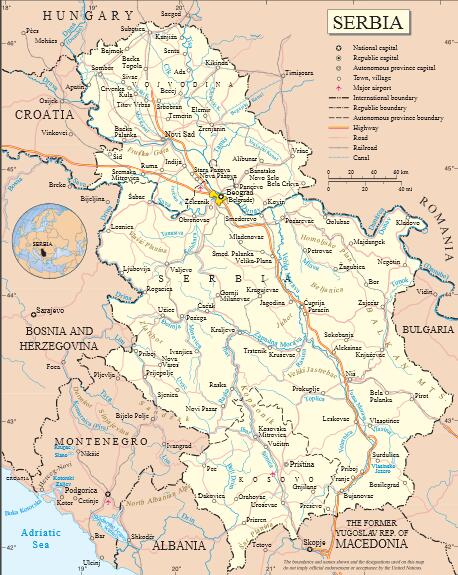 The entry and exit to and from Serbia

Entry and exit to and from Serbia in the direction of Western Europe is usually carried out by air, via Belgrade Airport or by land – either via one of the motorways or motorway-like road connections that the country with Croatia and Hungary in the north or Connect to the west, or alternatively by train. There are also bus connections to Western Europe. There is no visa requirement for German citizens and since 2010 entry with an identity card has also been possible. This gives you the right to stay for 3 months. For longer stays or to take up gainful employment, it is necessary to apply for an entry visa at one of the Serbian diplomatic missions prior to departure. Foreigners must register their whereabouts with the police within 24 hours,

In Belgrade and most of the larger cities in Serbia, rental prices for apartments (and houses) have increased significantly in recent years. But even in the capital, they are still well below comparable prices in Germany (only luxury apartments in very central locations are approaching German prices). The search for accommodation is carried out via word of mouth, real estate agencies and increasingly via corresponding portals on the Internet. The supply of electricity, water and gas is now usually unproblematic.

In addition to domestic banks, there are also a large number of foreign banks in Serbia, above all from Austria and Russia.

Credit cards can be used as a means of payment in larger stores and international chains. The money supply via EC card is guaranteed in medium-sized and large cities and in tourist areas. It is also advisable to have enough cash with you.

Medical care in Serbia does not meet the German standard on average. Hospitals, too, often do not have adequate equipment or cannot provide adequate medical care for all clinical pictures. The hygiene is inadequate. The exception is a number of public and private clinics and practices in the capital Belgrade, as in some other large cities (Novi Sad, Nis). 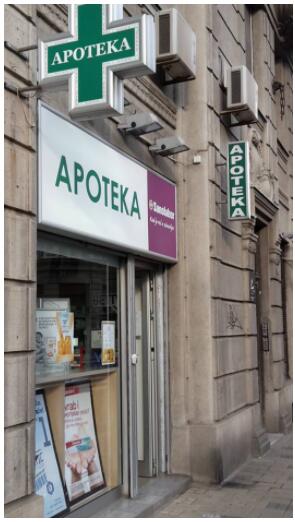 Serbian institutions charge significantly higher fees for treating foreigners than for Serbian citizens. Free treatment on a foreign health insurance certificate (“JU-6”) is only possible in state hospitals. There is a sufficiently dense network of pharmacies in Serbia. They are open on working days from 8 a.m. to 8 p.m. and on Saturdays from 8 a.m. to 3 p.m. Only pharmacies on duty are open on Sundays.

Before traveling to Serbia, the Federal Foreign Office recommends vaccinations against tetanus, diphtheria and hepatitis A, and for long-term stays over four weeks or particular exposure against hepatitis B and rabies.

There are currently roaming contracts with providers in Serbia from E-Plus, O2, T-Mobile and Vodafone.

Country code from Germany to Serbia: +381

Country code from Serbia to Germany: +49

The Internet is now widespread in Serbia, especially among the younger generation. The country code in Serbia is “.rs” (old:.yu).