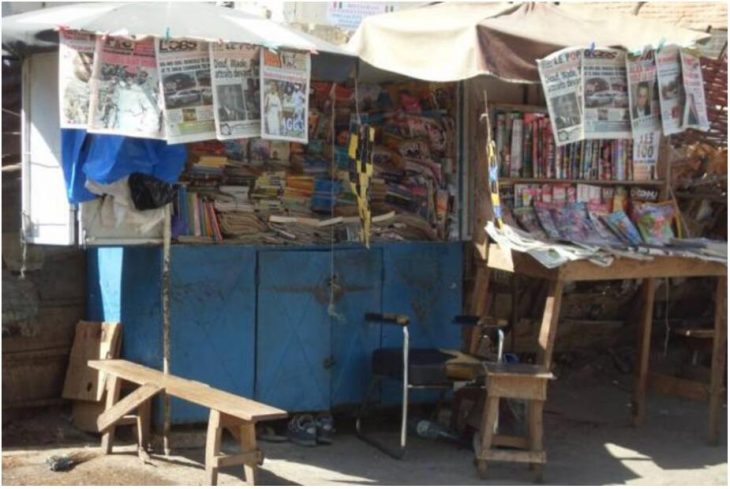 A lively media scene has emerged from the original state monopoly. Today in Senegal there are 7 television channels, 18 daily newspapers, 15 weekly and monthly magazines, several news Internet portals, 25 radio stations, 3 of which are state and 22 private and around 60 so-called “radio communautaires”, local radio stations that are only received at municipal level. (As a reflection of the media scene, these numbers are constantly fluctuating).

In addition, a special feature of the media landscape is the concentration of large private media complexes such as Sud Communication, Futurs Médias, Walfadjiri and Avenir Communication.

After the liberalization of the television landscape in addition to the state broadcasters RTS, the sister broadcaster 2StV, there are also the private channels Walf TV, RDV and Canalinfo. In September 2010, the TV station TFM of the Senegalese pop star Youssou N’dour went on air after more than two years of fighting and political influence.

A special feature of this daily press is the widespread use of a popular press (As, Pop, Scoop and others), which mixes the most important domestic political news with a broad local chronicle, sensational news and Blood & Crime.

There are also internet portals that offer newspaper articles from the well-known Senegalese daily newspapers, their own analyzes, TV recordings and live streams from radio stations:

The most popular private commercial radio stations include Sud FM, Walfadjri, and RFM. They broadcast in French as well as the main native language Wolof, and occasionally individual programs in other native languages.

Since the early 1990’s, the so-called “radios communataires” have increased by leaps and bounds. They are limited to a narrow geographical area, serve to distribute local news and broadcast in the native languages common in the catchment area.

The distribution of electronic media is relatively high, there are a large number of Internet portals but also political blogs that allow the large community of Senegalese abroad to be closely connected to their home country, but are also used intensively in Germany. The national telecommunications regulation agency gives the share of internet users in the total population of 58% for 2017.

There is also a search engine that lists international news with the keyword Senegal and which is worth taking a look at from time to time.

Freedom of the press

The diversity of the Senegalese media scene as well as a look at the critical editorials and comments make Senegal look like a paradise of freedom of expression at first glance. Following a downward trend in recent years, the country is currently rated not insignificantly better, for example in the ranking of Reporters Without Borders, in which Senegal was ranked 47th out of 180 countries examined in 2020 (two ranks behind the USA) critical African Media Barometer 2013 of the FES or also in the Media Sustainability Index (MSI) of IREX.

After journalists were able to report freely and transparently about the penultimate presidential election and after Sall’s announcement that press offenses would finally be decriminalized, Senegal initially moved up 16 places to 59th place in the 2012 press freedom index of Reporters Without Borders. But the conviction of the journalist El Malick Seck in December 2012 once again raised doubts about the passage of the press law that had been announced since 2010, and Senegal, one of 16 countries located in Western Africa according to remzfamily, has continuously fallen behind in recent years. After lengthy deliberations, this law was finally passed in mid-2017.

2008 and 09 were particularly bitter years for the Senegalese media, especially the press. Senegalese journalists have been physically assaulted, summoned and even sentenced to prison terms. In addition, the general conditions of the profession are extremely poor: the poor training and payment of journalists makes them vulnerable to manipulation. There is a certain tendency towards car censorship in the media, but more in the economic or religious than in the political field.

There was a high-profile incident in 2009 when followers of a religious leader devastated the private television station Walf TV and injured journalists – the culprits have not been held responsible to this day.