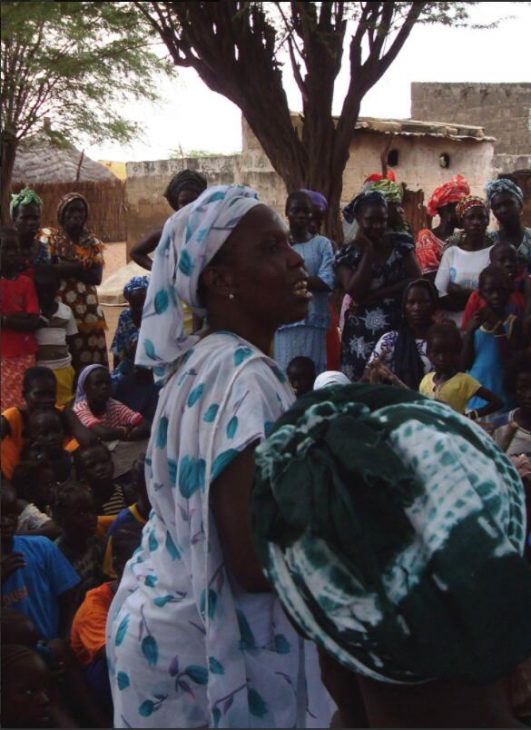 The central policy area has been poverty reduction since 2003, also through an accelerated growth strategy aimed at promoting economic growth and the private sector.The central document on poverty reduction was the National Strategy for Economic and Social Development 2013-2017 (SNDES). Under Macky Sall, the ” Plan Sénégal émergent ” was developed as a key document for the social and economic development of Senegal and is now in the foreground as a national strategy.

Ex-President Wade was one of the co-initiators of NEPAD, which is supposed to bring more foreign private investments to Africa.

The first structural adjustment programs were carried out under pressure from the Bretton Woods institutions in the 1980’s and undoubtedly improved the macroeconomic framework, but they were unable to increase economic output on a permanent basis, let alone provide sustainable support for poverty reduction. The devaluation of the CFA franc by 50% in 1994 improved economic performance, but made the living conditions of large sections of the population more difficult.

Macky Sall must first accentuate his economic policy. One of its priorities is to reduce the budget deficit. He announced that he would reduce spending on the state budget (the media-effective closure of almost 60 state structures that were judged to be inefficient in May 2012). One of the top priorities is the rehabilitation of the ailing energy sector, the subsidization of which is eating holes in the state budget.

In December 2012 a tax reform that had been prepared for some time was decided.

To this end, he wants to increase economic growth to 7% within a few years using the PSE and received a pledge of 7.5 billion dollars from international donors in Paris in February 2014. 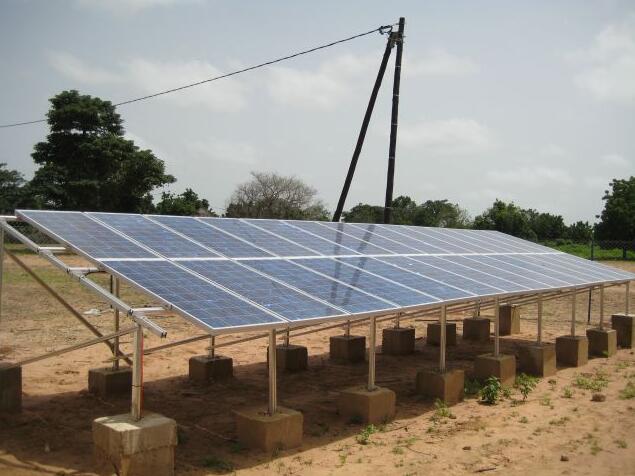 Solar panels in the countryside

Today, the poor energy supply is primarily a hindrance to the country’s economic development. Senegal is dependent on crude oil imports for power generation, the state energy company Sénélec is operating in deficit despite repeated restructuring attempts and financial injections by international donors and can also not meet the energy demand. In June 2011, the ongoing power cuts, combined with general political dissatisfaction, led to serious unrest. An emergency plan showed the first effects in the second half of 2011, but the resources used for this purpose were at the expense of other departments. After the change of power, the above-mentioned “Plan Takkal”, which was under the authority of the president’s son Karim, like other major projects of the previous regime, will be subjected to an audit.

Subsidizing the energy sector cost the Senegalese state 150 billion FCFA in 2011 (around 2% of GDP according to the IMF).

Despite a fundamental reorientation of the Senegalese energy policy in 1997, the high potential for renewable energies (sun and wind) has so far hardly been exploited.

As one of 16 countries located in Western Africa according to loverists, Senegal is not exactly popular as an investment country because of these various problems, but the political regime change has clearly been conducive to the business and investment climate. Senegal had already attracted short-term investors during the Wade government, but the Wade regime soon had a relatively bad reputation, which prevented foreign investors in particular from investing in the country.

In the World Bank report “Doing Business 2008”, Senegal was ranked 168th out of 175. In the 2009 edition, the country jumped 19 places, was 149th out of 181 countries and was one of the three African countries with led the best economic reforms. An important reason for this leap was the founding of APIX (Agence de Promotion des investissements et des grands travaux), which aims to facilitate business investments.

After that, however, Senegal slowly and steadily slipped back down and took 171st place (under 189) in the “Doing Business Report” 2014. It was not until 2015 that the rating improved again to rank 156, and this continued in small steps in the following years. For 2020, Senegal is ranked 123rd out of 190 countries examined, with an upward trend.

For the past decade, the government has focused on major infrastructure projects as the engine for economic development. Small and medium-sized enterprises, which today generate around 20% of GDP, tend to be neglected, although they could represent the backbone of the Senegalese economy. After the change of power, however, a shift in emphasis can be observed and today the social security of all citizens is mentioned as a major government project.

The trade balance of Senegal is chronically in deficit, and size of the deficit is since independence with only brief exceptions increased steadily. In 2017, exports were worth 3.59 billion, while imports were worth 7.89 billion US dollars.

The main export goods include petroleum products, phosphates, gold, fish products, and cement. The main trading partners for export are Mali, Australia, India, Côte d’Ivoire and Guinea. Senegal was able to diversify its sales markets relatively successfully; France, which in 1967 still absorbed 80% of Senegalese exports, is no longer listed among the ten strongest import nations for Senegal. Today these are China, Nigeria and India. Crude oil and petroleum products, food (rice, wheat flour, dried milk, sugar and vegetables), metals and machines still make up the majority of imports today, but Senegal basically has to import almost all types of industrial goods.

Foreign trade with Germany is insignificant. In terms of trade volume, Senegal is only 127th out of 239 trading partners.

As an economic region, the EU is Senegal’s main trading partner. For over a decade, Senegal was in the lead in opposing the new Economic Partnership Agreements (APE – Accords de partenariat économique) in West Africa, which are intended to replace the non-reciprocal trade preferences of the Lomé agreements. Despite critical voices from economic experts and civil society, who warn of the dangers of a free trade agreement for so underdeveloped and uncompetitive economic systems like Senegal, the political leadership under Macky Sall has turned around and is advocating ECOWAS today, together with the other heads of state, the signing of the agreement.

Senegal seeks to diversify its partnership options significantly, the resumption of diplomatic relations with the People’s Republic of China also led to lively trade and economic relations. China’s engagement influences the premises of economic relations as well as development cooperation all over the African continent. In addition, in Dakar, as in many other West African capitals, there are a large number of traders in the informal sector.

In the past, Senegal had often resorted to foreign donors, so that by the mid-1990’s the debt had risen to over 90% and to a debt service ratio of around 20%. Senegal had qualified for the expanded initiative for highly indebted poor developing countries (HIPC).

With the first debt relief in 2000 after reaching the decision point, the debt burden was reduced considerably, for example 50% to the IDA. After the completion point of HIPC II was reached in April 2004, there was a further significant debt reduction. In recent years, foreign debt has risen sharply again and is given for 2019 at USD 8.75 billion.