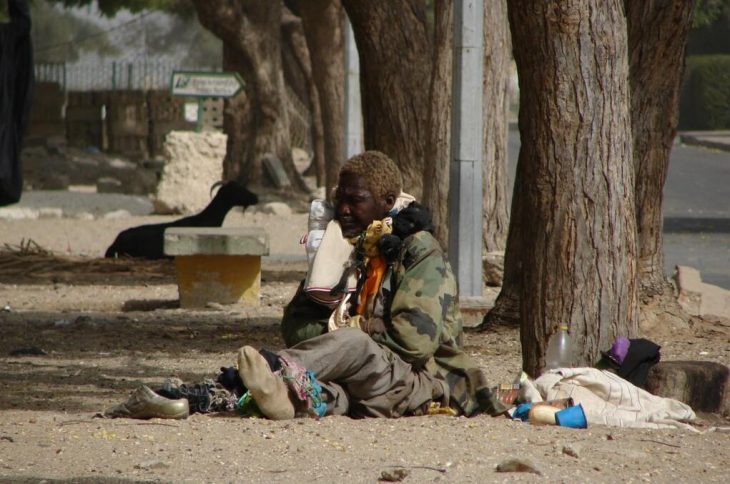 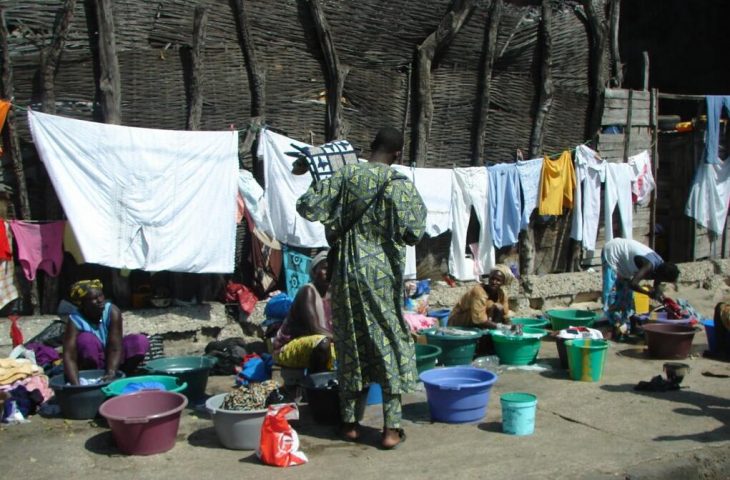 Laundresses in the medina 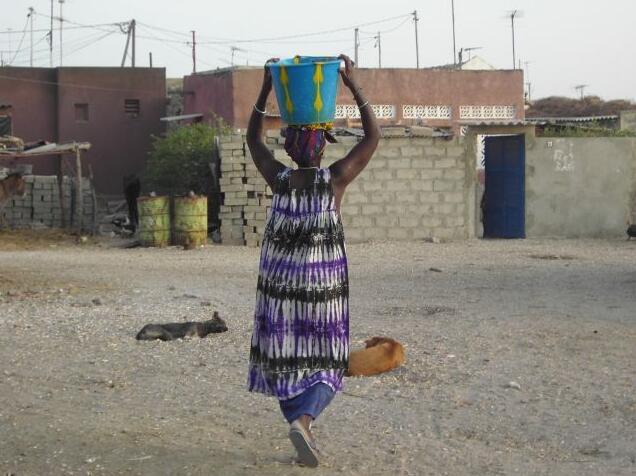 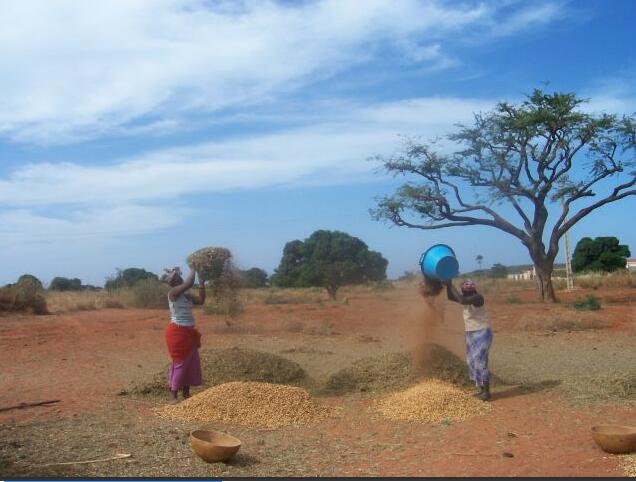 Separating the chaff from the peanuts

As one of 16 countries located in Western Africa according to localtimezone, Senegal is one of the poorest countries in the world and only ranks 166th out of 189 in the current UNDP Human Development Index of 2018. The country is one of the Least Developed Countries (LDCs).

Women in particular often suffer from extreme poverty and the lack of essential basic services.

Despite the macroeconomic growth in recent years, no breakthrough in poverty reduction has yet been achieved. 60% of the population lives in extreme poverty and has to get by on less than two USD a day. Accordingly, poverty reduction is at the center of national development efforts. The Document Stratégique de Réduction de la Pauvreté (DSRP), which was developed in 2002 and updated in 2005, served as a reference framework, and from 2011 the DSEP, which was further developed with Horizon 2017 after the change of power to SNDES.

The Millennium Development Goals (MDGs) applicable for the period from 2000 to 2015, which had hardly played a role in the first DSRP, became increasingly important in the direction of development policy. However, Senegal had not achieved most of the MDGs. A progress report was presented by Senegal in 2012. There were particularly large deficits in improving maternal health and reducing child mortality. 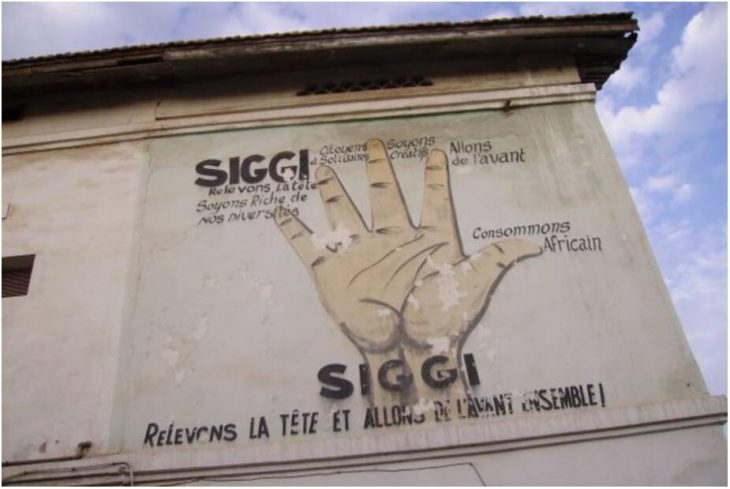 Senegal’s main multilateral donors are the World Bank and the EU. In addition, almost all UN programs are represented by national agencies and often also the regional offices for West Africa.

The general conditions of Senegalese politics and the functioning of the Senegalese institutions in the implementation of development cooperation measures, especially in the pursuit of goals such as sustainable growth and poverty reduction, are generally regarded as good. When comparing the states of Sub-Saharan Africa in the World Bank’s “Country Policy and Institutional Assessment Index (CPIA)” for quality measurement of the function of politics and its institutions, Senegal is currently only fourth out of 39 countries examined.

The French Development Agency (AFD), USAID, MCC, the Spanish Agency for Development Cooperation and the Japanese Development Agency are just a few of the many bilateral donors. Since the establishment of diplomatic relations with the People’s Republic of China in 2005, there has been a strong presence of Chinese projects in addition to Japanese involvement.

In February 2014, the Senegalese government organized an international donors’ meeting on the “Plan Sénégal émergent” in Paris, which brought funding commitments of 7.5 billion dollars.

A wide variety of actors in the humanitarian aid are represented across the country.

There are also a large number of international, mainly European, NGOs that are active in Senegal.

Given the large number of these donors, it is not surprising that it is often difficult to coordinate and harmonize activities: Aid effectiveness remains an ambitious goal in Senegal.

Senegal and the Federal Republic of Germany are linked by decades of development cooperation.

Since 2011, Senegal has been a partner country for German development cooperation, which focuses on individual Subject areas. The German Society for International Cooperation (GIZ) is entrusted with the implementation of the cooperation measures. The bilateral financial cooperation is represented by the Kreditanstalt für Wiederaufbau (KfW).

After the previous programs with the priorities “Decentralization and Local Development” and “Sustainable Economic Development” were completed at the end of 2015, future cooperation will focus on the subject of “Renewable energies and energy efficiency” following the resolutions of the last government negotiations. In addition, further funds have been approved, for example for the promotion of craftsmanship, which should enable training paths against escape and for returnees. At the beginning of 2018, a migration advice center was opened in Dakar with the aim of creating future prospects for staying in Senegal.

Other actors in German cooperation are the political foundations Friedrich Ebert Foundation, Konrad Adenauer Foundation, Friedrich Naumann Foundation and, since 2010, the Rosa Luxemburg Foundation. The DAAD works in the field of university cooperation and cultural cooperation is carried out by the Goethe Institute.

The Senegalese armed forces, along with seven other African countries, benefit from the Bundeswehr’s equipment aid program. Senegal also supports the deployment of the Bundeswehr as part of the United Nations Mission in Mali (MINUSMA).

The World Peace Service supports the peace process in Casamance and is involved in environmental education and food security in the Matam region. The Solidarity World Action Group supports people in the Kaolack region through reforestation with fertilizer trees. There are also a large number of German associations that are often involved in Senegal through personal contacts.