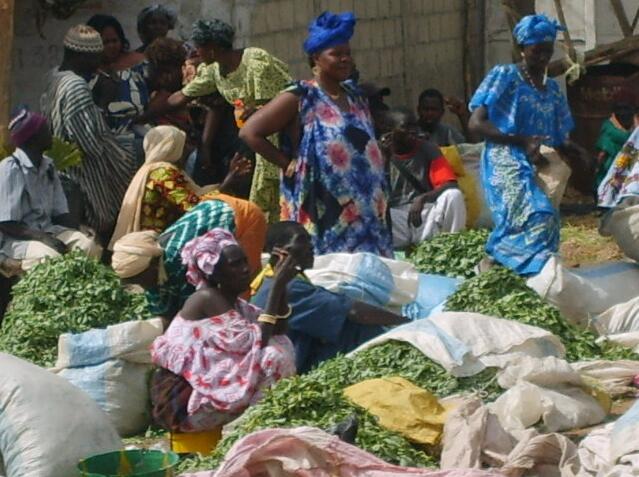 Although over 60% of the population works in agriculture, this sector only generates just under 17% of GDP, and the trend is falling. The mainly smallholder-oriented agriculture suffers from poor framework conditions: the soils are bad and depleted and the improper use of fertilizers and pesticides due to the lack of education of the rural population leads to further soil degradation. Since the 1970’s, the Sahel zone has been exposed to frequent droughts and irregular rainy seasons with little precipitation, a development that is influenced by climate change will get worse. Under these circumstances, the traditional cultivation areas for certain varieties are also shifting.

Agriculture in Senegal is not very diversified. Basically it is

still characterized by an extensive peanut monoculture in the center of the country, the so-called “peanut basin” (bassin arachidier), for which the foundation stone was laid in the colonial era.

The French had monocultures set up in the various colonial areas, which they needed for the development of the “mother country”. Of course, diversified development of the colonies was avoided or the original subsistence agriculture was destroyed.

Independent Senegal also failed to diversify agricultural production widely after independence. The problems began when the peanut prices fell on the world market, the soil was ruined by the extensive monoculture and Senegal had to import a large part of the other foods, especially rice from Southeast Asia and wheat from France.

After independence, the Office National de Coopération et d’Assistance pour le Développement (ONCAD) held the purchasing monopoly in the agricultural sector, but by the mid-1970’s it had expanded into a giant apparatus with oversized administrative costs. Mismanagement and miscalculation pervaded the entire state-controlled cultivation and purchase policy of the sector. In 2001 the IMF called for the privatization of SONACOS, the national marketing agency. It was taken over by a consortium and renamed “Suneor” (Wolof: “our gold”) on January 1, 2007. 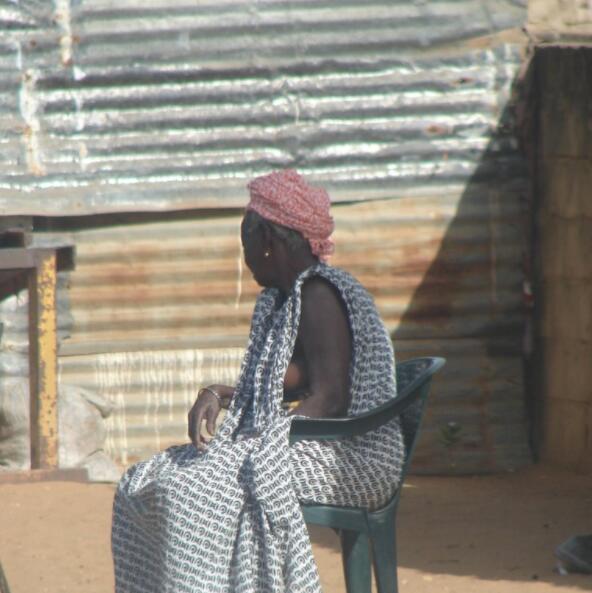 The old stay, the young leave the villages 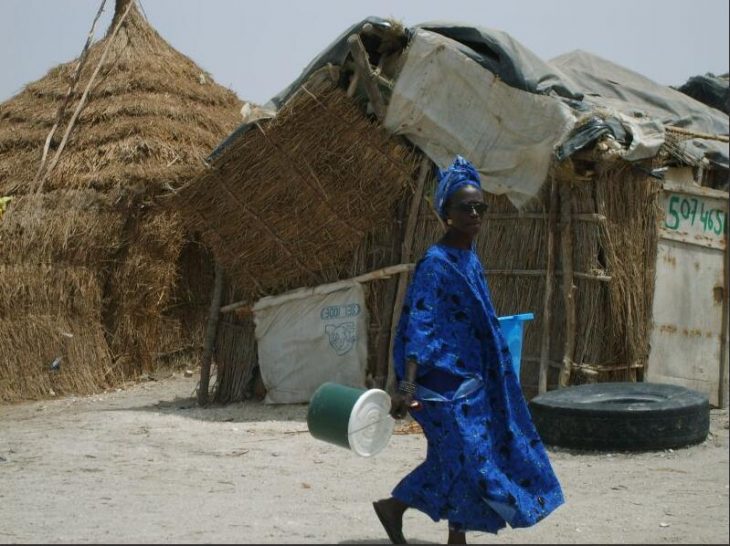 Simplest living conditions in the country 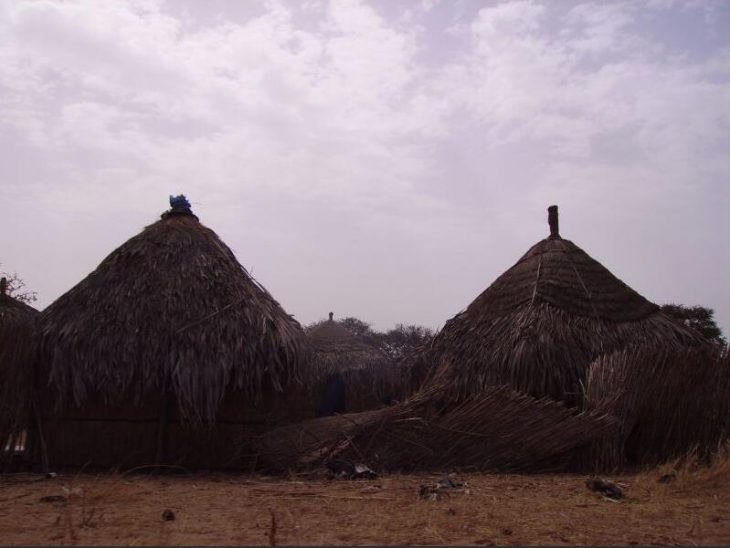 Straw hut in the village 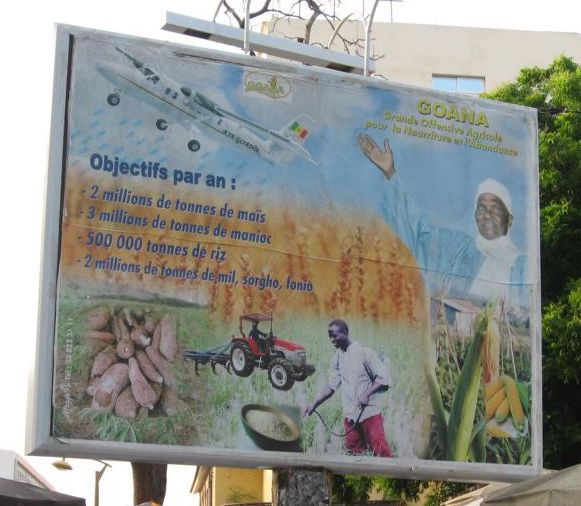 Campaign for the GOANA campaign 2008

It is undisputed that the smallholders are struggling to survive. More and more young people are leaving their villages and moving to the cities.

In addition to the institutional mismanagement, it is also the difficult natural conditions and the effects of climate change that make Senegalese agriculture so extremely vulnerable: be it drought, excessive rainfall with floods or grasshoppers.

The food situation in Senegal, one of 16 countries located in Western Africa according to mysteryaround, is serious in many rural areas and children and mothers in particular suffer from malnutrition. Attempts are only being made to give new impulses to the development of agriculture.

In recent years, Senegal has tried to turn back from the pure export economy. Nobody speaks today of the GOANA campaign initiated by President Wade in 2008 with great pomp and financial expenditure to increase agricultural productivity and achieve food self-sufficiency.

In order to maintain social peace, the Senegalese state is forced to subsidize the market for staple foods or to steer it through price controls, but the common people still suffer from the relatively high food prices. The new government has also made the rehabilitation of the agricultural sector a priority, and one of President Sall’s key campaign promises has been to reduce the price of staple foods. He, too, has set himself the goal of providing basic food from local production. One of the most important programs aimed to supply Senegal with local rice from the Senegal River area by 2018. This goal has only been partially achieved.

In addition to the traditional cash crops, peanuts and, to a lesser extent, cotton, the main food crops for personal consumption are millet (replaced by imported rice in the coastal areas, but still the traditional staple food in the interior), maize, sorghum, cassava and rice (in the river valley of Senegal as well as in Casamance).

After the great food crisis in 2008, slight progress was made, at least in the domestic rice industry. A large part of the rice consumed in Senegal is still imported, but import rates have decreased for the first time in recent years and domestic production has increased. Overall, however, the food security that has so often been propagated in recent years could not be achieved by a long way and a large part of the basic foodstuffs still has to be imported.

Sugar cane is also grown on the Senegal River; Richard Toll is home to the processing industry, which primarily produces for the domestic market. 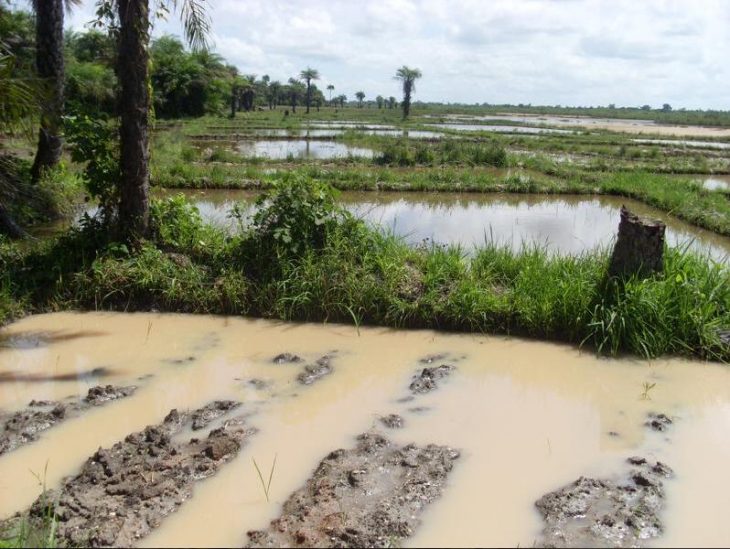 Rice cultivation in the Casamance 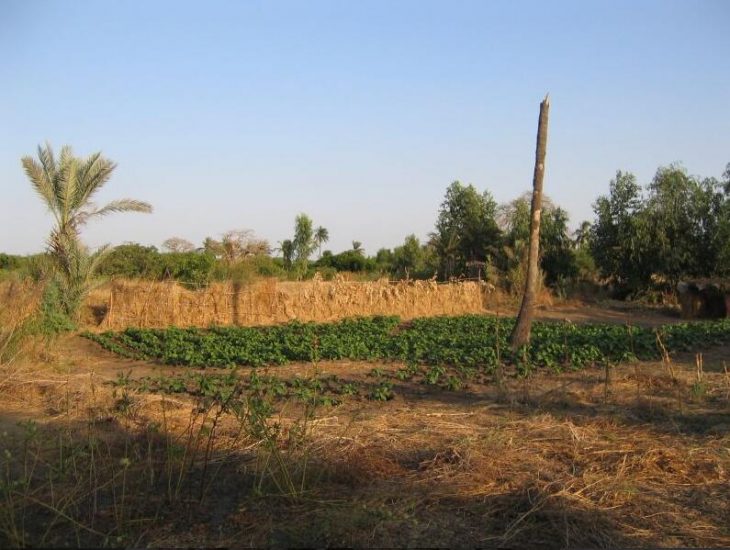 Field of a small farmer near Mboro 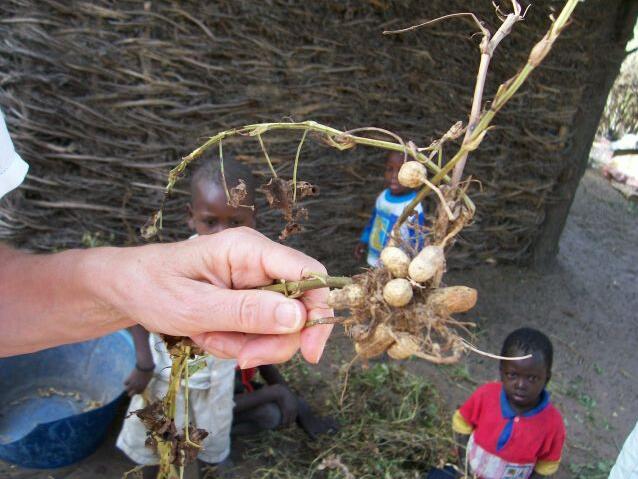 Most important agricultural product – the peanut 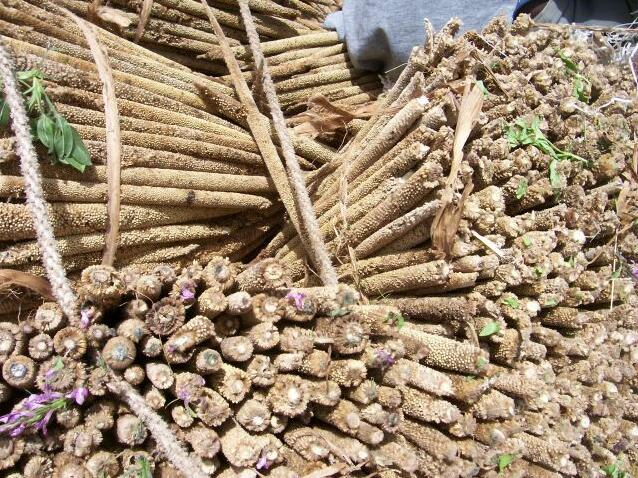 Urban agriculture is mainly practiced in the catchment areas of Dakar and Thies, especially in the Niayes, the fertile depressions behind the dune belt along the coast between Dakar and St. Louis.

Fruit growing is not very structured, the majority of the local fruit is not grown professionally, but collected by women and children and offered for sale on the markets. 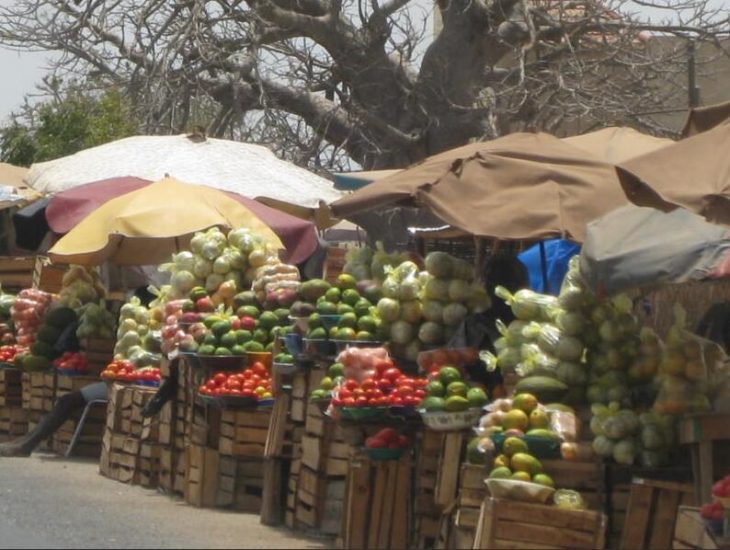 Fruit sales on the roadside

Women collect leaves and sell them to boil

The crisis-ridden agricultural sector is in a difficult process of restructuring. Its success would be necessary in order to make the country less susceptible to fluctuating world market prices and less dependent on imports and to halt the galloping rural exodus.

However, this is hardly possible with the agricultural and trade policies still prevailing today in the industrialized countries, which flood the African market with their highly subsidized products.

Agriculture is extremely dependent on precipitation with only 5% of irrigated areas. Great hopes were therefore placed in year-round irrigated agriculture on the banks of the Senegal River, which, however, could not be fully realized even after the completion of two large dams, in Diama at the mouth of Senegal and in Manantali in Mali. The water flow in Senegal can now be regulated all year round, but there is still a lack of funds for the irrigation canals of the agricultural areas.