According to the College Board, there are 5 test centers for SAT and SAT Subject Tests in Russia. Please note that before you register either of the SAT exams, you should choose your test date and test location. Each test location is affiliated with an educational institution, such as high school, community college, or university. The following test centers administer one or more of 2019 and 2020 SAT tests in Russia. 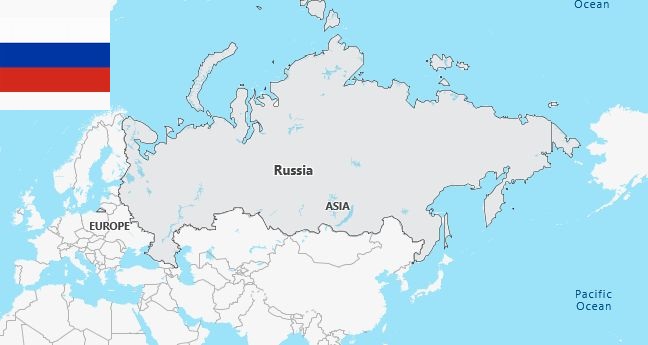 CAPA IN INTL U

Russia has 144.5 million residents (2018). The population is very unevenly distributed. About three quarters of the people live in the European part of Russia. Siberia, on the other hand, is in large parts almost deserted. 81% of the population are Russians, there are almost 200 other small peoples in Russia. The Russian language is written in Cyrillic letters. In the south, many people speak a Turkic language such as the Tatars and Chuvashes, in the east a Mongolian language such as the Buryats and in the Caucasus one of the many Caucasian languages ​​such as the Chechens. In order to be able to communicate, all peoples have mastered the Russian language.

A large part of the population belongs to the Russian Orthodox Church. Islam is widespread in the south. There are also small groups of Jews, Buddhists, Catholics and Protestants. Shamans still play a major role among some Siberian peoples such as the Yakuts, Tuwins, Khakass and Altai people. During the Soviet era, the importance of religions was greatly reduced. 15-25% of the population do not belong to any religious community.

1922–91 Russia was part of the Soviet Union. When the Soviet Union collapsed in 1991 and a new political system was introduced, people’s lives changed. The income inequalities increased sharply after 1990. The top 10% of the population earn 46% (2016) of total income. The gap between rich and poor is huge. Corruption is widespread and a few very wealthy people are very influential in Russia. At the same time, many families with children and retirees often find it difficult to make a living. There is a shortage of housing. Many people live in cramped, simple apartments. In the country, the houses sometimes have no running water. Young families are often forced to stay with their parents because they cannot afford their own housing.

The life expectancy of men (2018: 65.6 years, women 77.3 years; in Germany: 78.6 and 83.4 years) is extremely low in a European comparison. This is attributed to alcohol and nicotine abuse and a high suicide rate. Check handbagpicks to see Brief Information About Russia.

The Kiev Empire was the first state on the territory of present-day Russia. Around 1100 it split into partial principalities. In 1237-40 the Mongols subjugated the Russian principalities. The princes had to pay high tributes to the Mongols ruling here from 1240 to 1480. The rise of the Principality of Moscow began in the 14th century, and in the 16th century it expanded to include Siberia. Ivan the Terrible was the first tsar of Russia. He was crowned in 1547. After his reign of terror, the rulers replaced each other in quick succession (“Time of Troubles”). With the coronation of Tsar Michail Fjodorowitsch (* 1596, † 1645) from the House of Romanov in 1613, a turning point towards stable power relations occurred.

Peter the Great (Tsar 1682–1725) tried to modernize the country based on Western European models. He moved the capital from Moscow to the newly founded, stone-built Saint Petersburg. Since Catherine the Great (Tsarina 1762–96) Russia was a major European power. In the 19th century, the Russian awakening into modernity and liberalization brought about social change. After the Russian Revolution of 1917, Russia became a republic. A coup d’état in the same year (October Revolution) brought the Communists (Bolsheviks) under W. Lenin to power.

In 1922 the Union of Soviet Socialist Republics (USSR, Soviet Union) was founded. In the power struggles after Lenin’s death (1924) J. Stalin prevailed and established a terrorist dictatorship until his death in 1953. 1979-89 the Soviet Union waged war against Islamic in Afghanistan Rebels (Mujahideen): Economic problems and social unrest forced General Secretary M. Gorbachev to undertake fundamental reforms in the 1980s, which led to the collapse of the political system and the dissolution of the Soviet Union in 1991. The former Soviet republics became independent and closed in December 1991 under the leadership of Russia to form the Commonwealth of Independent States (CIS) together.

In the period that followed, there were tentative social and economic reforms and a cautious rapprochement with the western countries. In 1994 and 1999, Russian troops marched into the Caucasian republic of Chechnya, which wanted to break away from the Russian Federation. Domestically, the country pursued an authoritarian-centralist course under W. Putin (President 2000-08, since 2012). The incorporation of the Ukrainian peninsula of Crimea (2014) led to growing tensions in relation to the western states. Economic sanctions from the European Union, the USA and Canada followed.