According to the College Board, there are 3 test centers for SAT and SAT Subject Tests in Nicaragua. Please note that before you register either of the SAT exams, you should choose your test date and test location. Each testing location is affiliated with an educational institution, such as high school, community college, or university. The following test centers administer one or more of 2019 and 2020 SAT tests in Nicaragua. 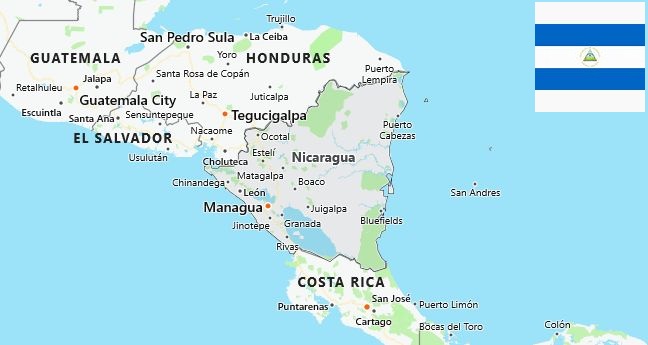 After an economic upswing had initially emerged as part of a moderate socialist economic model since 1979, Nicaragua fell into a severe economic crisis as a result of the civil war in the mid-1980s (hyperinflation 1988: 33,600%, foreign debt: 700% of the gross domestic product [GDP]). In particular, the discontinuation of economic aid by the USA (1980) and the US trade embargo imposed in 1985 (until 1979 around 80–90% of exports went to the USA) severely impaired economic development. After the end of the Sandinista era, the governments in office from 1990 to 2006 pursued a market-based transformation course and rigorously focused on the consolidation of public budgets and the promotion of export-oriented agriculture with the help of deregulation, liberalization and privatization. The state’s monopoly on foreign trade and most of the fixed prices were lifted, the banking sector opened, state-owned enterprises reprivatised, and the bloated state apparatus reduced. In collaboration with the IMF and the World Bank The structural adjustments carried out, which meant a reduction in social services for the bulk of the population, led to low but steady economic growth (1990–2003: 4.3%). After the recession as a result of the international financial crisis (2009: –2.8%), the economy recovered (2016: 4.7%). Even after several debt cancellations (foreign debt 2002: 6.5 billion US $), the external debt rose again to 5.1 billion US $ by 2017. In 2007 the government of Daniel Ortega led inter alia. launched a government program with Venezuelan financial aid (2009: US $ 443 million) that was supposed to quickly improve the situation of the population, especially in rural areas, but has so far not shown any significant success. With an average gross national income (GNI) of (2018) US- $ 2,020 per resident, Nicaragua is still one of the poorest countries in Central America. The official unemployment rate (2017) is 4.4%, but the majority of the working population works in the informal sector, which is not statistically recorded. Nicaragua is still an agricultural country with a weak industrial base. An important source of income are remittances from Nicaraguans living and working abroad (“remesas”), which amounted to US $ 1.26 billion in 2016.

Foreign trade: The foreign trade balance shows a constant deficit (import value 2016: 6.38 billion US $, export value: 3.77 billion US $). The exports consist mainly of coffee, meat products, sugar, gold and shellfish. Above all consumer goods, mineral oil products, machines and vehicles are imported. The most important trading partners for exports are the USA (42.4%), Venezuela, Costa Rica and El Salvador; in terms of imports, the USA (19.5%), Costa Rica and Mexico.

Agriculture generates 17.3% of GDP (2016) and employs 31.5% of the workforce. 42.2% of the land area is used for agriculture (27% permanent pastures, 12.5% ​​arable land, 2.5% permanent crops). Cotton, sugar cane and bananas are grown on the Pacific coast. There are coffee plantations in the central mountains. Rice, banana, sugar cane and cocoa plantations have only recently been planted on the Caribbean coast. The staple foods produced in the small businesses (especially maize, rice, millet, etc.) have to be supplemented by imports. The livestock industry, especially cattle breeding, is considerable.

Forestry: The forest area amounts to around 25.9% of the country’s area. Years of overexploitation, especially by foreign companies, have largely depleted the valuable wood stocks (mahogany, cedar, rosewood). In 2018, logging was 6.3 million m 3, 98% of which was firewood.

The industrial sector (including mining) contributes 26.8% to GDP (2016), the share of employees is around 17%. The industry is heavily concentrated in the Greater Managua and Chinandega – Corinto – León areas on the Pacific. The most important sub-areas are the processing of local agricultural products, as well as the manufacture of textiles, leather, metal goods, chemical and pharmaceutical products. Through the establishment of free zones (since 1990) the manufacturing industry has experienced a certain revival with the establishment of contract processing industries.

The country’s touristic potential is only rarely used, mainly because of the inadequate infrastructure. In 2016, 1.5 million foreign visitors came, mainly from the USA, Honduras, Costa Rica and El Salvador. Tourist destinations include the beaches on the Pacific and the historic colonial cities.