According to the College Board, there are 1 test centers for SAT and SAT Subject Tests in Montenegro. Please note that before you register either of the SAT exams, you should choose your test date and test location. Each testing location is affiliated with an educational institution, such as high school, community college, or university. The following test centers administer one or more of 2019 and 2020 SAT tests in Montenegro. 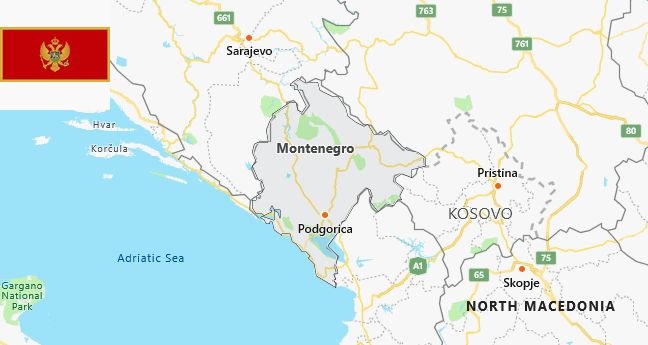 Tensions with Serbia arose again in May 2001 through an extradition law for Yugoslav war criminals to the International War Crimes Tribunal in The Hague. With the mediation of the EU, the two Prime Ministers of Serbia and Montenegro and the President of Yugoslavia signed a framework agreement (“Belgrade Agreement”) on the restructuring of intra-Yugoslav relations on March 14, 2002, which will lead to the new Federation “Serbia and Montenegro” after constitutional reform should. Because Djukanović in order to waive the long-announced independence referendum, the Liberal Bund (LS) withdrew its support. The ruling DPS nevertheless enforced the Belgrade Agreement on April 9, 2002 in the Montenegrin parliament. In doing so, it made the independence referendum originally planned for May obsolete and thus provoked the overthrow of the minority government by the supporters of independence. After the victory in the parliamentary elections of October 20, 2002 – forced by the overthrow of the government – in which his DPS won an absolute majority in the electoral alliance “List for a European Montenegro”, President Djukanović changed in November 2002 in the office of Prime Minister; on November 25, 2002 he officially resigned as President. The election of the predecessor in the office of Prime Minister (until November 2002), the temporary President of Parliament F. Vujanović, as the new President was only possible in the third ballot on May 11, 2003, but by then he had already served as President. In January / February 2003 the parliament approved the new coalition government of the DPS, the Social Democratic Party (SDP) and non-party ministers.

Although the respective governments of Serbia and Montenegro agreed in August 2002 on the draft of a new constitution for the future common union of states, the negotiations were initially broken off at the beginning of November 2002 without result due to the question of the election of the new parliament, but finally ended after a compromise ( negotiated proportional representation for the filling of the mandates without elections), so that after the adoption of the constitutional charter by the parliament of Montenegro (January 29th) the proclamation of the new union of states on February 4th, 2003 became possible. Check health-beauty-guides to see Montenegro a Surprise On the Adriatic.

In the new alliance with Serbia, Montenegro secured the right by means of a constitutional charter to achieve full independence after conducting relevant referendums, which could take place after three years at the earliest. With EU mediation, the government and the pro-Serb opposition finally agreed in March 2006 on the modalities of an independence referendum; The prerequisites for secession were a voter turnout of over 50% and approval of at least 55% of those eligible to vote. In the referendum held on May 21, 2006, the supporters of an independent Montenegrin state, i. H. dissolution of the confederation of states with Serbia, by just under (55.5% of the vote). On June 3rd In 2006 the Montenegrin parliament declared the country’s independence. In the same month, Montenegro was recognized under international law by numerous states, including Serbia. On June 28, 2006, Montenegro was admitted to the UN.

In the first parliamentary elections after Montenegro’s declaration of independence in September 2006, the government alliance led by the DPS was confirmed. Despite the election victory, Djukanović no longer ran as head of government; His successor was the previous Minister of Justice Željko Šturanović (* 1960, † 2014). In October 2007 the parliament passed a new constitution. In the same year, the EU concluded a Stabilization and Association Agreement with Montenegro. After Šturanović’s resignation due to illness, Djukanović, whom the opposition accused of corruption, took over as prime minister again in February 2008. In the presidential election on April 6, 2008, Vujanović was confirmed in office. Together with Macedonia, Montenegro recognized Kosovo on October 9, 2008. Serbia reacted by expelling the ambassador of Montenegro to the act, which was perceived as hostile. Supported by the Serbian Orthodox Church in Montenegro, around 10,000 pro-Serb demonstrators called on the government on October 13, 2008 in Podgorica to withdraw their recognition. After violent riots, the government imposed a ban on demonstrations.

Against the backdrop of the global financial and economic crisis, the country’s economy slipped into stagnation. In early parliamentary elections on March 29, 2009, the DPS alliance around Prime Minister Djukanović achieved a clear victory and secured 48 of the 81 parliamentary seats. In December 2009, Montenegro was officially declared a candidate for NATO membership, and in December 2010 it was also declared a candidate for EU membership. A few days later, Djukanović surprisingly resigned. The previous Minister of Finance I. Lukšić (DPS) became the new head of government. Djukanović justified his withdrawal with official fatigue, but he did not give up the chairmanship of the DPS. In October 2011, the EU Enlargement Commission recommended starting concrete accession negotiations. The Commission certified the country’s political progress and economic stabilization compared to the previous year. At the same time, however, she called for further commitment, especially in the fight against corruption and organized crime. On June 29, 2012, negotiations on EU accession began.

The “Coalition for a European Montenegro” led by the DPS won 46.3% of the vote and 39 seats in the elections on October 14, 2012. On December 4, 2012 Djukanović took over the office of head of government again. In the presidential elections on April 7, 2013, incumbent Vujanović prevailed with around 51.2% of the votes against opposition candidate Miodrag Lekić (* 1947), who received around 48.8% of the votes.