According to the College Board, there are 6 test centers for SAT and SAT Subject Tests in Malaysia. Please note that before you register either of the SAT exams, you should choose your test date and test location. Each testing location is affiliated with an educational institution, such as high school, community college, or university. The following test centers administer one or more of 2019 and 2020 SAT tests in Malaysia. 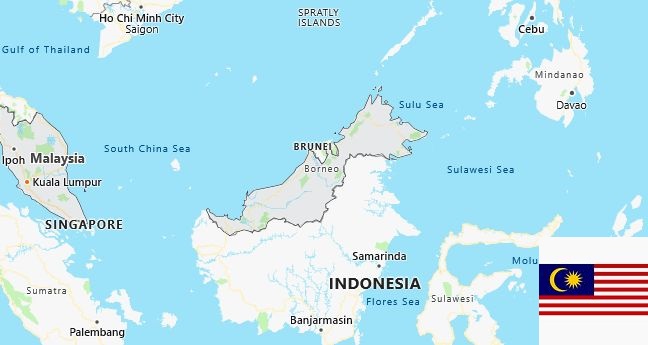 More than 60% of the total area of ​​Malaysia is occupied by evergreen tropical rainforest with its characteristic elevation. Almost half of this forest is in Sarawak. The lowland and submontane forests have valuable timber and precious wood stocks, but many of them are already overexploited. Coastal and swamp forests, partly with mangroves, predominate in the peripheral plains. Slash-and-burn agriculture by the inland peoples is problematic, especially in Sarawak. Degraded soils are caused by alang alang grass and others. Overgrown weeds. National parks have been set up to preserve the flora and fauna, including: at the Tahan and at the Kinabalu. Check cellphoneexplorer to see Southeast Asia Travel Guide.

Malaysia has a high degree of ethnic diversity. Around 56.7% are Malay, 23.4% Chinese and 7.0% Indian. In contrast to the Dayak et al. indigenous peoples (11.9% in total; including Murut, Penan, Semang; Southeast Asian peoples and cultures), who mostly live in the interior of the Malay Peninsula and Borneo, the Malays only immigrated from Indonesia in the last few centuries and settled in the coastal plains, where they traditionally live from rice cultivation and fishing. Since independence, they have been claiming political leadership as “Bumiputera” (sons of the earth). They were systematically promoted by the government and given preference in the public sector. In the cities, however, the Chinese (“Babas” or “Peranakan”) dominate. Although these have lived here for several centuries (especially in the ports), the overwhelming majority were only recruited as workers for tin ore mining (under Chinese direction) in the then largely undeveloped interior of the Malay Peninsula since the beginning of the 19th century. The government’s Malay policy created tensions between the Malays and the Chinese who dominated the economy. Indians and Pakistanis, especially Tamils, have been brought in to work on the rubber plantations since around 1880, but today, like the Chinese, they work in the tertiary sector. In addition to around 100,000 (partly illegal) migrant workers, there were also 102,800 refugees (mainly from Myanmar) in Malaysia in 2017.

The population density is (2017) 96 residents / km 2. 78% of the total population live in West Malaysia on around 40% of the national territory. The west coast of the Malay Peninsula is particularly densely populated. The rural settlement pattern is traditionally shaped by the Malay Kampung. In the course of industrialization since the early 1980s, there was a rapid expansion of urban settlements. The proportion of the urban population rose from 25% in 1960 to 76% in 2017. In 1999, the Kuala Lumpur government moved to the planned city of Putrajaya.

The largest metropolitan areas in Malaysia

The dominant religion is Islam, which the constitution (Article 3) declares to be the “religion of the Federation” (not the state religion). The constitution expressly presupposes a relationship of all religions in “peace and harmony” (Article 3) and on this basis guarantees the right to exercise one’s religion freely (Article 11). Over 61% of the population are Muslims (almost exclusively Malays), almost 20% Buddhists, a good 9% Christians, more than 6% Hindus and together over 1% Confucians and followers of other Chinese belief systems. Almost all Muslims are Sunnis from the Shafiite school of law. The Sinomalaysians are mostly Buddhists, as well as Confucians, Christians and followers of the syncretistic “Chinese religion”. Among the Malaysians from Sri Lanka and India there are Hindus, Muslims, Sikhs, Christians and Buddhists. The Christian minority (especially in Sarawak and Sabah) includes members of all population groups. Protestants (Methodists, Baptists, Presbyterians, Adventists, Brethren, Lutherans, etc.) and Anglicans make up a slight majority. The three Anglican dioceses (episcopal seats in Kota Kinabalu, Kuala Lumpur, Kuching) are ecclesiastically subordinate to the Archbishop of Canterbury. For the Catholic Christians there are three archdioceses (residences also in Kota Kinabalu, Kuala Lumpur, Kuching) with six suffragan dioceses.