According to the College Board, there are 11 test centers for SAT and SAT Subject Tests in Italy. Please note that before you register either of the SAT exams, you should choose your test date and test location. Each testing location is affiliated with an educational institution, such as high school, community college, or university. The following test centers administer one or more of 2019 and 2020 SAT tests in Italy. 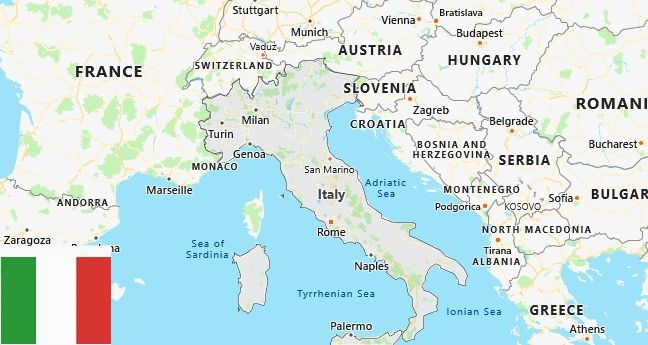 In 2003, far-reaching reforms of the education system were initiated. the institutional structures are to be streamlined and standardized. School attendance is compulsory between the ages of six and 16; the subsequent compulsory education can either be fulfilled by attending a higher general or vocational school or by completing a vocational training course. Characteristic of the school system is the extensive autonomy of the schools and the absence of state special schools. Instead, pupils with special needs are integrated into mainstream schools. In addition to the free public schools, which are attended by around 95% of students, there are private schools that are equivalent to state schools or are officially recognized. partly church sponsorship. School education is organized in two stages. The three-year preschool free of charge is voluntary. The compulsory school years are divided into a first, eight-year school section with five years of elementary school (Scuola elementare) and three years of middle school (Scuola media inferiore). For the second level of school education, you can choose from a large number of schools (Scuola secondaria superiore) that offer courses lasting 2 to 5 years. In addition to grammar schools (Liceo classico), there are technical schools (Istituto) with a technical-vocational and artistic-musical orientation. Only training courses lasting 5 years lead to the unrestricted higher education entrance qualification (Maturità). You conclude with a state exam.

In the tertiary sector, there are training courses at non-university and university level. Non-university institutions include, among others. the universities of the arts and the universities of design. There are over 80 university institutions, three quarters of which are state-run. In the course of the European harmonization of the higher education systems, a two-stage course, comparable degrees and credit points were introduced into the examination system. – The Italian universities are among the oldest in Europe. The University of Bologna was founded in 1088; by the 16th century there were another 20 universities founded (including Padua, Naples, Rome and Florence). The universities of Milan and Venice are foundations of the 20th century. – Public spending on education (2013) 4, 0% of gross domestic product (GDP). The adult literacy rate (15 year olds and older) is 99%. Check weddinginfashion to see Italy Tour Plan.

Characteristic of the Italian media landscape is the extraordinarily high concentration on a few large companies as well as the interdependencies with companies, banks and interest groups. – press: The national press mainly serves those interested in politics and economics. There are no tabloids. Instead, the daily sports newspapers »La Gazzetta dello Sport«, »Corriere dello Sport« and »Tuttosport« as well as magazines and weekly magazines are read. The Italian newspaper market shows a strong north-south divide; the main daily newspapers appear in Rome, Milan and Turin. It is mainly distributed through kiosk sales, only a small part of the circulation is sold by subscription. The national daily newspaper with the highest circulation is the “Corriere della Sera” (founded 1876; RCS Media Group), other daily newspapers are “La Repubblica” (founded 1976), “La Stampa” (founded 1886), “Il Messaggero” (founded 1878) and “Il Giornale” (founded 1974) and the business newspaper “Il Sole – 24 Ore” (founded 1865). Free newspapers also achieve high print runs, including “Metro” and “E Polis”. The news magazines »Panorama« and »L’Espresso«, the illustrated magazines »Gente« and »Oggi« as well as the Catholic weekly magazine »Famiglia Cristiana« are popular. – News agencies: The main news agencies in Italy are the cooperative agencies ANSA and AGI (Agenzia Giornalistica Italia, founded in 1950). – Broadcasting: The public service broadcaster Radiotelevisione Italiana (RAI, founded in 1924) distributes three radio and 14 television programs nationwide. The most important commercial TV channels are those belonging to the conglomerate Fininvest S. p. A. (Berlusconi family) channels “Canale 5”, “Rete 4” and “Italia 1”, combined in the Mediaset holding company. Mediaset and RAI share four fifths of the Italian television market. Telecom Italia Media operates the “La7” channel. The pay-TV sector is dominated by “Sky Italia”, News Corporation).