According to the College Board, there are 4 test centers for SAT and SAT Subject Tests in the country of Georgia. Please note that before you register either of the SAT exams, you should choose your test date and test location. Each testing location is affiliated with an educational institution, such as high school, community college, or university. The following test centers administer one or more of 2019 and 2020 SAT tests in Georgia. 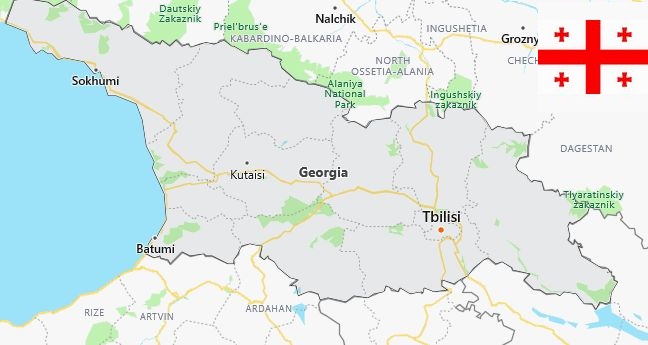 INTL SCH OF ECONOMICS OF TBILISI

In the 1980s, Georgia was one of the Soviet republics with the highest standard of living, not least because of a flourishing underground economy. The years of political independence after 1991 were marked by the collapse of state institutions, a severe economic crisis, a sharp decline in economic performance and a serious deterioration in the social situation. The introduction of the lari as a new currency (1995) contributed to lowering the high inflation rate (1994: 19,000%, 1995: 250%); In 2014 it was 3.1%. Although there has been gradual consolidation since the mid-1990s, gross domestic product (GDP) in 2002 was only around 40% of its 1990 level. The biggest slump was in industrial production. The decline of the economy was not only caused by the difficult transition from the Soviet-influenced planned economy to a market economy (transformation crisis), but above all by the armed conflicts with Abkhazia, the military conflicts over South Ossetia, the Georgian-Russian tensions (repeated interruptions in gas supplies) and the internal Georgian power struggles and conflicts. The widespread corruption and clientele economy as well as the inadequate development of market economy institutions delayed economic and political stabilization. Spending on refugee welfare and defense prevented government investment, the military conflicts and the difficult domestic political situation delayed structural reforms and restricted the flow of foreign direct investment. The energy shortage had a devastating effect on the economy. With the Rose Revolution of 2003, Georgia took a radical turn towards a market-oriented reform course. After high growth rates in 2003–07 (an average of 9% annually), the Georgian-Russian war saw a sustained setback in August 2008 (2009: –3.8%). However, thanks to international aid, it was possible to reverse this negative development. GDP grew by 6.4% in 2010 and 4.8% in 2014. The gross national income (GNI) per resident was (2017) US $ 3,790. According to official information, the unemployment rate is 15 (2014), 0%, but hidden unemployment is estimated to be much higher. The informal sector is very strong, it is estimated to be half of GDP. The entities of Abkhazia and South Ossetia have practically no longer been part of the Georgian economic area since 2008. Check sunglasseswill to see Quick Facts About Georgia.

Because of the civil war and the temporary break in relations with traditional sales markets in the former Soviet republics, agricultural production has fallen sharply since the 1990s. The share of agriculture in GDP is 9.2% (2014). Around half of the workforce is employed in this sector; almost 90% are independent smallholders. A law on land ownership passed in 1996 after the dissolution of the kolkhozes put land privatization on a legal basis; Agricultural production today is largely done by private companies. In terms of technical equipment, agriculture is little developed; the share of subsistence farming is high. The agricultural area has continuously declined in recent years; it still covers around 37% of the territory. Livestock farming is also falling steadily. Georgia can now cover less than a fifth of its own food needs.

A very mild climate allows the cultivation of subtropical fruits (including tea, citrus fruits). Important crops are grapes, fruit, vegetables, tobacco, maize and wheat (grain crops on around two thirds of the arable land), cotton and sunflowers as well as plants containing essential oils. Viticulture looks back on a very long history in Georgia; well-known wine-growing region is z. B. Kakheti. Sheep farming is predominant in the mountainous parts of the country and cattle farming in the western parts of the country.

Georgia has numerous natural resources. The potential of energy resources is limited; So far, only a small amount of hard coal (in the Tkwartscheli, Tkibuli and Akhaltsikhe areas), oil (near Mirsaani) and natural gas has been extracted. The delivery rates are not sufficient to cover the energy demand. The manganese ore deposits near Chiatura and Satschere are of much greater economic importance. In addition, copper, zinc and iron ore and barite are mined, as well as semi-precious stones, gold, marble and mercury.