According to the College Board, there are 4 test centers for SAT and SAT Subject Tests in Costa Rica. Please note that before you register either of the SAT exams, you should choose your test date and test location. Each testing location is affiliated with an educational institution, such as high school, community college, or university. The following test centers administer one or more of 2019 and 2020 SAT tests in Costa Rica. 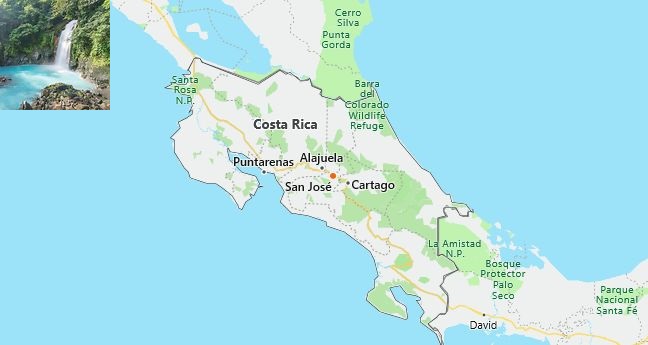 1990-94 the conservative PUSC ruled under President Rafael A. Calderón Fournier (* 1949), in 1994 the PLN again took over the government, the office of president was José M. Figueres (* 1954; 1994-98), son of Figueres Serrer, inside. His term of office was accompanied by difficulties in the structural modernization of the state apparatus and economy. The 1998 elections were won by the PUSC, and the head of state and government was Miguel A. Rodríguez Echeverría (* 1940; 1998-2002, PUSC). The destruction caused by Hurricane Mitch in October 1998 brought the country significant setbacks in terms of economy and infrastructure. Since then, the government has tried to reduce the growing national debt and the high budget deficit through radical austerity and privatization policies.

Abel Pacheco (* 1933) from the ruling PUSC emerged victorious from the 2002 presidential elections. The newly formed PAC, which garnered 26% of the vote, shook the traditional two-party system.  Investigations into illegal campaign funding and corruption were launched in 2003 and 2004 against leading PLN and PUSC politicians – including Pacheco and the three ex-presidents Rodríguez Echeverría, Calderón and Figueres. Rodríguez Echeverría In the wake of the corruption scandal, he had to resign from his position as OAS General Secretary, which he assumed on September 23, 2004, after only 17 days in office, after an international arrest warrant was issued against him in Costa Rica. Rodríguez Echeverría and Calderón were arrested on charges made against them. Check fashionissupreme to see Costa Rica As a Tourist Country.

On May 28, 2004, Costa Rica signed the Central American Free Trade Agreement (CAFTA) negotiated in 2003 between the Central American states and the USA. It was confirmed in a referendum in October 2007. The social democrat Oscar Arias Sánchez (PLN), who was president from 1986 to 1990, won the elections in February 2006 by a narrow margin (took office: 8 May 2006). He campaigned for the country to open up economically. The transformation of the “welfare state” Costa Rica into a competitive economy and the associated dissolution of the state monopoly in the area of ​​power supply, telecommunications, alcohol and insurance remained controversial. After the introduction of the »Plan Escudo« to stabilize and stimulate the economy in January 2009, recorded an increase in the number of jobs in the public sector and improved solvency of debtors in the private sector.

In the presidential elections on February 7, 2010, Laura Chinchilla Miranda (PLN) was the first woman in the history of the country to win. In 2012, an association agreement with the EU was signed with other Central American countries. Luis Solís Rivera, candidate for the Partido Acción Ciudadana (PAC), won the runoff election for president on April 6, 2014 with around 78% of the vote.

Solís Rivera was sworn in as the new President on 8 May 2014. He advocated a reform program to modernize the country, the implementation of which was severely restricted, mainly by inadequate administrative structures and an increase in national debt. In the field of social policy, there was a reform of labor law supported by the trade unions and a restructuring of social security. Major domestic and economic problems arose from large budget deficits and a high crime rate. In 2017, a corruption scandal involving the cement company “Sinocem” led to the government and judicial authorities suffering a loss of reputation. One from the OAS Inter-American Court of Human RightsJudgment passed in January 2018, ahead of the presidential and parliamentary elections in Costa Rica, placed the country under an obligation to guarantee equal treatment for same-sex partnerships. The verdict spurred the election campaign of the previously insignificant evangelical Partido Restauración Nacional (PRN) and its presidential candidate Fabricio Gerardo Alvarado Muñoz (* 1974), based on a traditional family image. The PRN became the second strongest force in the parliamentary elections on February 4, 2018, winning 14 seats (2014: 1 seat). The strongest party remained with the PLN winning 17 seats. Fabricio Gerardo Alvarado Muñoz surprisingly won the first round of the presidential elections with around 25% of the vote. In the runoff election on April 1, 2018, however, he was defeated by Carlos Alvarado Quesada (* 1980), the candidate of the ruling PAC party, who prevailed with around 60.7% of the vote.