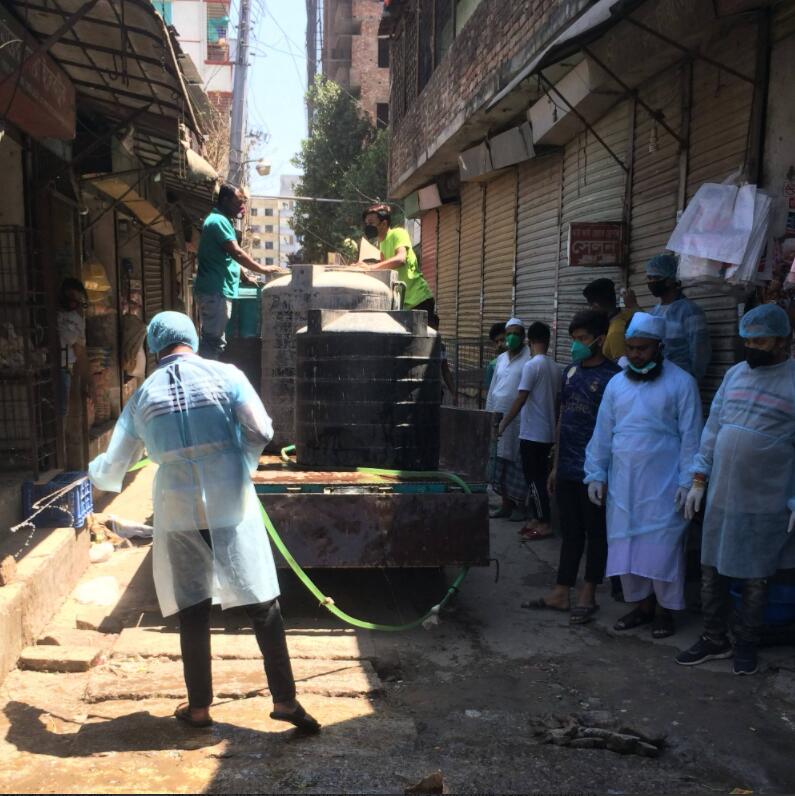 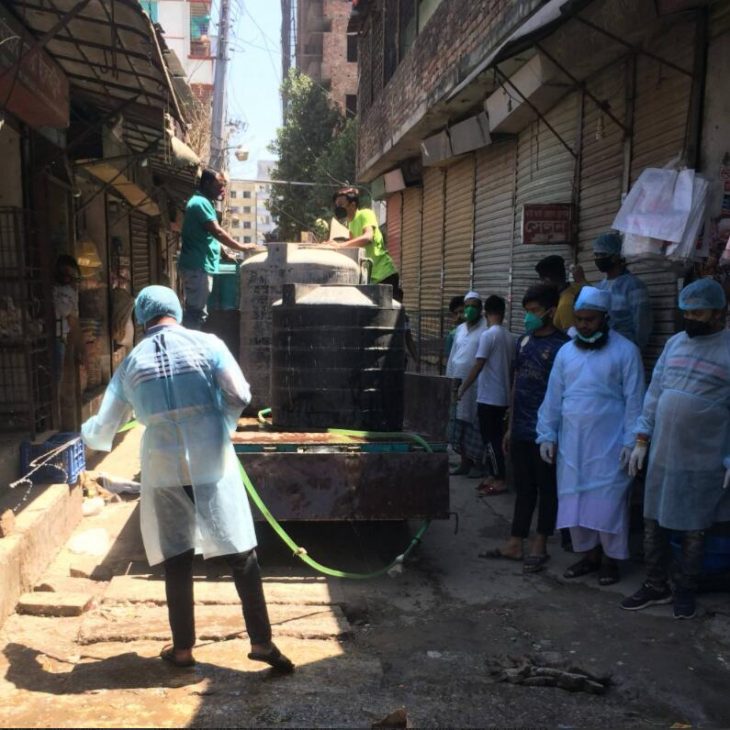 As a measure against SARS-CoV-2, bleach is diluted in some areas and sprayed with water – here in Dhaka

SARS-CoV-2 in Bangladesh and how to deal with it

On March 9, 2020, according to Bangladeshi newspapers, the first three cases to have SARS-CoV-2 infections confirmed in Bangladesh officially. Before that, the spread and further developments around the SARS-CoV-2, for example in China and Europe, were the focus of the Bangladeshi media. One of the reasons for this is that Bangladeshi citizens abroad are either affected by the containment measures on site or by the virus itself, for example in China and Singapore, but also that the media derive implications for the domestic market from the foreign experiences. The daily newspapers, for example, help to educate people about precautionary measures and inform about official contact options in case of suspected infection. At the same time, the government is often accused of inadequate preparation for the viral disease domestically, although the experience of other countries has urged them to take early action and prepare. That includes the precautions and controls of the Bangladeshis returning from abroad had been too careless. The returnees did not follow quarantine regulations, which in turn was not checked by the authorities, just as violations of quarantine regulations were not sanctioned. Further allegations are that sufficient medical equipment was not obtained in good time, that medical staff had poor knowledge of SARS-CoV-2 and that a test for the virus was only possible in the capital Dhaka for too long. In early April 2020 diagnostic facilities took place at Rajshahi Medical College and Cox’s Bazar Medical College ceased operations and have since been testing residents of their respective regions for SARS-CoV-2 infection. The number of facilities that can test people for infection with this corona virus is nine in the capital area and seven in the rest of the country. 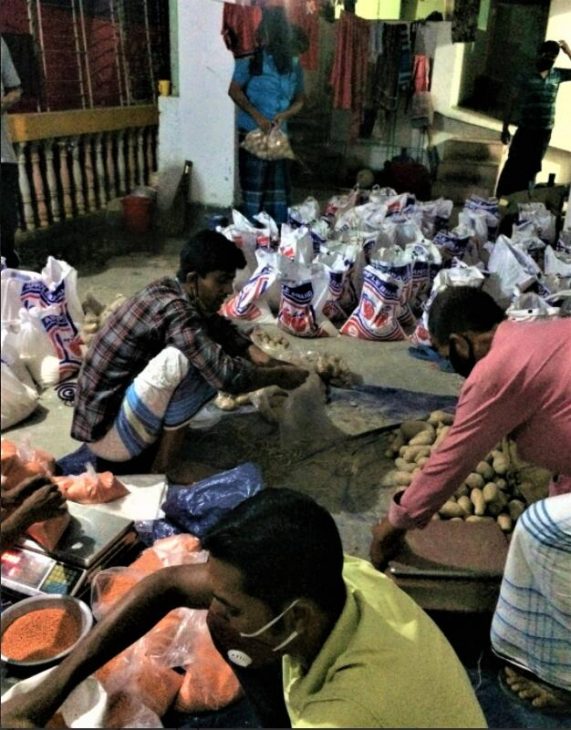 Some of the people who have become unemployed 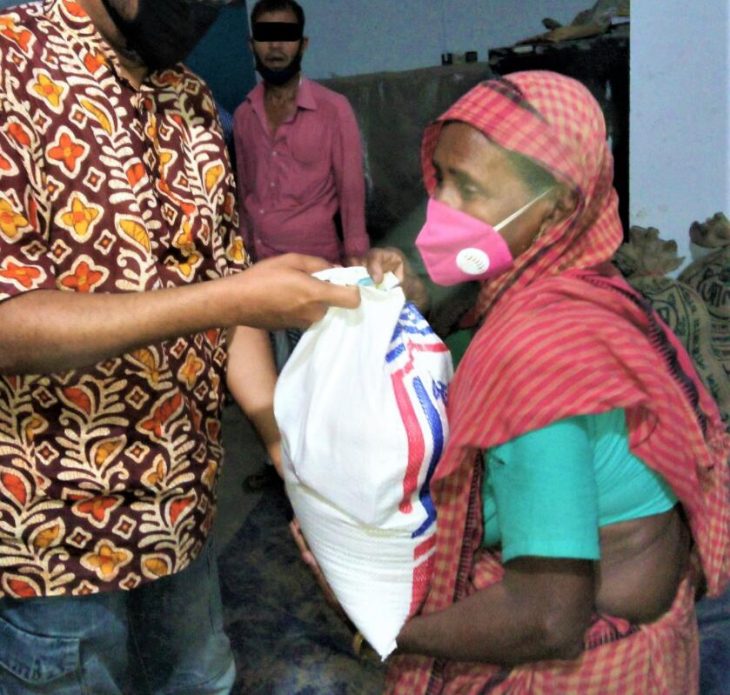 The officially first people with a proven SARS-CoV-2 infection were between 20 and 35 years old. Meanwhile, the official count of the Bangladeshi Institute of Epidemiology, Disease Control and Research (abbr.: IEDCR) is 803 infected and 39 deceased (as of April 13, 2020). On March 23, when the third death and six other confirmed infections were reported, the government issued sweeping restrictions the freedom of movement of the population. For the time being, major events of any kind were prohibited. The transport, shopping, administrative services and other things were largely reduced to the bare essentials. All educational institutions were to be closed and movement of people outside of their own homes should, if unavoidable, only take place with the use of respiratory masks. This period was extended from April 10th to April 25th. 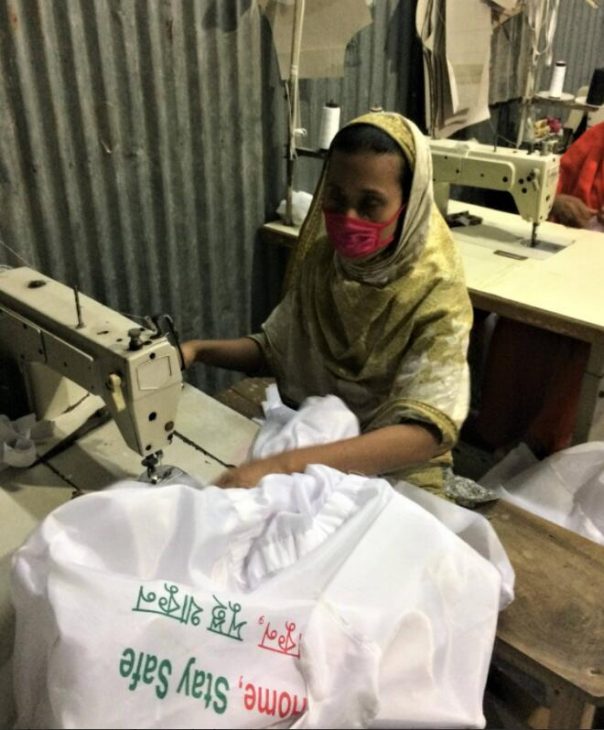 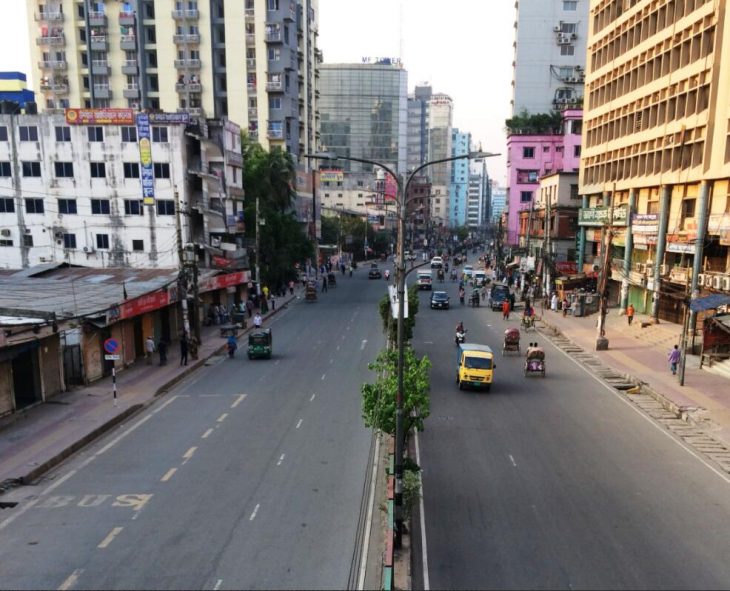 Bangladesh is a country located in southern Asia according to securitypology. A large part of the Bangladeshi population is affected by the contact and work restrictions. As a result, many face financial risks that threaten their very existence. Since under normal circumstances around 35% of the population earn an income of the equivalent of US $ 5.50 (purchasing power parity) or less per day and the average annual salary is generally around US $ 4,560 per capita and per year (purchasing power parity), the interruptions in employment, especially in the low-wage sectors of the industrial and economic sectors in the metropolitan areas, go hand in hand with a deterioration in the supply situation of low-wage earners and their families. It was also announced on March 23, 2020, that many large orders, for example in the textile industry, were withdrawn by German clients, among others. According to the Bangladesh Garment Manufacturers and Exporters Association (abbr.:BGMEA) lost $ 3.15 billion as of April 12, 2020. The BGMEA responded with a call to the German government and asked them to prevent further failures. If the textile industry records even more losses, the chairwoman of the BGMEA said in a video, the loss of the income base of 4.1 million textile workers, who are also among the low-wage earners in Bangladesh, is to be feared. Some textile factories closed as a result of government regulations to contain the corona virus. It was also announced that some textile workers had not been paid wages since January 2020. Those affected protested against these abuses since April 11th. Elsewhere, the textile factories were not closed. There the production could partially be converted to the manufacture of respiratory masks and protective suits. 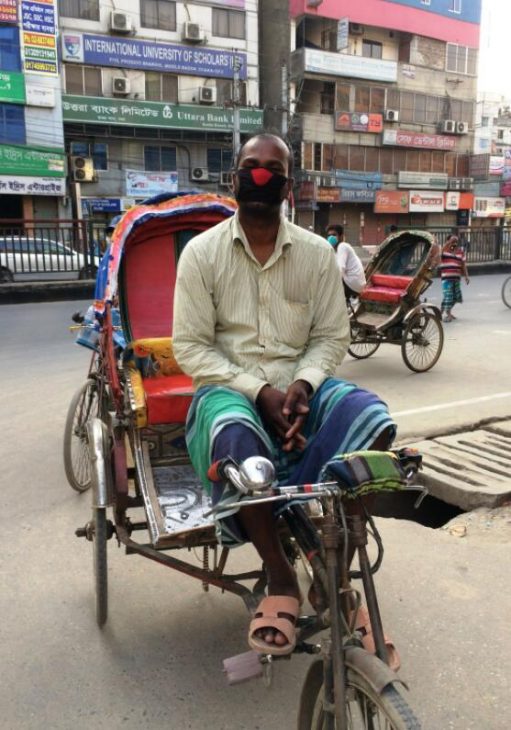 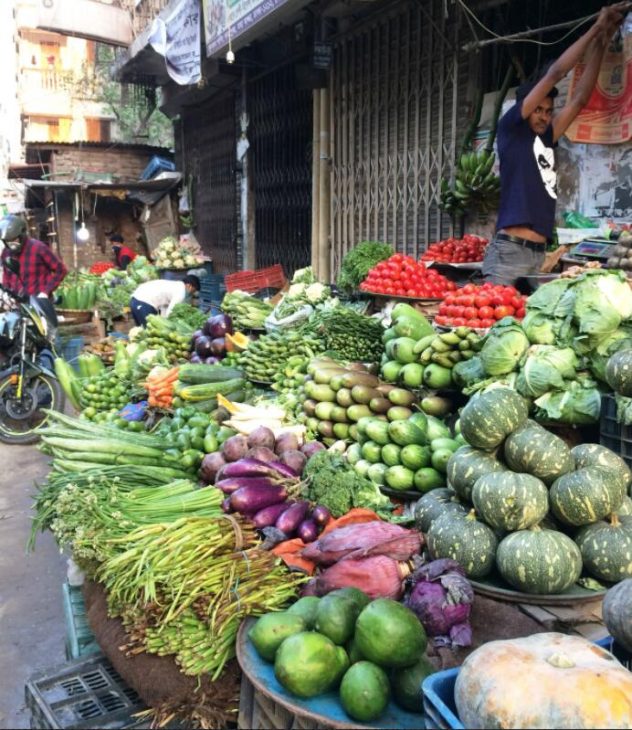 For a short time, sales of products from smallholders in the metropolitan areas also fell.

Local initiatives have been formed in the Dhaka districts of Badda and Mirpur, in the Brahmanbaria district in the east and in other parts of the country. There, people with higher incomes are trying to maintain the basic needs of the lower-income families in the respective neighborhoods by distributing food. The government has also initiated the first state relief programs. These include programs to provide financial support for those working in agriculture or for people living in extreme poverty.