This page lists all Rhode Island pharmacy colleges that are accredited by the ACPE – Accreditation Council for Pharmacy Education. Included are complete contact information and website addresses of all Pharmacy schools, colleges, and universities within the state of Rhode Island. 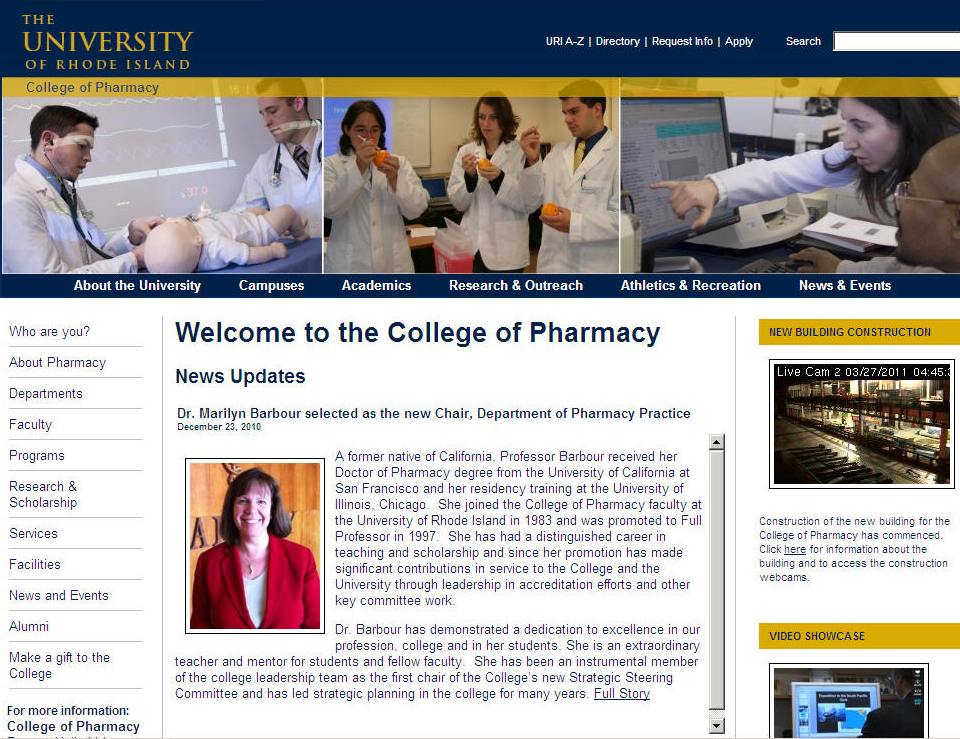 The Rhode Island Colony was founded in 1636 by Roger Williams after he was expelled from the Massachusetts Bay Colony because of his religious views. He settled on a headland that bordered Narragansett Bay near the Moshasack River, naming the place Providence and declaring religious freedom for the Baptist settlers there.

On May 18, 1652, Rhode Island passed the first law in North America to outlaw slavery.

King Charles II of England granted John Clark a Royal Charter for Rhode Island. The only one of the 13 colonies, Rhode Island received complete freedom of religion. The right to vote was given only to landowners, which was quite democratic for the time, since most of the settlers were farmers. With the beginning of the industrial revolution, a large class of workers formed in the colony, who did not have the right to vote. By 1829, 60% of free white men were in this category. In 1841, Rhode Island was the only US state where not all free men had the right to vote. The state assembly refused to pass the necessary amendments, which caused armed riots in the state. The riots were put down, but the assembly was forced to pass a new state constitution that gave all men the right to vote,