The renewed candidacy of the duo Evo Morales / Álvaro García Linera for the office of President and Vice-President was a scandal for many viewers. Since their currently ending third term in office is an open breach of the constitution – the new Bolivian constitution passed under the MAS in 2009 allows a maximum of two consecutive terms of office – the Morales government held a referendum on a constitutional amendment in February 2016. The aim was to make a fourth term possible. Although the referendum was lost, Evo Morales and Álvaro García Linera decided to run again. This made it clear that an independent judiciary no longer existed in the country.

In addition to a handful of hopeless candidates, there were only three parties that would decide the outcome of the election: The ruling MAS of Evo Morales, Comunidad Ciudadana (CC) with ex-President Carlos Mesa and “Bolivia dice No” (Bolivia says no) the agricultural entrepreneur of the Lowlands around Senator Oscar Ortiz. While Mesa stands for a mainly urban center-left bourgeoisie, Ortiz and the economic elites of Santa Cruz have come to terms with the MAS for about ten years.

Bolivia is a country located in South America according to themakeupexplorer. The electoral law reformed by the MAS government stipulates that a candidate is already elected to the presidency in the first ballot if he (or she) wins more than 40% of the vote and at the same time there is a gap of more than 10% to the runner-up. Otherwise, there will be a second ballot for the two best placed. There was consensus among the political observers that Evo Morales would be hopeless with the MAS against the collected opposition votes.

When on election evening, after more than 80% of the votes had been counted, the 10% lead required for the MAS was not available, the government had the rapid counting stopped. When the website was put back online after an interruption of more than 20 hours, the necessary lead by a hair’s breadth was miraculously created. Hundreds of videos and reports of irregularities, tampering and forgery made the rounds on social media. Regardless of this, Evo Morales declared himself the election winner – without waiting for the final result of the electoral authority.

As a result, the population – especially in the big cities – began to protest against the election fraud. Contrary to the government’s calculations, the population was not silenced either by miners throwing dynamite or by the widespread use of thugs and the brief mobilization of coca farmers from the Chaparé and the local neighborhood associations from El Alto. When the written report of the OAS observer mission was published in the early morning hours of November 10th, which found extensive election fraud, the president found himself so cornered that he took an airplane to his home town of Chaparé.

After parts of the police refused to take action against the demonstrating population on Friday, the army did not want to take on this task in view of the now officially confirmed electoral fraud and suggested that President Morales resign in order to pacify the country, as briefly the trade union umbrella organization COB had done before. Surprisingly, Evo Morales did not receive any noteworthy support at these crucial moments, neither from the party nor from the social movements loyal to him to date.

So it happened that Evo Morales announced his resignation as President of Bolivia at 5:50 p.m. local time after almost 14 years in office. Immediately afterwards, Vice President Álvaro García and the chairmen of the Senate and Parliament resigned, which led to a power vacuum. At the same time, Evo Morales, now in exile in Mexico, ordered his base to besiege and starve out in the big cities.

Taking into account the constitutional order of office, the first deputy chairman of the Senate, Jeanine Áñez, appointed herself as the now highest representative of the legislature as transitional president, which was immediately confirmed by the constitutional court. Áñez has been in charge of official business since November 13th, with the main task of organizing clean elections as soon as possible. 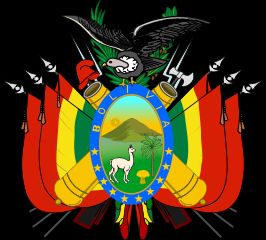 The transitional government, in office since mid-November, was initially confronted with a difficult political legacy, because the previous Congress continued to exist due to the cancellation of the elections in October 2019. There the formerly ruling MAS continued to have a two-thirds majority.

At the beginning of March of this year, the corona pandemic was added as an additional challenge for an improvised and improvising government. In addition to some controversial personnel decisions and a high level of corruption, the announcement of her candidacy for the office of president must be seen as not very helpful for the pacification of the country by the transitional government under Jeanine Añez.

The election date, originally set for May 3, was initially suspended due to the looming corona crisis. September 6, 2020 was later set as the new election date, which was then postponed again to October 18.

Even if the heated mood immediately before the elections led to some violent attacks by radical groups on both sides of the political spectrum, the ballot itself went off without a significant incident. The turnout was very high at 88.4%. The big surprise came on the evening of the election: Contrary to all opinion polls, the new president of the country was already determined after the first ballot: Luis Arce Catacora, candidate of the MAS and long-time Minister of Economic Affairs under Evo Morales.

Together with his candidate for the office of Vice President, long-time Foreign Minister David Choquehuanca, the MAS achieved 55.1% of the vote. Far behind in second place, with 28.8%, was Carlos Mesa from Comunidad Ciudadana, the alleged winner of a second round of the canceled presidential elections in 2019. Luis Fernando Camacho, right-wing candidate from the lowland department of Santa Cruz, got around 14%.

For some observers, after this clear MAS victory, a dejá vu of the 2005 elections set in. At that time, the polls by the polling institutes had also seen the MAS in a good third of the votes – while Evo Morales was the first directly elected president of the country since democracy was regained with more than 53%.

The official handover took place on November 8th, ending one year of the transitional government under Jeanine Añez. The joy of some is roughly balanced with the horror of the other at the renewed government by the MAS. It is still unclear how much continuity and how much renewal can be expected from the leadership duo Arce-Choquehuanca at the top of the country. It is also difficult to assess what influence the former President Evo Morales, who returned to Bolivia on November 9, will have within the MAS and the government.