In parliament, Keiko Fujimori’s People’s Strength party had 72 (one member of parliament left the parliamentary group) of the 130 congress seats, giving it a clear majority. Surprisingly, the “Broad Front” has established itself as the second political force in Congress with 20 seats (one member of parliament left the parliamentary group, the “Broad Front” split at the same time), followed by “Peruanos por el Kambio” PPK with 18 seats. PPK is dependent on the parties that also supported his candidacy in the runoff election, but he could only expect 57 votes. Cooperation with the People’s Force will be necessary, at least its consent, otherwise the work of the executive can be blocked. Last November, Congress forced the resignation of the successful minister Jaime Saavedra through a vote of no confidence, thereby causing a government crisis. In May of this year the Minister of Transport became Martín Vizcarra was censored and in mid-June the Finance Minister Alfredo Thorne was withdrawn. Both had to leave the cabinet. On June 21, Interior Minister Carlos Basombrío was invited by Parliament to a hearing. He is the first minister not to be censored after the hearing. Since this situation could arise again, President Kuczynski seeks direct dialogue with the party leader of the strongest faction in parliament, Keiko Fujimori of the People’s Force. Last December, the conservative Archbishop of Limas, Juan Luis Cipriani, facilitated a conversation between PPK and Keiko Fujimori. Newspaper reports, according to the PPK, ex-President Alberto Fujimori was pardoned before July 28, 2017. This should have helped improve relations between the executive and parliament.

In the presidential elections on April 10, 2011, the representative of the nationalist party Gana Peru, Ollanta Humala, won with 31.69% of the votes, followed by Keiko Fujimori, daughter of the ex-President Alberto Fujimori, of the newly founded Fuerza 2011 with 23.55 %, Pedro Pablo Kuczynski, the former Minister of Economic Affairs of Toledo, with 18.51%, the former President Alejandro Toledo of Peru Posible with 15.63% and the former Mayor of Limas Luis Castañeda with 9.83%. This made a runoff between the left-wing Ollanta Humala and the conservative Keiko Fujimori necessary. Keiko gave the poll results up to a week before the runoff election on June 5, 2011 a narrow majority, but his opponent Humala prevailed with 51.45% of the valid votes.

The election campaign was marked by strong polarization and aggressiveness. While the supporters of Fujimori (the dominant economic groups, the upper class, large parts of the Lima population and the northern coast) painted the picture of a communist and pupil Hugo Chávez on the wall, the advisors and supporters of Ollanta (lower classes and people of the south and the East) the authoritarian and corrupt government as well as the blatant violations of human rights and the involuntary sterilization of women under Alberto Fujimori. Keiko Fujimori did not manage to distance herself from her father, especially since her closest advisers, confidants and members of parliament also played an important role in her father’s government. Furthermore, the support of the mass media (TV and radio stations as well as newspapers) was so obvious to Fujimori that that a conspiracy against Humala had to be considered. Finally, Humala managed to win the votes of the undecided (around 10% of the electorate) at the last television duel and closing event. The side of the Nobel Prize winner Vargas Llosa, who vehemently opposed a dictatorship under Keiko Fujimori, should also have decisively led to this change of opinion. After the election results were announced, the Peruvian stock exchange crashed. The conciliatory nature of Humala and the first trip abroad to Brazil, Uruguay, Paraguay, Argentina and Chile, stopped the development of the stock exchange and calmed his opponents.

According to estatelearning, the results of the congressional elections on April 10, 2011 did not give any party a clear majority, which means that the party of election winner Ollanta Humala, Gana Peru, is dependent on alliances with other parties. The congress consists of 47 representatives from Gana Peru (Ollanta Humala), 21 from Peru Posible (Alejandro Toledo), 37 from Fuerza 2011 (Keiko Fujimori), 12 from Alianza por el Gran Cambio (Pedro Pablo Kuczynski), 9 from Solidaridad Nacional (Luis Castañeda) and 4 from the ruling APRA. After negotiations between Gana Peru and Peru Posible, a wafer-thin majority with 68 out of 130 seats for the ruling party in Congress is emerging.

The priorities of the government policy of President Ollanta Humala can be read from the “hoja de ruta” (roadmap). This is a weakened version of the original party program and was published before the runoff election to reassure voters. 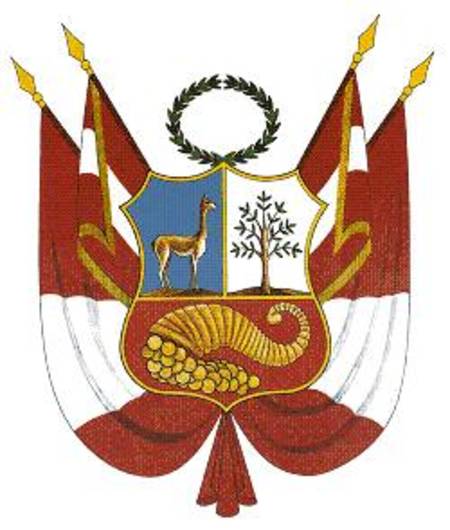