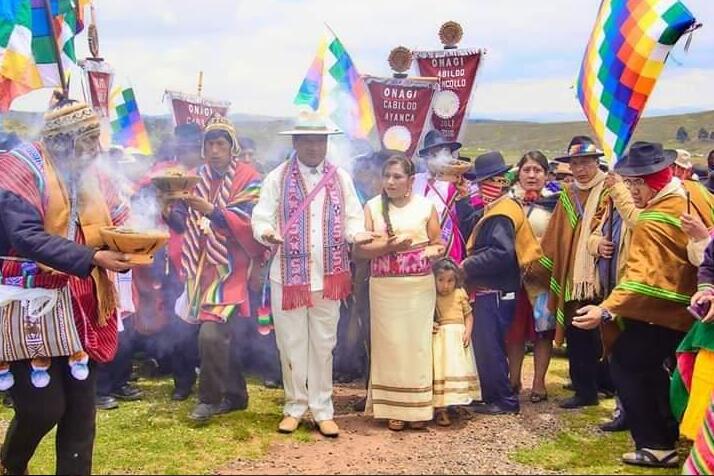 In the elections for the mayor of Lima, the representative of the popular action Jorge Muñoz won with 36.2% of the vote. Three weeks earlier it was 4% in the polls. The big winners of the local elections were Popular Action and César Acuña’s party, Alliance for Progress. The big loser in this election is Keiko Fujimori’s popular power.

In the regional elections, candidates were only able to prevail in 6 regions in the first ballot; they were able to pass the 30% hurdle. There was a runoff election in 15 regions on December 9th.

Overall, it can be said that the fragmentation of the party system in the regions continues unchanged: of the 25 governors, only seven come from established parties, all others come from local regional movements. In the Andean mining region of Puno in the south, Walter Aduviri, an Aymara leader, won with 44% of the vote in the first round (the highest result in all of Peru).

Regional and local elections on October 5, 2014

In the local elections in the capital Lima, as expected, the former mayor and ex-presidential candidate Luis Castañeda was elected as the new mayor with more than 50% of the vote. Far behind and surprisingly came the representative of the social democratic APRA, Enrique Cornejo with 17.7% of the vote, followed by the current mayor, Susana Villarán, with 10.6%.

On March 17, 2013, Susana Villarán de la Puente and a large part of the city council had to face impeachment proceedings. She herself was just confirmed in office, but her party lost almost all of the seats on the city council.

In the by-elections of city councils in the city of Lima, the Christian Democratic People’s Party (PPC) won 30% of the vote on November 24th. She hereby receives 7 of the 22 elective city councilors.

Local and regional elections of October 2010

The penultimate local and regional elections took place on October 3, 2010. The fight for the mayor’s office in Lima was decided by a narrow margin of around 30,000 votes (less than 1% of the valid votes) in favor of the leftist candidate “Fuerza Social”, Susana Villaran. The representative of the “right” PPC, Lourdes Flores Nano, had to be satisfied with a 2nd place again.

Press and other public media

According to computergees, the mass media of Peru are characterized by the fact that they are mostly in the hands of a few groups and are therefore prone to corruption.

With a circulation of around 0.5 million (2003), El Comercio is the largest of the 21 daily newspapers. It has belonged to the Miró Quesada family since it was founded in 1839, is considered a quality paper and is conservative. Your competitor is the liberal La República with around 150,000 readers. This is followed by the tabloids La Razón and “El Chino” by the Wolfenson family, each with 100,000 readers. Other print media include the weekly Caretas magazine and the bi-monthly Que Hacer magazine published by the DESCO research center.

The television landscape consists of terrestrial and cable channels. The publisher “El Comercio” bought the cable channel Canal N and acquired 33.33% of the shares of the terrestrial broadcast Canal 4 (America Televisión). Other owners are the La República publishing house and an offshoot of the Colombian media group Caracol. America Televisión is after Canal 5 (Panamericana Televisión) the program with the largest viewership in the country.

In the broadcasting sector, 65 religious, non-profit, communal and culturally oriented stations have come together under the umbrella of the “Coordinadora Nacional de Radio”. The radio station Radio Programas del Perú RPP is one of the most popular stations in the country.

Violations of the freedom of the press are not uncommon.

In the 1980’s and 1990’s the armed movement of the Sendero Luminoso and the security forces of the police and the army committed massive human rights violations. The Truth and Reconciliation Commission (WVK) presented its report in 2003, which should help to clarify and deal with these offenses and to contribute to reconciliation. Well over 10 years have now passed and important recommendations of the WVK have not yet been implemented. Even under the democratic government of Humala, the rights of the indigenous population (forced sterilization, pseudo-consultations) are not respected. In September 2014 are leaders from indigenous peoples been killed. The ombudsman’s office and the IDL institute campaign for the rights of disadvantaged groups and individuals.