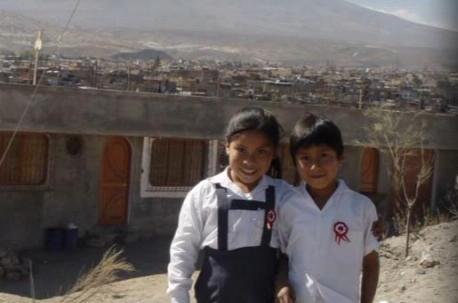 Schoolchildren from a slum

In recent years the government has made great efforts to promote the educational system. In 2005, 17% of the state budget was devoted to this area, which corresponds to 2.8% of the gross domestic product. According to CEPAL, the average in Latin America is 18% and 4%, respectively.

The degree of literacy could be increased to 91.6% through targeted expansion of the school system (2005). Attending public schools is free of charge. School attendance is compulsory for 11 years (2002–2003); however, there are too few schools, especially in rural areas.

The education system of Peru is roughly divided into three levels:

There are state and private institutions, the latter being attended by children from the higher-income classes and having a high quality of education. The great rest of the poorer private and state schools and colleges cannot offer comparable quality.

The bilingual education (Spanish-Quechua) was introduced under Velasco Alvarado in the 70’s. At that time, GTZ was carrying out a model project in Puno. One of the main difficulties was and is the sensitization of teachers for bilingual education, as they often have insufficient training themselves and their awareness of their own mother tongue is rather negative. In an education system geared towards monocultural and monolinguistic upbringing, social advancement is usually only possible for those who ignore their own indigenous language as much as possible and try to learn Spanish as well as possible and to adapt to the Spanish and American-oriented culture.

According to areacodesexplorer, there are over 40 universities in Peru, more than half of which are state-run. The largest universities include the State Universities of San Marcos in Lima (1551), San Agustín in Arequipa (1828), San Antonio Abad in Cuzco (1962) and La Libertad in Trujillo (1824).

The following links lead you to activities of individual institutions and organizations in the field of education: 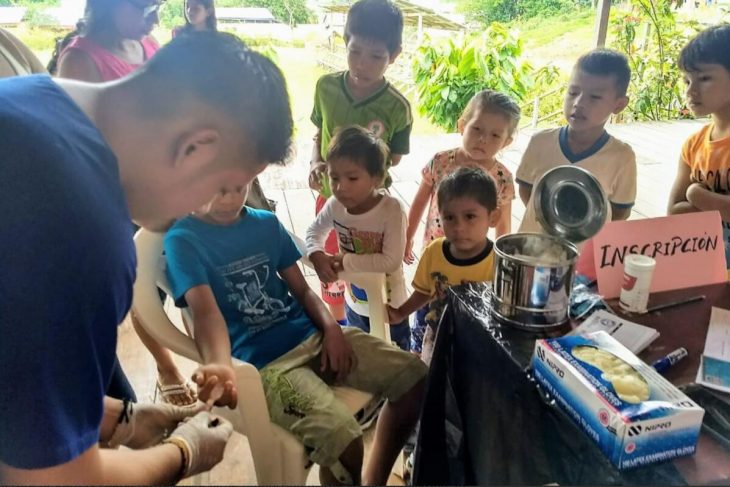 In Peru, the same applies to the health care system as to the education system: medicine is a service. Those who have money receive good medical care, those who do not have none. Health and social insurance does exist, but it only covers around 20% of the population. There are also (too few) government medical stations and hospitals where treatment is free for those in need, but their condition is usually poor and there is a lack of staff, equipment and medication everywhere. There are also government programs such as the fight against cholera, tuberculosis, yellow fever, dengue and Zika or programs for family planning, but they are far from reaching everyone. In 2020 they died as a result of dengue fevertwelve people in January and February. Last year, too, this disease left many dead in Peru and on the entire South American continent.

The age structure of Peru is characterized by a large proportion of the young population. In 2000 the proportion of people under the age of 15 was 37%. According to the UNDP, life expectancy is 74.8 years (2015), while child mortality is still quite high at 13.1 / 1000 (2015). Malaria, chagas, yellow fever and cholera are still common in large parts of the country due to malnutrition and poor housing conditions. More information on Peru and the health situation in the country can be found at the PAHO (Pan American Health Organization).

Peru has a decentralized health system managed by five institutions:

the Ministry of Health (MINSA), which provides health services to 60% of the population;

EsSalud, which covers 30% of the population; as well as the Armed Forces (FFAA), National Police (PNP) and the private sector, who collectively provide services for the remaining 10%.

The result of this system is that service and insurance providers often have overlapping functions and poor coordination.

Although in recent years the health personnel(Doctors, nurses, etc.) has increased (17.8 per 10,000 residents), there is a geographical inequality. While the population of Lima and the cities on the coast are relatively well supplied, the supply in the regions of Piura (9.6), Lambayeque (10.7) and Loreto (10.8) is below average.

The PAHO is funding a project for expectant mothers in indigenous communities in the north-western region of Loreto and a German couple of doctors has built a high-tech children’s hospital with donations in rural areas.