The impact of the corona pandemic on production in the country in March and April 2020 is devastating. The INEI gives the decline in sectoral production in April as follows: 57.82% for fisheries, 42.29% for mining, 54.91 for manufacturing, 89.91% for construction, 65.41 for retail, 94.55% for hotels and restaurants. Only agriculture was able to post a positive result with growth of 0.57%.

In terms of the export contribution of the economic sectors, the mining sector is the most important. Peru is the world’s largest producer of silver, the second largest of copper and zinc, the third largest of tin, the fourth largest of lead and molybdenum and the fifth largest of gold. Mining exports in 2012 amounted to 25.9 billion US dollars, which means a growth of approx. 43% compared to 2008 (18 billion US dollars). In 2019 they amounted to US $ 28 billion (with oil and derivatives, 31 billion). In addition, exports from this sector accounted for 58.9% (with oil 65%) of total exports. This significant increase is linked to the high production volumes and world market prices for raw materials.

New export opportunities are opening up in the production of uranium and lithium after the Canadian company Plateau Energy Metals PLU recently made a new discovery of lithium and uranium deposits in Falchani, which are located in the 910 km² Macusani project area in Puno. The Canadians have been working in Macusani for 5 years, the exploration and study work are well advanced and production is scheduled to start in 2020. Another Canadian company, Azincourt Energy Corp. signed a letter of intent at the beginning of the year to acquire a 300 km² area west of Macusani / Puno in the Cusco region. PLU issued on 07/16/2018 Macusani announced the project status to the public at a press conference in Lima.

Agriculture contributed around 15% of the export contribution in 2019 and has become much more competitive in recent years. According to cheeroutdoor, Peru is the largest exporter of asparagus and blueberries in the world and has the highest productivity in the world for the cultivation of mangoes, asparagus, sugar cane and other agricultural products. The share of non-traditional agricultural exports has increased steadily in recent years and reached 6.3 billion in 2019 (2013: 3 billion US dollars). The agricultural export economy is primarily located on the coast, with subsistence farming being practiced in the highlands. East of the Cordilleras, 42,900 hectares of coca were cultivated in 2014, making Peru the second largest producer of coca and thus also – potentially of cocaine.

The fishery has lost with exports of 1.9 billion US dollars in 2019 increasingly important.

Since the 1990’s, tourism has grown in importance thanks to state tourism subsidies. In 2019, around 4.4 million (2012: 3.2 million) tourists streamed into the country and brought around 5 billion US dollars in foreign currency to Peru. The contribution of this sector to GDP was 4% and created 400,000 direct jobs (about 1.6 million other people indirectly benefit from it). The industrial sector and the service sector are also showing dynamic development. COVID-19 has hit tourism hard. International business flights and travel agencies will only open from October 5, 2020. The losses in this sector are huge. For 2020, a maximum of 1.0 million tourists are expected. 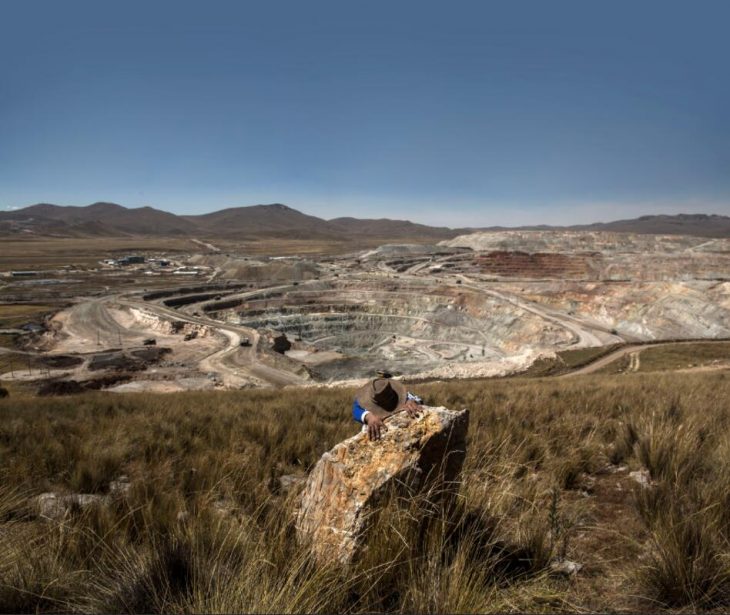 The export development gained in importance in 2017/18. In 2018, at 49 billion US dollars, they were almost 4 billion more than in the previous year (this and all other data come from the Peruvian central bank). The trade surplus was 7.2 billion in 2018 (2017: 6.7 billion US dollars). Imports increased by around 3 billion (2018 to 2017). 3.2 billion US dollars were transferred by Peruvians from abroad in 2018 (2016: 2.8 billion US dollars), which has a positive effect on domestic demand and private investment. A key component of a successful export policy is the conclusion of free trade agreements and participation in international trade fairs. In recent years, numerous Peruvian companies have taken part in international trade fairs: For example, in Germany at trade fairs such as Fruit Logistica, BioFach, ITB or currently from October 5 to 9, 2019 at ANUGA part. Significant business deals are made at these fairs.

The foreign exchange reserves amounted – according to the National Central Bank of Peru BCRP – end of Q1 2019, US 63 billion dollars and have almost quadrupled compared to 2006 (17.275 billion US dollars). The national debt in September 2018 was around 174.6 billion soles. The state’s foreign debt was 61.6 billion soles. National debt accounted for around 20% of GDP in 2018, and external debt totaled 35.8% of GDP (one of the lowest ratios in the South American context). Peru now has more foreign currency reserves than public foreign debt and the finance minister is running in budget surpluses.

Despite all the optimism, a considerable structural weakness in the Peruvian economy cannot be overlooked: Peru’s most important mainstay is mining. In the medium to long term, this could dampen the positive overall economic development, as a fall in international raw material prices would already have negative effects.