In Peru, wealth is concentrated in a few cities, mostly on the coast, while the rural population of the mountains lives in poverty.

From the beginning, the Humalas government attached great importance to the question of social “inclusion” within government policy. The Ministry of Development and Social Inclusion, created in 2011, has bundled programs that were previously scattered in different ministries (Presidential Office, Ministry of Women, etc.) into one authority in order to be able to take targeted and effective action against poverty. The new policy approach, programs, actions and participation of the target groups are described in detail in ” Estrategia Nacional de Desarrollo e Inclusión Social “. Social programs that help fight poverty.

The APCI, Agency for the Coordination of International Cooperation, which is responsible for development cooperation on the Peruvian side, has declared the fight against poverty to be a priority in accordance with national government policy. A correlation between extreme poverty in the regions and the development cooperation carried out for 2005 shows that poor regions such as Huancavelica, for example, receive significantly less funding than Lima and Cuzco. The APCI pursues a policy to involve regional governments more closely in the localization and implementation of development projects.

When coordinating development cooperation with foreign donors, these objectives are also pursued, as demonstrated by the country strategy papers with the EU, IADB and other donor countries (such as UNDP).

It remains to be seen whether the rural, poor agricultural population will benefit from the positive economic and export development despite efforts by state policy. If this is not the case, the poverty gap will widen, which can lead to heightened domestic political tensions in the future.

There is a consensus within Peru to act against poverty (national agreement and round tables on poverty reduction), and under the government of Martín Vizcarra, the adherence to this strategy was confirmed – with the support of international institutions such as UNDP. Peru has also committed to achieving the SDGs by 2030.

Other social indicators have improved in recent years, for example Peru was ranked 82nd out of 188 countries in the Human Development Index 2018 (2004: 85). The current Human Development Report 2020 offers further statistical evaluations.

The 2013 Human Report found that while people have more money in their pockets than in previous years, government services for education and health are low. It is alarming to note that the activities that generate more income cause great damage to the environment.

A creeping productive revolution has been taking place in the Peruvian mountains since 1995. In a municipality in the Departamento de Cusco, the farmers’ association “Federación Departamental de Campesinos del Cusco”, with the support of the Institute for Alternative Agriculture IAA, initiated the program ” Sierra productiva ” (productive mountain country), which has since been successfully replicated in various areas and communities becomes. At its core, the project consists of 18 exquisite customized technologies to be implemented in small farms affected by extreme poverty. The Yachachiqs (local knowledge brokers) play a key role in this process. By 2010 this initiative had succeeded in lifting more than 35,000 families out of extreme poverty in various areas of Peru. The regional governments of the three poorest regions of Peru, Apurímac, Ayacucho and Huancavelica, have decided to introduce these technologies in all small farms. These technologies are already being used in other regions as well.

According to businesscarriers, for a long time, Peru was the focus of development cooperation between various institutions. The World Bank (WB), for example, carries out most of its projects in South America – after Brazil and Argentina – in Perú. The approved World Bank projects deal with the promotion of rural development, rural road construction and rural electrification. However, the Inter-American Development Bank (IEB) has replaced the World Bank as the largest lender in Latin America. The USAID has approved for Peru means in recent years dramatically scaled back, remains the largest donor of ODA with 87.603 million US dollars to Peru in 2010. The American agency finances projects to improve health and education, to promote democracy and economic development, in particular through trade agreements. The Spanish development agency AECI and the Swiss COSUDE are active in various areas in the country.

Peru is the largest recipient of German economic cooperation in Latin America. Peru is a partner country of German development cooperation. Since the beginning of bilateral cooperation, Peru has received a total of around 2 billion euros in total payments within the framework of Financial Cooperation (FC) and Technical Cooperation (TC). German development cooperation focuses on: democracy, decentralization, civil society and public administration reform, drinking water supply and wastewater disposal as well as sustainable rural development and the protection of natural resources. Germany also supports Peru in fighting poverty. On June 23, 2020, the “Rapidly Deployable Health Expert Group” (SEEG) sent to Peru to support the country in fighting COVID-19 for two weeks. The delegation, made up of a GIZ expert and a Charité virologist, handed over laboratory material and 100,000 corona test kits to the Peruvian health institute.

The German Society for International Cooperation GIZ GmbH (an association of GTZ, DED and Inwent) is involved in the fight against poverty and in other areas (democracy, water and rural development). The KfW supports projects for drinking water supply / sanitation, rural development and the financial sector through loans. The political foundations, the Friedrich Ebert Foundation (FES), the Konrad Adenauer Foundation (KAS) and the Hans Seidel Foundation (HSS) have offices in Lima and oversee numerous projects on site. 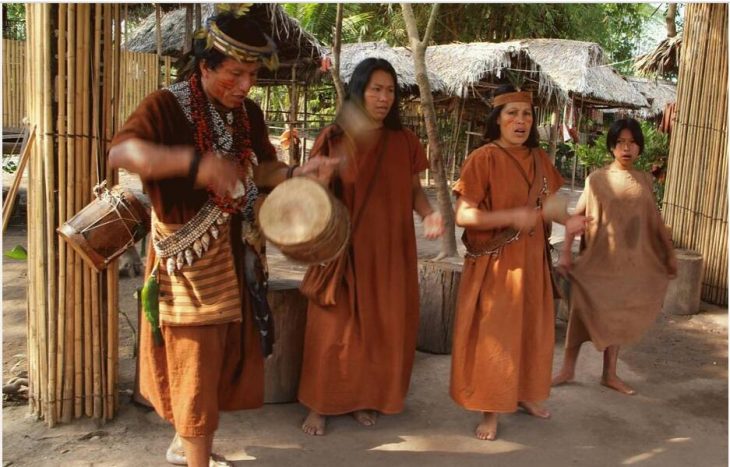