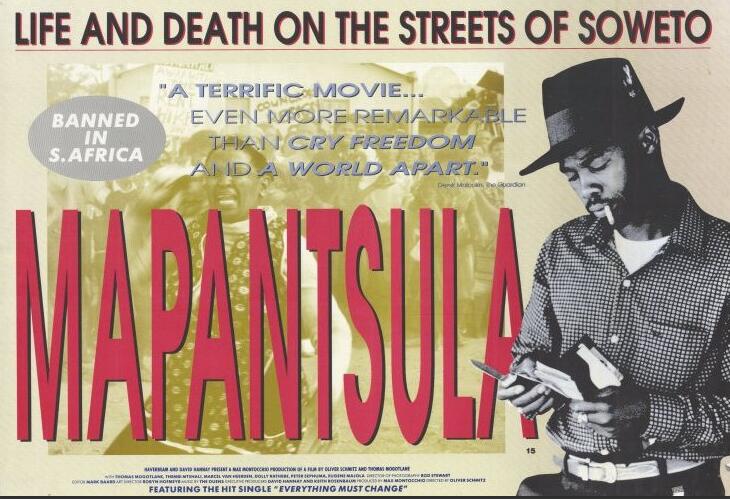 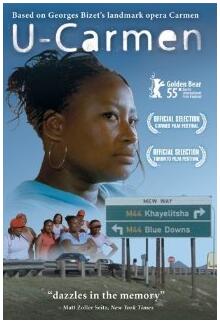 South African filmmaking is prospering. A prelude was the awarding of the Berlin Bear to the opera film ‘U-Carmen e-Khayelitsha’ in 2005. The film director was the South African-British director Mark Dornford-May. In the same year the film ‘Drum’ by Zola Maseko received an award at the Fespaco Film Festival in Ouagadougou. This most important African film festival honored the cinematic reappraisal of the great cultural and socio-political importance of ‘ Drum’, the legendary magazine in South Africa during the 1950’s. Zola Maseko who, like his parents, fought the apartheid regime and made the short film ‘Foreigner’ about xenophobia in South Africa in 1994, is also known for his award-winning documentary ‘The life and times of Sarah Baartman’ (about racial anthropology and slavery). Like Drum and Carmen, this film is available in Germany. 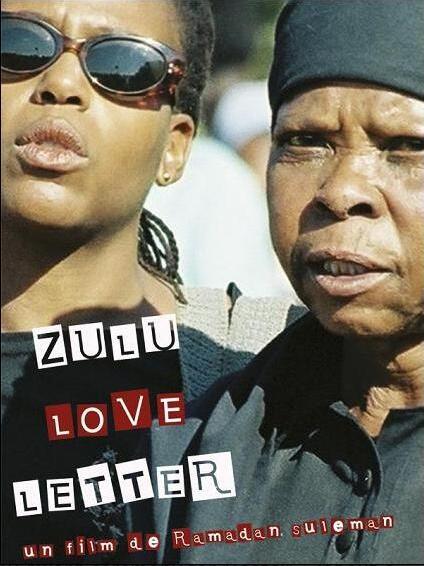 As early as 2004, Ramadan Suleman’s feature film ‘Zulu Love Letter’ about anti-apartheid women in the context of the Truth and Reconciliation Commission (1996-1998) at the Ouagadougou film festival was awarded for the acting performance of the protagonist; in the following years it received further awards. Members of the apartheid victims’ organization Khulumani contributed to the making of the film. It is awarded and sold in Germany by the Evangelical Center for Development Film Distribution (EZEF) in Stuttgart; In cooperation with the Federal Agency for Civic Education, informative didactic accompanying material was created. About the history of film and filmmaking in South Africa informs South African History. 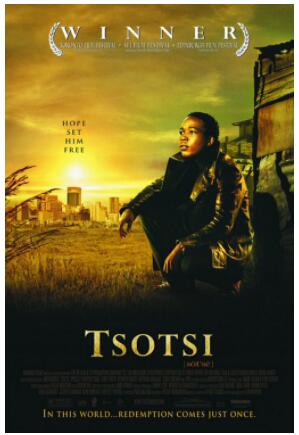 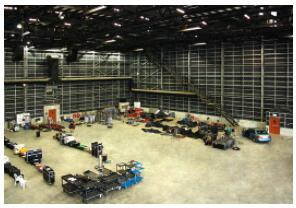 The Oscar / Academy Award ceremony for “Tsotsi” (about a young gangster) as the best foreign language film in 2006 brought South African cinema a great deal of attention internationally and thus also in Germany. Hollywood has been interested in the South African film industry at least since the success of “District 9”, a US science fiction film. District 9 had a forerunner, the South African short film ‘Alive in Johannesburg’ about extraterrestrials in apartheid society, in which the South African-Canadian filmmaker Neill Blomkamp was also the director and screenwriter. The title District 9 is based on District 6 in Cape Town, which was flattened by the apartheid regime.

In 2010 the new and ultra-modern Cape Town Film Studios opened in Cape Town, they are Hollywood standard. There are now around 90 production companies in the greater Cape Town area. Annual film fairs and South Africa’s participation in international film fairs contribute to the expansion of this economic sector. South Africa’s New African Investments, divided into New African Capital, New African Media and New African Media Films, are the financially strongest players in the South African film and media market. The Sasani Group and the Whole Lot are leaders in film technology and logistics. Many feature and television films have already been shot in the greater Cape Town area. The technical equipment is considered excellent and the employees are valued as highly competent. Added to this are the low costs, good weather conditions, the variety of landscapes and the accommodation of the often demanding actors in 5-star hotels.

For example, ‘Blood Diamonds’, about the war in Sierra Leone, financed with blood diamonds, in which Leonardo DiCaprio portrays a South African diamond smuggler and mercenary, was not filmed in West Africa but in South Africa. As a major country in African continent according to baglib, South Africa is also frequently involved in international co-productions, such as the feature film ‘Hotel Ruanda’ about the genocide in 1994, shot in Johannesburg. Nevertheless, international film teams complain about the sluggish bureaucracy that local filmmakers also suffer from.

Films like ‘Schande’, a South African-Australian co-production based on the novel by JM Coetzee, and the US production ‘Invictus’ by star director Clint Eastwood about Nelson Mandela (played by Morgan Freeman) and the rugby world championship of 1995 thematized the challenges in overcoming apartheid. Skin, a British-South African co-production about Sandra Laing, which was classified as “black” despite “white” parents during apartheid, show the international film industry’s interest in South African topics. 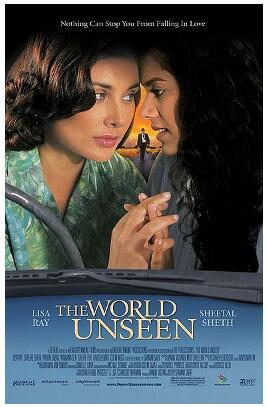 The feature film ‘ The World Unseen’ by Sharim Sarif deals with the forbidden love of two lesbians of Indian origin in apartheid South Africa and the criminalized love of a white older woman for a “Colored” man – masterfully played by David Dennis, one of the best actors in South Africa, who also teaches acting. This award-winning film has been presented at numerous film festivals. 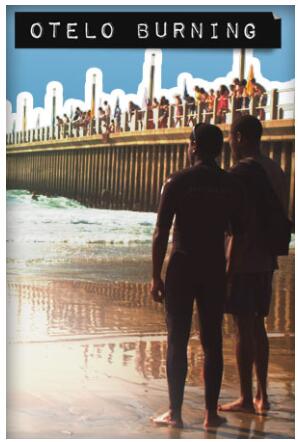 The award-winning feature film ‘Skoonheit’ (Beauty) by Oliver Hermanus has been shown at several festivals, illustrating the hypocrisy and the destructive consequences of Boer norms of masculinity in white families and towards other men. Shepherds and Butchers About Apartheid Offenders, a feature film by Oliver Schmitz, was shown at the 2016 Berlinale.

The fiction film Otelo Burning deals with different ideas about masculinity and their changes. Here the protagonists are young blacks from a politically contested township near the coastal city of Durban. The multi-award-winning feature film by Sara Blecher visualizes her enthusiasm for surfing, which in the 1980’s and 1990’s was associated with special masculinity ascriptions. The multi -award-winning feature film ” The Wound / Inxeba ” about the initiation of Xhosa boys and homosexuality was officially proposed by the national film and video foundation for the 2018 Oscar nomination as best foreign language film in 2018. This fact creates joy and pride among those interested in culture and film, and criticism and threats among neo-traditionalists.

In the metropolises of South Africa there are several film festivals every year, such as the Durban International Film Festival, which is organized by the Center for Creative Arts at the University of KwaZulu-Natal. Further film festivals are the Encounters Documentary Film Festival and the Film Festival in the greater Cape Town area, which especially offer platforms for South African filmmakers. They are also showcases for the films funded by the Ministry of Culture, specifically by the national film subsidy. The universities in Cape Town and Durban as well as the Technicon Tswane offer several courses in film and media studies. Television films for their own market were increasingly shot with the first private television stations from 1995 – (early evening) series were soon added, while television was strictly controlled by state institutions during apartheid and was primarily used for media propaganda.

The history of film and cinemain South Africa goes back to the founding of Johannesburg. It started with the first films at the end of the 19th century, and in 1938 nationalist propaganda films were shown, especially on the 100th anniversary of the so-called great trek of the Boers. Censorship began in 1939. From the 1940’s, film production was separated according to the apartheid ideology: technically inferior and cheap films for the black majority versus entertainment films and ideologically colored documentaries for the white minority. Their poor quality was also a reflection of South Africa’s international isolation. The film “The Gods Must Be Crazy”, in which apartheid kitsch and ethno-romanticism were mixed, achieved international fame despite the defamatory portrayal of the Bushmen / Khoisan. The national film archive in Pretoria provides insights into this time.

The African Media Program Database, which was created in the mid-1990’s in cooperation with media studies at Durban University and the African Studies Center, Michigan State University, contains information on several thousand South African film recordings. The associated South Africa Film and Video Project collects films from the resistance struggle. The Community Video Education Trust Archive makes extensive film and sound recordings publicly available, including some historically significant documents by Nelson Mandela. The video, interview and document collections ” Overcoming Apartheid” are very clear, easy to use and informative.with many reports from contemporary witnesses. The chronological, seven-part and multi-award-winning documentary film series ‘Have you heard from Johannesburg’, which also contains numerous detailed biographical information about well-known companions of Nelson Mandela, provides information about the resistance in South Africa and the anti-apartheid groups in Europe, the USA and New Zealand as well as web links to archives and research centers. 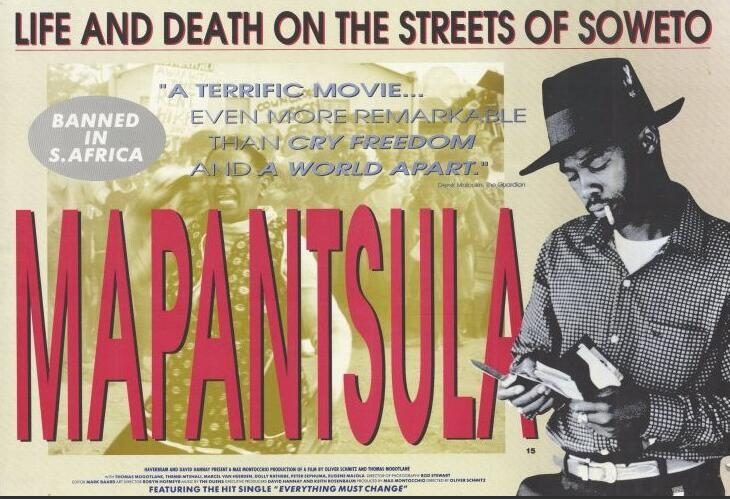 It was not until the mid-1980’s that individual independent films were made, for which filmmakers received shooting permits because they applied for black gangster films. ‘Mapantsula’ by Oliver Smitz and Thomas Mogotlane were among them. It was shot by a private film company and mostly in studios in Johannesburg and has been shown worldwide, including in Cannes.

The 1998 feature film ‘The man who drove with Nelson Mandela’ about theater director Cecil Williams, who is also deputy chairman of the Congress of Democrats, communist, member of Umkhoto we Siswe, homosexual and representative of an anti-fascist war veterans association, also has historical and socio-political significance was. 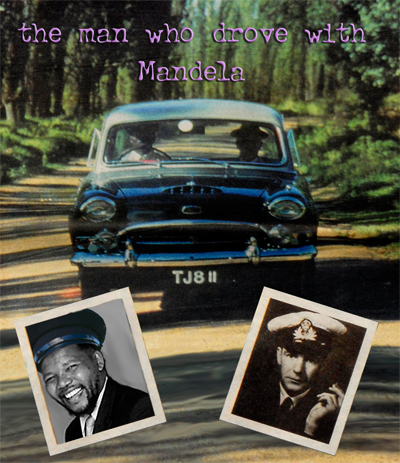 Movie cover – The man who drove with Nelson Mandela

1991/1992 ‘ Sarafina’ was filmed in Soweto, with the well-known American actress Whoopi Goldberg played a leading role. This feature film by Darrell Roodt was based on a musical about the school uprising in Soweto, which was performed in Johannesburg and New York. While the film Sarafina received not only positive reviews, the feature film ‘Yesterday’ (2004) about an HIV-positive woman and her daughter, also produced by Roodt, was nominated for an Oscar.

Critical South African-German productions include the documentary films ‘Hillbrow Kids’ 1999 by Michael Hammon about street children in Johannesburg and ‘Memories of Rain’ 2004 by Gisela Albrecht about black and white former Umkhonto we Siswe members.

Evictions are the subject of the documentary ” Dear Mandela “. It shows the problems of the residents of an informal settlement in Durban and has received several international awards.

The South African filmmaker Don Edkins has received numerous awards for his documentary films ‘ Steps for the Future’ about HIV-positive people (children, adolescents, mothers, migrant workers and the courageous HIV / AIDS activist Zackie Achmat). Steps for the Future has developed excellent media educational material. Steps for the Future was awarded the Special Teddy Award for AIDS education during the 2013 Berlinale. Steps cooperates with Caretakers – Films for Environmental Education.

‘ Themba ‘ is one of the didactic films that have meanwhile been made in South Africa for HIV / AIDS awareness work. The feature film ” Life above all ” by Oliver Schmitz about the courageous confrontation of a young girl with HIV / AIDS also provides a lot of discussion impulses for young people in South Africa and Germany in particular.