Since the mid-1980’s, more and more non-governmental organizations have emerged in Morocco that work for democracy and for equality between women and men. The best known of these NGOs emerged from the women’s groups of left parties. Over the decades, these former party groups have consistently gained their own feminist profile. The politically most influential of these NGOs are the Association Democratique des Femmes Marocaines (ADFM), the Federation de la Ligue Democratique pour la Défense des Droits des Femmes (FLDDF), the AMDF (Association Marocaine des Droits des Femmes) and the UAF, founded in 1987(Union de L’Action Féminine), which has more than 30 local chapters across the country. In addition to the politically anchored women’s rights NGOs, there are numerous cross-party, thematically working women’s initiatives that have come together to form action groups or long-term networks, such as the Jussour Forum, the advice center for female victims of sexist violence in Casablanca, as well as various coalitions and initiatives against gender-based violence Violence.

Several women’s and children’s rights organizations have joined forces in the Printemps de la Dignité campaign to fight for laws against gender-based violence.

There is currently no feminist magazine in Morocco. The glossy magazine Femmes du Maroc reports not only on fashion but also on women’s emancipation in business and society.

According to mathgeneral, the family is still the linchpin of social life in Morocco. You spend a lot of time at home and like to get closer together, especially when eating together at the round table and watching TV in the evening. In addition to the representative salon, middle-class families often have a smaller room with a low dining table and canapés, where you can relax with mint tea to chat and watch TV. In Morocco, “family” is associated with emotional security, a feeling of belonging and economic security.

The ideal of marriage and the family are conservative in Morocco. In fact, the family as an institution is experiencing profound change. Large families with the father as the main breadwinner are becoming increasingly rare. The number of large families has decreased noticeably overall. The average age at marriage has risen sharply (women approx. 27 years, men approx. 30 years). The national average has halved the number of births per woman since the early 1970’s. Small families with two children are becoming increasingly popular, especially in the big cities. This is accompanied by a change in role models. The traditional distribution of roles, in which man earns a living and woman obeys, is still stylized as an ideal and religiously embellished by many. But the fact

A specialty of Morocco is the high number of unmarried mothers. Very rarely is there a conscious decision to raise a child without the father. Most illegitimate pregnancies in Morocco are related to a lack of sex education, sexual exploitation and double standards. The independent non-governmental organizations INSAF and Solidarité Féminine are committed to the rights of unmarried mothers and their children in Casablanca. Both organizations also offer support programs to the women and children affected. The Berlin ethnologist Elke Duße has written an informative scientific study on single mothers in Morocco.

Abortion should be easier in Morocco in the future. Until 2015, women in Morocco were only allowed to have abortions if their life was in acute danger. Since 2015, it has also been possible to terminate the program if there is a risk to the mother’s health, if the child is seriously harmed, or in the event of rape or incest. In autumn 2019, several hundred women protested on the Internet against the criminality of extramarital relationships, including some prominent women from the cultural scene. 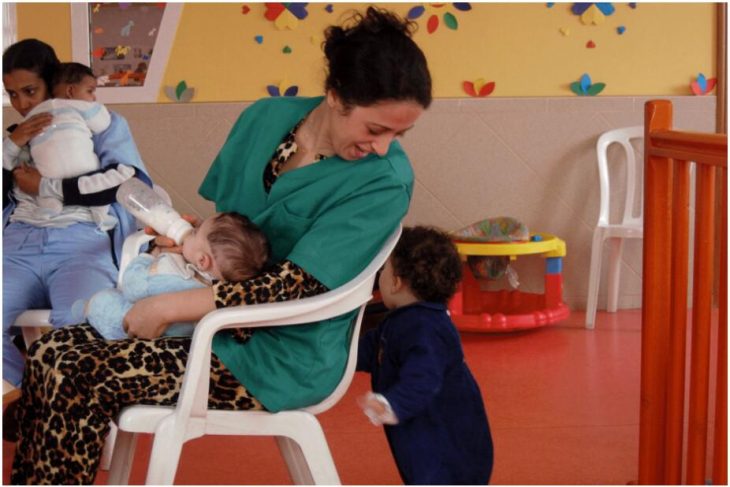 The Ministry of Health is politically responsible for medical care. The Moroccan health system has been expanded in recent years and compulsory insurance has been introduced for employees. However, most Moroccans still have to take care of their own health. Those who have a formal employment contract are officially insured, but many benefits still have to be paid out of pocket. Since 2002, low-income patients have had the opportunity to take part in the public Assurance Maladies Obligatoire (AMO) or the Régime d’Assistance Médicale (RAMED)to get treated. However, the public health facilities are often overcrowded and there are repeated reports that the nursing staff or the doctors also collect money. Those who can afford it use private doctors and clinics. Some dedicated doctors donate part of their working time and offer free consultations or treatments for the poor. Many mosque communities not only do charitable work in this way, but also recruit new members.

The budget of the Moroccan Ministry of Health amounted to around 6 percent of the state budget in 2018. There are a total of around 140 public hospitals and around 2,600 health centers (basic health services). Morocco has made improvements in some areas over the past few decades. Through special mother-child programs, more children were vaccinated and polio and smallpox were almost eliminated. Maternal and child mortality have fallen. Overall, however, the range of medical services on offer does not meet the needs of the population by any means. Every year tens of thousands of people die in Morocco from diseases that could be cured with little money. But the poor don’t have the money for counseling and medication.